A Bang and a Whimper: Threads and the Logical Conclusion of the Anthropocene 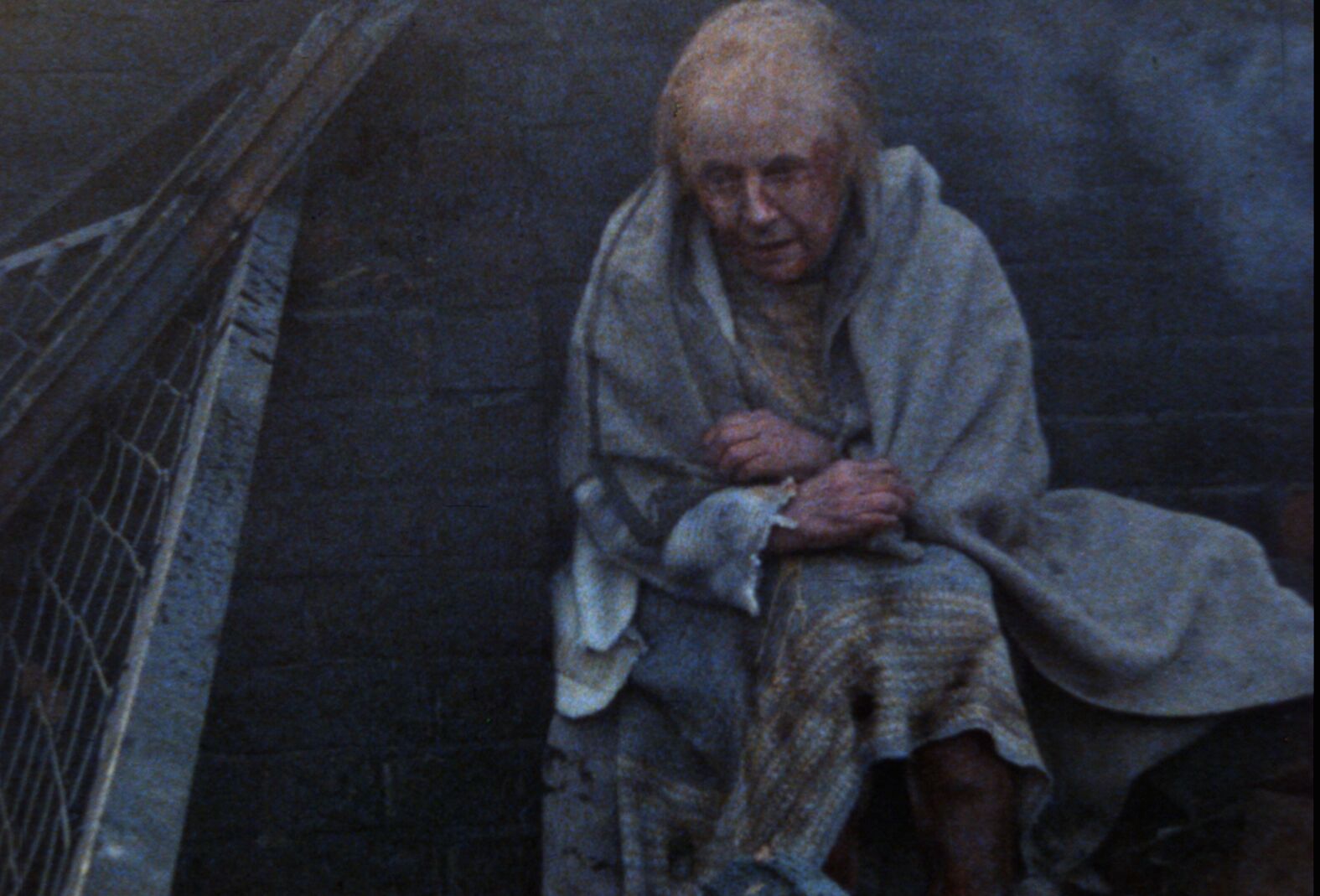 I was flipping through some old issues of Adbusters recently. This anti-advertising magazine still posits itself as ‘the journal of the mental environment’ and its pages offer a radical critique of consumer culture. Reading their gloomy outlook at the start of the Noughties it surprised me that so much is still so relevant or has gotten worse.

One issue, in particular, stood out. The Nov/Dec 2004 edition is built on the premise that a catastrophe of seismic proportions has disrupted and overturned modern civilisation. The pieces in the issue are dispatches of these new uncertain times where the once stable order has dissipated and old systems have broken down to the point of no repair. These texts have the quality of chaotic rants spoken at a moment when you desperately realise it is far too late to fix things:

“Our roads started to clog up and oil grew scarce and the blackouts began, and terrorism escalated, and the gulf between the rich and poor got wider and wider, and the weather kept lurching out of control and species went extinct by the dozen every day. And still, we didn’t listen. (…) You had enough reality yet?”

It is almost as if Adbusters wanted to counter these often quoted words by Frederic Jameson:

“It seems easier for us today to imagine the thoroughgoing deterioration of the earth and of nature than the breakdown of late capitalism; and perhaps that is due to some weakness in our imaginations.”

In these strange times where we have a stream of endless entertainment and consumption on the one hand and news about the potential and impending catastrophe on the other, I often wonder what can prepare us for the collapse that the magazine prophesizes. The neologism Anthropocene is a word that keeps popping up in this context. Although the use of the term is still not official it already seems to have caught the public imagination. It can be concisely defined as the name for the epoch where the human influence has a significant impact on Earth’s geology and ecosystems. Geologists are still debating about the exact starting point of this period. Curiously some of them have proposed that this epoch started with the Trinity Tests on July 16 1945. The day the first ever atomic bomb was detonated in White Sands, New Mexico. An event that has been hauntingly recreated in a sublime episode of Twin Peaks season 3.

If the Trinity Test can be seen as the start of the Anthropocene, then the events in Threads (1984) can be seen as its climax and logical conclusion. This British made for tv movie deals with the effects of a nuclear war. In its stark use of realism and a factual voice-over, it is closely related to Peter Watkins’ equally harrowing The War Game that was made in 1965.

Of all manmade things, atomic weapons have the most far-reaching effects on the environment and Threads hits you with fact after fact about what you can expect. It is one of the most extreme and emotionally draining movies ever made because it presents itself as a pure reenactment of something we don’t want to think about or can only imagine in our most dreaded nightmares.

From its start, this is a movie about civilisation and about the ties and responsibilities that keep us together as a society. This is shown metaphorically in the first scene by a spider that is weaving a web and that is held together by various threads. Curiously it reminds me of a sequence in Patrick Keiller’s enigmatic essay-film Robinson in Ruins (2010). This film also hints at the impending collapse and in a scene we see a spider spinning its web as Vanessa Redgrave in a voice-over tells us about the origins of the financial crisis of 2008, quoting Jameson and the aforementioned citation along the way.

Threads seems to take off where Jameson has left off. Imagining the end of nature but also of what man has achieved. The setting is the industrial city of Sheffield in the eighties. Working class Jimmy has an upper-class girlfriend called Ruth. In the first scene, they listen to music in their car overlooking the bleak urban landscape of this steel town that — as a narrator tells us — is the fourth largest city in Great Britain. This is familiar territory for scriptwriter Barry Hines who wrote Ken Loach’s Kes (1969). Think grim realism up North in thick accents. But Threads uses this grittiness in surprising new ways as the pressure mounts.

As we soon gather through news reports the world is on the brink of a huge conflict. We are still stuck in the geopolitics of the cold war where the US and the USSR are in a diplomatic stalemate in the Middle East. This is the worrying background for Jimmy and Ruth. She also finds out that she is pregnant and so both families meet in an awkward scene that highlights their class differences. This is done with some dry humour but that soon evaporates as the situation escalates.

In the wake of a possible nuclear showdown, people try to prepare as best they can whilst acting as if life goes on as usual. But as the film shows, this grim prospect is something that we cannot imagine and therefore not really plan for. The narrator leads us through the measures and his factual asides give the film a documentary quality. And so we see a local official who is appointed by the government to lead the imminent crisis in the Sheffield area. This down to earth bureaucrat has to deal with red tape and the realisation that nothing can really prepare you for a nuclear war. The build-up to the eventual devastating explosion is done with harrowing effectiveness. The official desperately getting his emergency team in place. The stores raising prices as everyone is stocking up. The public service announcements that start with an ominous jingle and provide useless information to temporarily reassure the public. An animated segment shows you what to do when a loved one dies in your house. And then the war breaks out…

Where Threads really packs a punch is in its long-term perspective. Taking its time to show you what generations of survivors can expect after a nuclear war through the unfortunate pregnant Ruth who has survived the attack but now has to deal with a reality that the millions of dead won’t envy. It is in this second half of the movie that we get a disturbing impression of what it means to live in an environment that through human action has truly been transformed into a hopeless wasteland. We have truly arrived in a new epoch.

And so we get an idea of what we can expect from a nuclear winter. The effects of radiation sickness on your health. A hospital that is cramped with untreatable burn and radiation victims. Its stairs dripping thick blood and dirt. And then the perpetual scarcity of uncontaminated food and clean water and the almost impossible task to grow new crops. All these things based on predictions by scientists. This is the end of the world complete with millions of footnotes by experts all stating that life on earth has been damaged beyond anything we can really grasp.

Even more striking are the more imaginative choices that director Mick Jackson makes in complementing this tale of real-life horror: A cheesy pop song that bookends the movie. Some wry jokes. A surreal scene where the orphans of this holocaust watch an old VHS-tape on a damaged TV. The blurred images show an educational program from before the war with a cheery woman in Blue Peter mode explaining the meaning of the word skeleton. It is one of the most depressing and weirdest things that I have ever seen. These elements don’t detract from Threads’ overall message but give it extra layers and makes it more believable and distressing.

Threads is our most poignant map of the landscape after the collapse. The unimaginable confidently and ingeniously imagined to the point where you will be haunted by it forever. The ultimate cautionary tale and a message of the future that bluntly says: ‘No future’ like in a Sex Pistols song. The only thing to partially counter this enormous mountain of dread is this comical but equally horrendous fact: Mick Jackson would later direct Whitney Houston vehicle The Bodyguard (1992). Let that sink in…