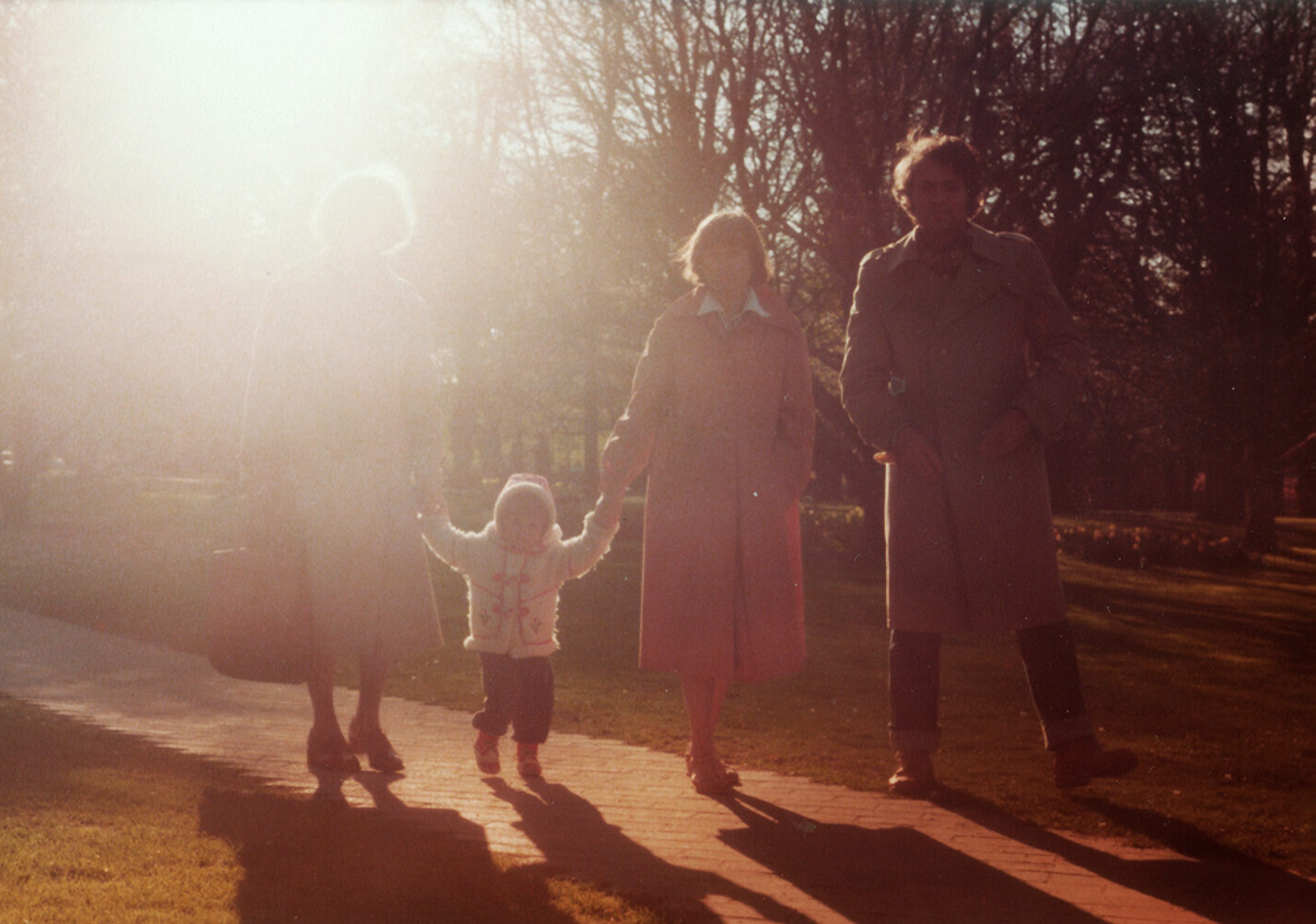 The International Competition of the 62nd edition of the International Leipzig Festival for Documentary and Animated Film presented a diverse spectrum of documentary films from all over the world. The selection included many films about what is most close to, and yet so far away from, film directors: their family.

In the Danish documentary It Takes A Family (2019) director Susanne Kovács examines her own family history, especially the trauma caused by the Holocaust that seems to influence each and every generation. Kovács tries to interview her grandmother about her experiences during the Second World War, but fails, since this old fragile woman doesn’t want to talk about it. She has hidden the memories and the pain deep inside her and is not able to reveal it. Her son, Kovács father, isn’t keen on speaking about his mother’s trauma, and how it has influenced his life, either, but eventually participates in his daughter’s project out of love. He didn’t have a happy childhood and was often beaten and punished by both his mother and father for no reason. He remembers his mother as an emotionally unstable person, who required her daughter-in-law, Kovács mother, to hide her German background.

Kovács’ own memories of her sleepovers at her grandparents’ house correspond to the story of her father. She notices that her grandmother’s fate has heavily affected other family members as well and wonders how this trauma will influence the generations to come. The director alternates the interviews with footage of the family archive and by doing so switches continuously between the past, present and future. She shows that her family did have a joyful time together, although the stories told in her film sharply contrast the happy home videos. Moreover, Kovács doesn’t shy away from asking critical questions. Her camera approaches her relatives from close by and this all results in a very moving documentary that is not necessarily about guilt, but rather about forgiveness.

Forgiveness is not the main goal of the Iranian documentary Family Relation (2019). Nassar Zamiri’s film is rather a portrait of an arrogant and mean poet constructed by interviews with his children. Haji Baba Koohi is the head of a large Iranian family and has eleven (grown-up) children. Not every child wanted to participate in the film though, as is shown in the introduction. The children who do want to participate don’t mince their words. During the interviews, each family sits on the floor in a room of their own house, framed in more or less the same static way. They discuss everything that Haji Baba has done wrong in his life, from torturing his children to breaking his promises.

Haji Baba contradicts the accusations of his children and states that his children have never been supportive of him. He uses his presence in the film to show that he is such a good poet and recites his work from time to time. He seems really proud that Zamiri is making a film about him, although the documentary puts him in quite a bad light. This tragicomic family saga ends with a thrilling cliffhanger, leaving us behind with a sense of disappointment.

My English Cousin (2019) is a less hateful documentary in which the Swiss director Karim Sayed Quatar tries to understand the mixed and complicated state of mind of his cousin Fahed. Full of hope, he moved in 2001 from Algeria to England in order to start a new and successful life. After eighteen years, Fahed starts to think about his future again, not sure if he wants to stay in England the rest of his life. Divorced from his English wife, he packs his bags and goes back to his motherland, where a large part of his family still lives and soon finds out that this probably wasn’t the right decision.

Quatar follows his cousin travelling forward and back, between England and Algeria, between two homes, resulting in a bittersweet documentary about how lost a man can be. The film neither explores why Fahed acts the way he does nor shows his deepest emotions, and therefore the film might lose its viewer’s sympathy along the way. However, this probably represents exactly Fahed’s inner state.

Tamara Stepanyan didn’t make a film about her own relatives, but integrated herself in the family lives of women and children living in exile in an Armenian village. Village of Women (2019) observes the lives of women whose husbands work in Russia because jobs are lacking in Armenia. The women and children have to maintain the household and the land on their own. They act like strong independent women and it seems almost natural that there are no men around. The women created a solid community in which singing and dancing are important instruments for expressing emotions and to cheer each other up. No need to feel sorry for them.

The return of the men around Christmas time is celebrated abundantly, but it also destabilises the community. Interviews with the reunited couples reveal doubts and jealousy. The fact that Stepanyan only focuses on the female perspective and doesn’t show what the men actually do in Russia does raise questions indeed. Images of men drinking vodka together only reinforce the doubts about what their husbands really do in Russia. But still, Village of Women is a feminist portrait that asks for respect for these women.

This Outdoors article was published in November 2019