A Vietnamese Connection in Isolation 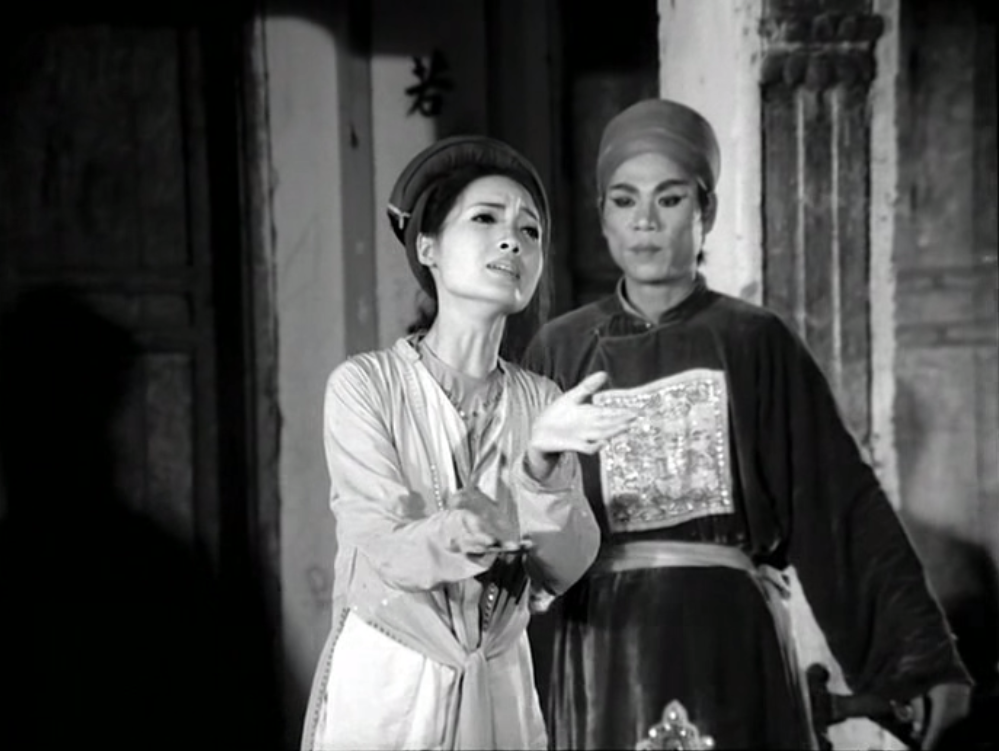 While watching Vietnamese war propaganda films last month, I felt an unexpected awakening of feeling more connected to my Vietnamese roots (I’m mostly Dutch but partly Vietnamese). I wrote about this in our previous edition here, detailing how the effectively made propaganda documentary Vinh Linh Steel Rampart (1971) made me feel.

Since then I’ve continued my journey into Vietnamese cinema, in the hope not just to see more of the country’s cinema but also to look at how those feelings of connectedness would (or would not) develop. I did this by watching two more Vietnamese films on the wars that took place in the country from 1945 to 1975, but now focussing on fiction films made in the aftermath of that period: 1979’s The Abandoned Field: Free Fire Zone and Dang Nhat Minh’s When the Tenth Month Comes (1984).

Neither of these is as blatantly propagandistic as the documentaries I’ve been watching that were made during the war, though The Abandoned Field does contain similar elements. Though at times, this almost feels like a lyrical film about Ba Do and Sau Xoa a couple living with their young son in the titular field, with shots of nature and their lovely singing lulling one into a calm and quiet. And then the American helicopters show up to kill them. Repeatedly, their daily routine upon the flooded field (they live in an elevated hut above the water) is rudely disturbed by low flying helicopters and American soldiers shooting at them. They have to jump into the water and hide under the surface, or in the reeds.

The portrayal of the Americans is a bit cartoonish. Somehow these hateful dudes receive only one mission in the war: to destroy this one family in the field, for strategic reasons. Despite the field being designated a fire-free zone. I first thought that the obviously Vietnamese actors we’re playing soldiers and pilots in the South Vietnamese army, but from what I gathered subsequently their fake facial hair is supposed to convey that they’re Americans. The Abandoned Field shares a total lack of acknowledgement of South Vietnamese soldiers with the earlier propaganda documentaries. In these films, the war is not even partly a civil war, but completely a war against foreign invaders. Ideologically clean and uncomplicated.

Fitting in with ideology is of course that while the young family is unjustly persecuted and attacked in what is essentially their home, they are also secretly a part of the North Vietnamese army and a link in their communication chain. The focus is mostly on the family living their daily life, however, planting rice, breastfeeding, catching fish and a snake. Which scares off not just one but two American helicopters, despite them not even touching the ground, after which Ba Do easily captures and kills the animal, proving his natural masculinity superior to the cowardly Americans.

The family being both part of the army but getting attacked only during their daily routine living in nature, conveys the message that the North Vietnamese army was just part of the country and its people, just defending both from the foreign invader whose army consists of cruel cowards who have no sense of priority. Sacrifice, duty and patriotism are wrapped up in subsistence farming and childrearing. The message is quite similar to that of the war-time propaganda documentary but conveyed more subtly and convincing. But incidentally, also less rousing.

Therefore I didn’t feel the awakening of new feelings like last time. But then again, how could I have? Then it was new and unexpected, which couldn’t happen a second time. The more subtle and artful the film, the less I feel connected to it on some nationalistic/ethnic level and the more I just feel connected to it as a cinephile who loves global cinema.

The same could be said for the even more artful When the Tenth Month Comes. Although I found myself connecting to its story in a new, unexpected way. Like most of us, I practice self-isolation and social distancing in these times of the Corona crisis of 2020. So as I was watching this 1984 film all alone at home in 2020, I surprisingly deeply felt the longing for a loved one in the opening scenes. Duyen is a woman living in a village in the North, while her husband is off fighting the war in the South. She remembers their first meeting fondly, and misses him dearly while taking care of their child Tuan and her husband’s elderly father. Several memories are shot poetically and atmospherically, with their first meeting being a highlight. Although my separation is by choice (by following government guidelines), this part of the film hit home hard in an unforeseen way.

I wasn’t connecting to some vague idea of roots of part of my family, through a film about a country I’ve never been, in which the people speak a language I don’t. Instead, the film connected to me by grabbing me by the lapels and making me feel a direct connection to the emotions of the lovelorn and lonely wife, through the slim parallels to my own situation halfway across the world several decades later. In this way, When the Tenth Month Comes, is that kind of great art that is universal through being specific.

Then the story takes a turn, as it becomes clear that her dreams and memories didn’t simply come from longing, but from having just learned her husband has died in combat. Which she keeps a secret from her family and the village to spare them the devastating news. Instead, she suffers her loss quietly, weeping to herself when nobody’s around. Even though she’s surrounded by people, she’s still isolated by her secret grief. Maybe I’m trying to force more parallels than there are in reality, but I felt them while watching the film.

Later she starts seeing ghosts, and even makes her way to a ‘ghost market’ to meet her dead husband one last time and talk to him about her dilemma. That’s really where the parallels stop, at least I hope. The other main thread of the film is her relationship with the new teacher in the village, whom she trusts with her secret so he can write a letter to her father-in-law pretending to be his son, to keep up her charade. Which is endangered by Duyen and the teacher growing closer to each other through this process.

When the Tenth Month Comes pivots slowly into a romantic drama, in which lies, reputations and traditions clash. The way the local government gets involved in preventing a relationship because what it would mean for the honour of the soldier could be read as a slight critique on the still-young communist society of Vietnam, but if so it’s rather opaque. Unlike the closing shot of the new Vietnamese flag proudly waving in the wind, to signify a new school year. No ambiguity there, though this flag-waving is a far cry from the nationalistic propaganda mentioned above.

I wonder if these two films, from the late 70s and early 80s, indicate a maturation of Vietnamese cinema in a postwar society. Of course, my sample size is way too small to draw any real conclusions from, but I am seeing an aesthetic development over these films: from a more rudimentary, functional style in the docs to the slight lyricism in The Abandoned Field: Free Fire Zone to the rather beautiful expressive lighting in When the Tenth Month Comes. Which was directed by Dang Nhat Minh, one of the most respected Vietnamese directors. Next month I’ll be watching the Vietnamese films by Tran Anh Hung, the single most revered and best known Vietnamese filmmaker. It’ll be interesting to see what connections to roots I’ll be able to find or make, once we move on from the war films I’ve been seeing so far.