Actors of the Decade 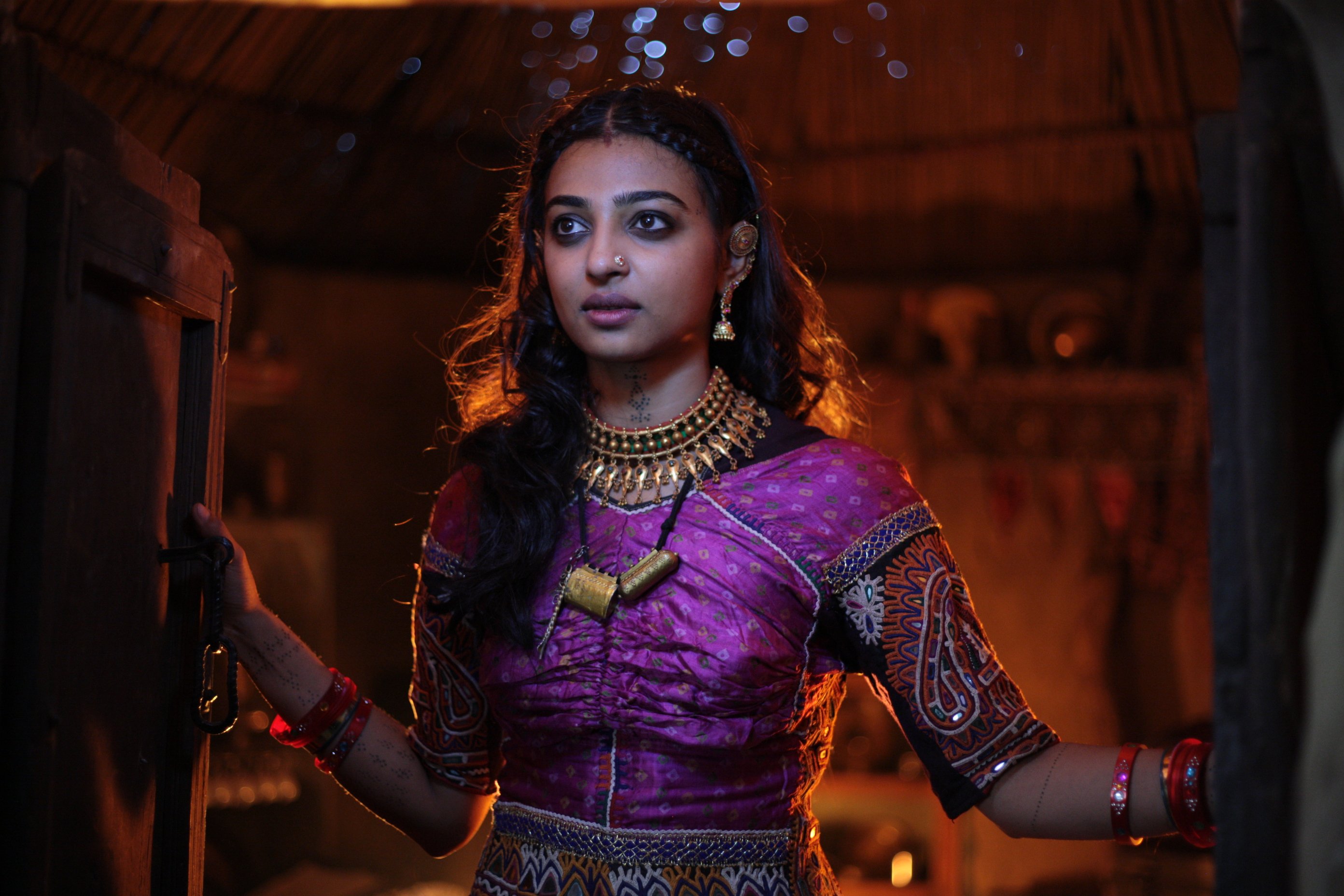 We don’t tend to focus on actors at Frameland in our year-end reflections. But now a whole decade has past, and so we’ve made an exception to shine some extra light on some extraordinary actors who carved out a special place in our hearts and minds these past ten years. Some only appeared before us in the past few years, others died years earlier and some kept us glued to the screen for the whole ten years.

What is striking about acting in the 2010s in Indian cinema, especially Bollywood, is that it has become appreciative and perceptive of the things not said and the actions not shown. This is probably what gave the ability of someone as delicate and detailed as Nawazuddhin Siddiqui or as restrained as Radhika Apte to have their acting viable in the mainstream industry. Neither Siddiqui nor Apte would have stood a chance in the 90s or even 2000s where good acting had to be defined by either yelling, crying, or (if it was a comedy) Jim Carrey-like contortion. Even Shah Rukh Khan’s greatest performance (Swades) was overlooked and rendered inert by the majority public.

Both have managed to escape the typecasting and land in blockbuster films, but those only came because the general public and industry members managed to appreciate the acting in their independent film roles. Siddiqui is most comfortable in timid outcast roles, but has shown his ability through films like Gangs of Wasseypur (2014) and Haraamkhor (2017) to display romantic charisma and a menacing edge to his stylishness and the versatility of disappearing into real-life figures like Hassan Sadat Manto in Manto (2018) instead of just surface-level mimicry.

While not considered by critics yet as an astute thespian the way Siddiqui is, Radhika Apte has rendered a few heartbreaking passionate performances like in Parched (2015) where she played an abused village woman and more pulpy genre fare like the horror film Phobia (2017) or the neo-noir comedy Andhadhun (2018). It feels good in light of an industry still infested with shameless nepotism, when real talent gets its just due.

Hollywood loves to draw and redraw lines to keep people out. According to an Annenberg study, Latinx actors have constituted only three percent of lead or co-lead roles in top-performing movies during the last 12 years.

So when Yalitza Aparicio appears as the female lead of the Oscar favourite, Roma (2018), it is nothing short of a disruption within the pasty white Hollywood narrative. She is not just Latin-American but is Mexican and hails from an indigenous Mixtec and Trique heritage. When she goes on to become the first indigenous woman to be nominated for a Best Actress Oscar, it is not about tokens anymore. It is essentially about a woman who turns up out of nowhere and stands on the same platform as women who have built their careers off immense amounts of privilege; a privilege alien to Aparicio, who is an early childhood teacher from Tlaxiaco who turned up for Alonso Curaon’s casting call along with a friend.

Beyond her dream-like Oscar run, Aparicio is a face that young women of colour can look at and go, “Oh my God, she looks like me!” and that is radical within an industry where only three per cent of the women on screen are allowed to look, walk, and talk like Aparicio. As a teacher for young children, Aparicio moulds lives and teaches young eyes to dream. As an actor, she reminds us that we ought to do way better.

Phillip Seymour Hoffman in A Most Wanted Man (2018)

Part of me wants to give this to Robert Pattinson, who has proved himself one of the most interesting and preternaturally talented actors in Western cinema but it has to go to Phillip Seymour Hoffman. We only had him for the first half of the decade but nevertheless what we were gifted with before his untimely demise was the sight of an actor slowly working both of his hands around his craft. He’d proven himself fearless and sensitive, an actor you couldn’t help but feel for even at his most loathsome, but in the ‘10s he tried flexing in parts that seemed an odd fit for the bear-like superstar. In The Master (2012) he got to fully sink into the role of a man in love with himself nearly as much as what the world can give him if he plays his cards right. In Moneyball (2011), he lets nothing pass through his taut exterior. He’s absolutely humourless and communicates an entire joyless eyes-on-the-prize existence in about 15 minutes of a film. In God’s Pocket (2014) he’s a mess of a man finding out how little rope he has left to hang himself. His face could be a mask until it broke like a dam and out came ten tons of emotion, as in the ending of A Most Wanted Man (2014). He walked into films you’d think would be too big for any actor to stand out and he’d just stuff them in his pocket and leave.

It has been great to see Robert De Niro and Joe Pesci in a Martin Scorsese film again in The Irishman (2019). But no actor-director duo has been more exciting this decade than Dhanush and Vetrimaaran. Their collaboration started in 2007 with Vetrimaaran’s debut feature, Ruthless Man. Since then, the actor has been involved in all four of the director’s films this decade, producing all and starring in three. Dhanush, lending his star power and financial draw to the powerful, critical, yet almost always exuberant films of Vetrimaaran, has done wonders for both. It has given the director the time to carefully research his subjects and their environments, resulting in his films feeling incredibly lived in and specific, while not taking anything away from their commercial appeal. The latter is helped by the star power of Dhanush, who’s also proven time and again to possess the perfect sensibility for Vetrimaaran’s combination of the subtle with the sensational. In his films, Dhanush weds his good looks and charm with a vulnerable virility to a degree that he doesn’t always get to do with other filmmakers. They appear to bring out the best in each other, to make exhilarating entertainment that takes various societal ills head-on, especially destructive power structures and the underlying dynamics that cause them.

Kalki Koechlin in Margarita, with a Straw (2014)

Kalki Koechlin debuted in 2009 in Anurag Kashyap’s Dev D and developed herself as a multi-talented, hard-working and socially conscious actress in the last decade. She appeared in both independent and commercial Indian film productions. Being a white Western woman in India is not easy, as Koechlin (born in Pondicherry as a child of a French couple) has experienced herself. In 2011, she shared her experiences by co-writing the thriller That Girl in Yellow Boots (again directed by Anurag Kashyap), in which she also played the lead role of Ruth, a British woman who tries to find her Indian father and meanwhile has to deal with discrimination and prejudice. I was most impressed by her amazing credible performance in Shonali Bose’s Margarita, with a Straw (2014), a coming-of-age film in which she plays an Indian teenager with cerebral palsy, who also explores her own sexuality and political activism.

In films like Death in the Gunj (2017) and Gully Boy (2019), she’s typecast as the white woman who’s more seductive and sexy than the more ‘traditionally Indian’ women in the films, a stereotype I’ve written about in-depth on Frameland before. Yet she always gives these characters more depth and inner life than one might expect from such roles. And she uses the money she makes with those films to fund her own theatre plays and uses her Bollywood fame to be the face of numerous social campaigns. Labelling herself a feminist, Koechlin has been fighting for gender equality, LGBT rights, against (child) sexual abuse, and more. Koechlin is a fighter.