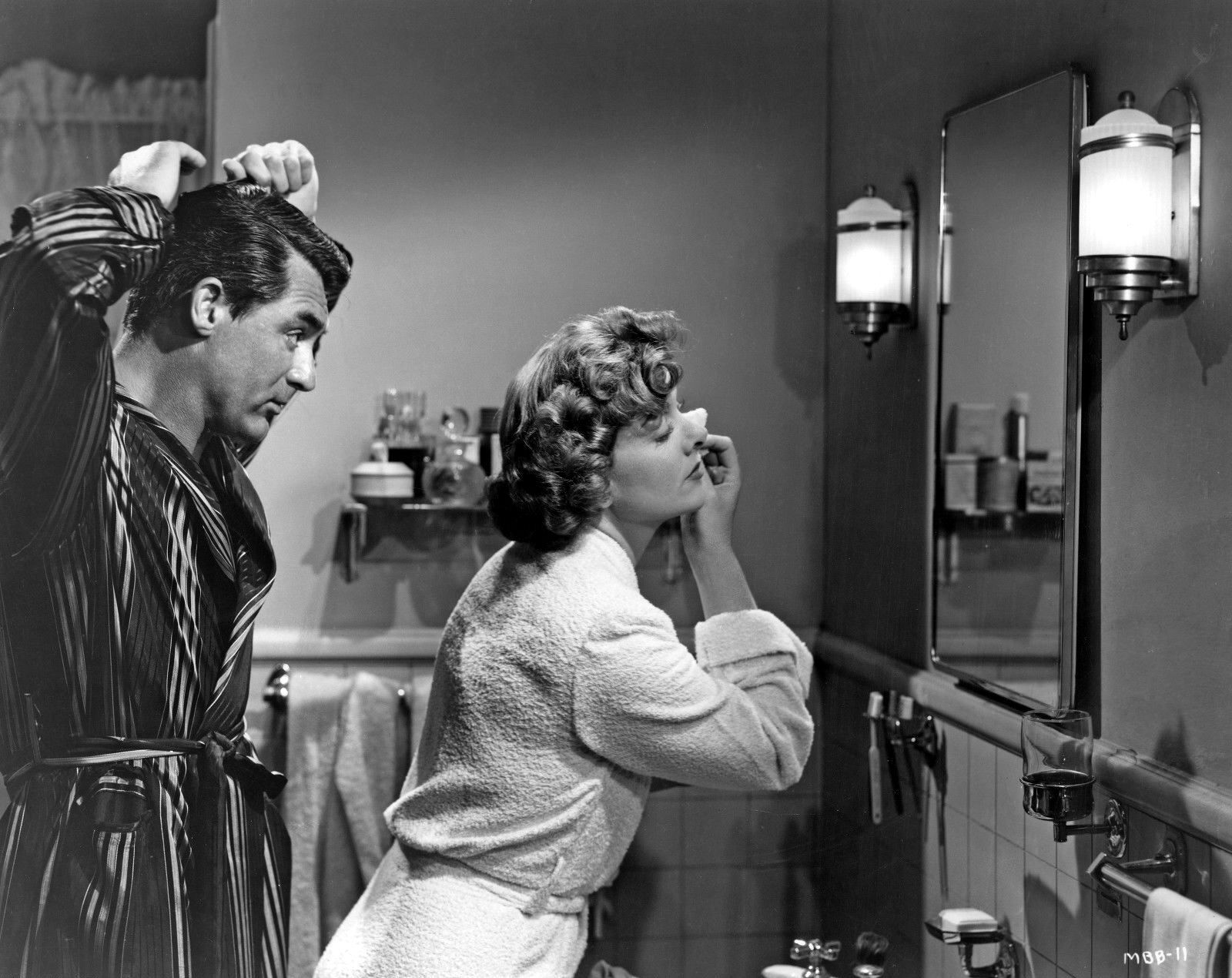 In 1948, director H.C. Potter made Mr. Blandings Builds His Dream House, a humourous film that predicted the monstrous spread of American suburbia. Mr. Blandings (Cary Grant) lives with his wife and two daughters in a little apartment in Manhattan. It’s way too small: the family has to share a bathroom and Mr. Blandings has no separate space in the closet for his socks. Moreover, Blandings just doesn’t like his life in the city anymore. He dreams about building a huge house in the rural part of Connecticut; this will make him happy again. His dream becomes true, after a lot of struggle. Mr. Blandings builds his big country house, where he feels home again.

That was America in the late 1940s. Does feeling home nowadays still require having a big house that contains a breakfast room, dining room, living room, several sleeping rooms, a bathroom for everyone, dozens of closets and more? The answer to this question can be found in Boris Bertrams beautiful documentary The Human Shelter. An Expedition into what makes a home (2017), which had its world premiere at the Architecture Film Festival of Rotterdam.

Betram takes you on a fascinating journey on the concept of home. When does a shelter become home? With this question in his pocket, he travelled around the world: from the northernmost tip of Norway to a refugee camp in Iraq. The result is a kind of wild life documentary with human beings playing the leads.

The answers to his question are as diverse as the homes of the people he interviewed. “Home is knowing I can leave the place and come back here.” answers an employee of the MoMa in New York City. He is building an exposition about a refugee’s house, designed for inhabitants of refugee camps, such as the one in Arbat, Iraq, where people who lost or had to flee their home.

It is both beautiful and sad to see how people try to make their temporary shelter a home, to make the best of it in a comfortless situation. A man proudly shows the costumes he used to wear at important business meetings. His collection is carefully preserved behind a curtain in his refugee house. A mother has decorated her shelter to make it look like their old home. A girl reads out loud a self-written poem about the importance of community. Home is where your family and friends are, she says with tears in her eyes. Some people consciously make the decision to leave their home and start a life somewhere else. Betram visited the Mauna Loa volcano on Hawaii, where eight people gathered to live in an area that they think approximates to how life would be on Mars. They are completely isolated from the world, from planet Earth. Two members of the experiment brought a remembrance of their homes with them: one man brought a plant, one woman brought a stone. Two physical things with strong connections to Earth and the specific place on this planet where they used to live.

However, along the way the white bubble somehow becomes home too. The woman explains: “For me, home is related to knowing an environment very well and building memories in that environment.” And that’s what has happened during her stay in the Mars simulation as well. She is determined to go to the real Mars someday, hoping to make another home there.

Apparently, home can exist without the presence of family and friends. For some people, this is even a must. In Tokyo, Japan, a young woman flees the busy and noisy streets by locking herself up in the darkness in her apartment. “It’s lonely sometimes.” she admits. But when she keeps herself busy with developing photo’s or watching films, it’s fine. She doesn’t seem happy with her interpretation of a home, tough. A lot of homes are related to nature. In Norway, a man and his daughter live in a tiny shelter in the middle of a huge snow landscape. Here, they live without the notion of time. In Kampala, Uganda a man happily lives in a tree. He built the house by himself and is very proud of it. In Lagos, Nigeria, the houses are built on water. Every house has its own canoe, the common means of transportation in this area.

The film ends in Jökulheimar, Iceland, where a father drives his two daughters to the glacier that impressed him so much when he was a little boy. He very well remembers the feeling he experienced in this place. It’s such a pity that the glacier is melting nowadays and that even his grand-children will not be able to see this beautiful phenomenon anymore. He rather would have a planet full of nature instead of a book case full of poetry about it. His home is actually disappearing, because of climate change. And not just his, probably. The Human Shelter made me think about what home means to me, about my current home and the environment I live in. About the physical things I care about or carry with me for that same reason. The places I’ve been, the feelings I’ve felt there. The people I’ve met and those who are still by my side. The film made me think about the memories I’ve made in certain places, and will never forget.

The film ends with a series of photos of people in a refugee camp. If Mr. Blandings would have seen these, would he still have complained about his small apartment in New York City that contained only one bathroom?

This Architecture Film Festival Rotterdam article was published in October 2018