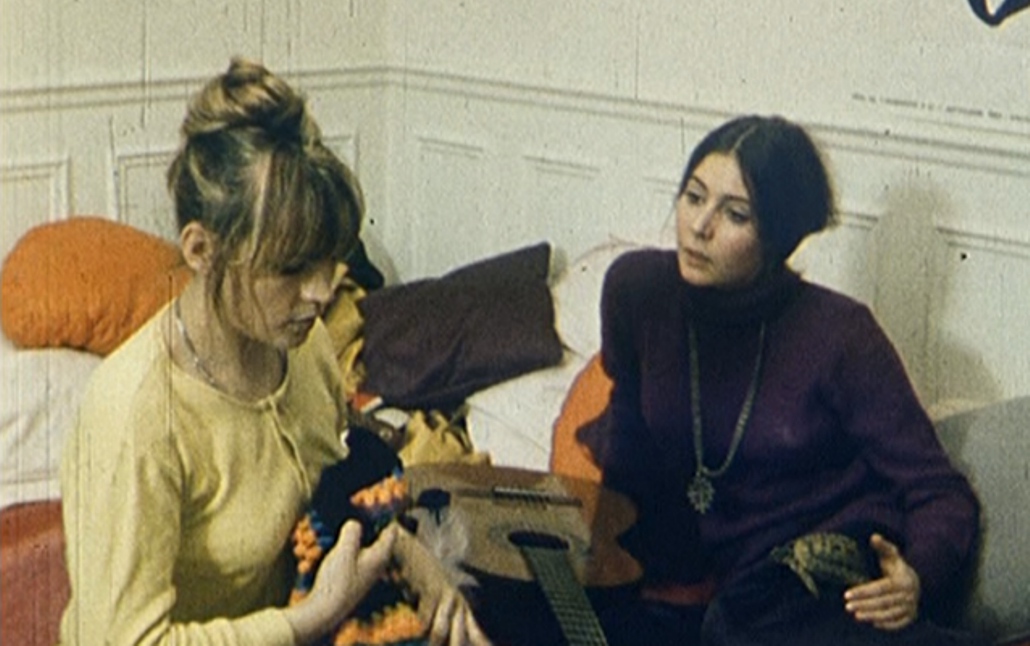 Agnes Varda’s Nausicaa (1970) is one of the late great director’s lesser-known films. Not because it is a lesser Varda, but because it was commissioned by French public television, only to not get aired and even destroyed.

Varda was never told why, but her guess is that it was suppressed for political reasons, having to do with the subject of the film, Greek exiles in France and the Greek Regime of the Colonels, a military regime ruling the country from 1967 to 1974. Though why French public television or the French government would want to silence Nausicaa remains unclear.

Nausicaa’s only public screening occurred when a workprint was shown in Belgium. Luckily, this workprint was saved in the archives of the Cinémathèque Royale de Belgique, and eventually rediscovered earlier this decade and made into a DVD so we can now all discover this lovely documentary-fiction hybrid film in which Varda gives voice to disenfranchised, exiled Greeks who fled the military regime then in place, and explores her own connection to her Greek roots through a fictional plot in which a young girl named Agnes falls for a Greek exile.

Varda switches between these two modes so seamlessly, it took me a while to realize the two strands were actually different. Despite the fact that the documentary partly consists of interviews with Greek exiles speaking directly into the camera, their testimonies feel of one piece with the story of young Agnes in Paris, studying ancient Greek art. Later,  Varda herself shows up to discuss her Greek heritage with some of the exiled Greeks, mirroring her fictional counterpart. And then there’s a scene in which the actor playing the exile her fictional self falls for, himself an actual exile as well, goes to greet other Greeks on a boat while driving to the shoot, but there’s no sound so Varda has to describe what’s happening in voice-over. There’s no sound because union rules prevent them from operating the sound equipment themselves, but there’s also not enough budget to keep a sound guy with them at all times in case of such happenstance. Perhaps her naming and shaming of French public television for this lack of budget pissed somebody off so much they suppressed the film?

It remains a tragedy that what Varda intended as a “settling of accounts” with the fascist military coup and subsequent junta, was never allowed to be just that. However, it’s a gift that we in the 21st Century are able to see what is perhaps her most political work. Because Nausicaa is Agnes Varda firing on all cylinders, in that seemingly effortless manner that typifies the best of her work, blending various forms of art, cinema and personality in a heady concoction that is oh so easy to swallow.

This Recommendation article was published in June 2019