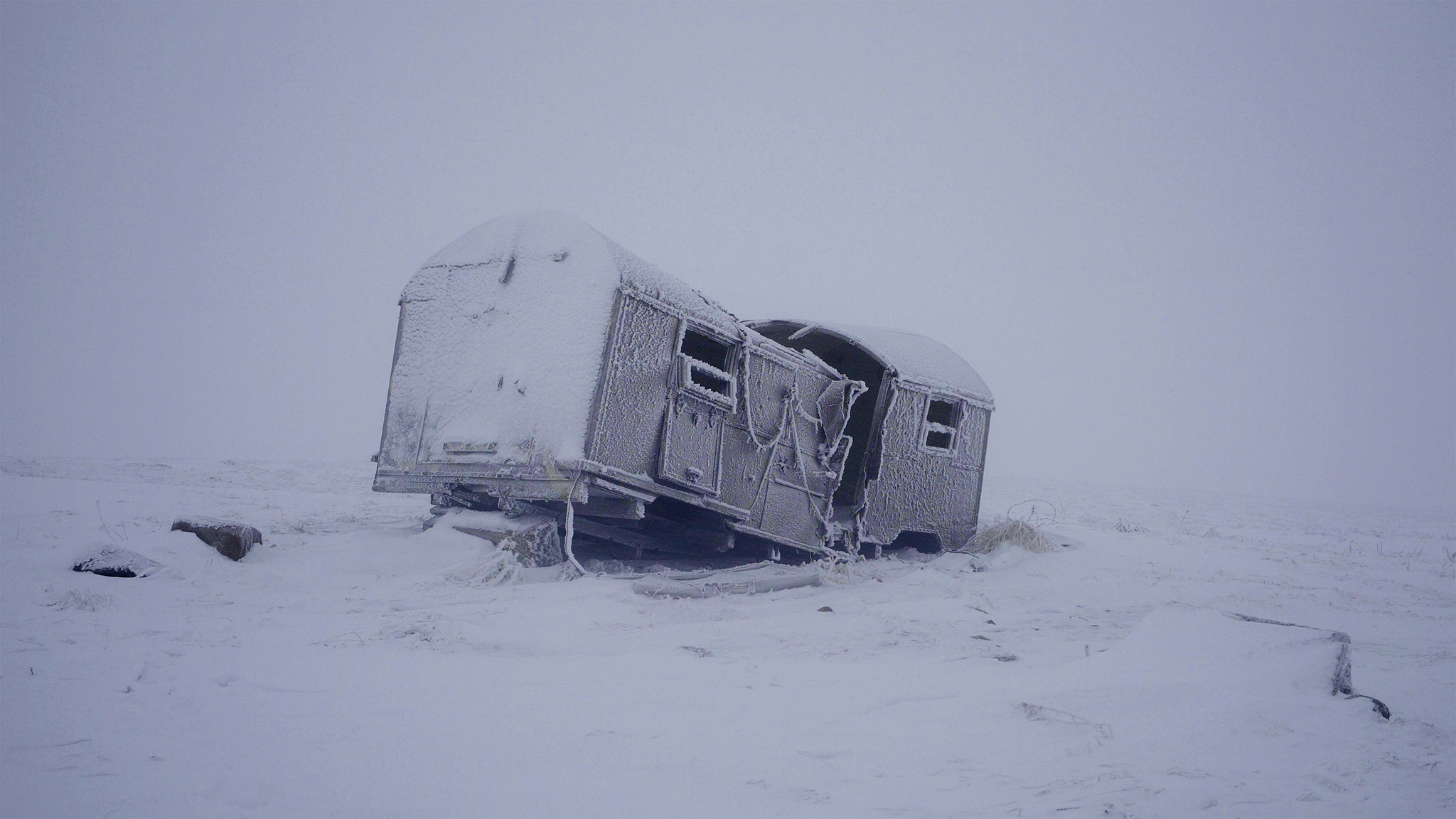 Alfred Hitchcock’s quip that the length of a film should be related to the endurance of the bladder seems historically speaking to have been settled by short or feature film lengths. This makes the mid-length film a rare occurrence in the cinematic landscape. Something which should be lamented, judging by the IFFR 2020 Bright Future Mid-Length selection. Within the eclectic programme of the festival, this section is a beacon of thematic consistency. Ranging from 45 to 60 minutes, these films radiate an ambience that could not have been sustained for 90+, let alone be done within ten. They exude a gloomy radiance perpetually in motion, as if it’s the cinematic equivalent of Godspeed You! Black Emperors F♯A♯∞ album. Films to wander in and out of at peace.

In Armour (2020), director Sandro Aguilar expresses the protagonist Hector’s anguish in a nifty manner. Hector just broke up with his girlfriend and learns that his father is on his death bed, prompting him to aimlessly drive around the desolate landscapes of Quebec, accompanied by his eleven-year-old son and copious amounts of alcohol. The father and son are rarely seen, it’s their surroundings that convey Hectors dread.

The winds blazing through wetlands, the dimly neon-lit parking spaces or urban landscapes form a slideshow of gloom. Aguilar cuts with regular precision from place to place, the sporadic intertitles describing Hector’s whereabouts poetically. The granular texture of the imagery makes Armour a slide show of industrial neurosis and a trance-inducing drift into modern alienation.

Dread is the undercurrent for Exile Diaries (2019) as well. This found footage film mines old family archives for home videos shot during the aftermath of the Spanish Civil War. After Franco’s victory, many had to flee their home country to start anew. Director Irene Gutiérrez gives these a footing by interjecting them with archival footage of important political figures.

In the background the score wanders as dejectedly as the refugees must have felt, the occasional political speech creeping through for a disconcerting rustle. The grainy videos show many making the best of their lives as if their voyage was but a holiday journey. Yet the longing for the lost home shines through. By zooming in on fragments of ordinary life, Exile Diaries is an intimate recollection of a turbulent past.

At the Bottom of the Sea (2020) shows the vastness of the Texan landscape, with the occasional case study of its inhabitants breaking through the meditation. Voice-over observations on Texas’ geological past as a sea make way for more particular stories, such as a Texan recounting his experiences with Mexican refugees.

The desert landscapes shot wide by director Karsten Krause create a dark undercurrent, with its oceanic fossils, are a sign of things to come for its inhabitants. The film meanders as much as a post-rock composition by a depressed Dirty Three, its ups and downs barely noticeable in the midst of hypnosis. At the Bottom of the Sea sprawls to make Texas a brooding place with a dark future.

With a mysterious story that is superficially reminiscent of Stalker (1979), director Alexis Destoop looks towards our ecologically catastrophic future in Northern Drift (2020). Recounted through voice-over, the protagonist travels to the Arctic, now opened up to exploitation thanks to global heating. But Destoop rarely shows humans, instead opting for wide angles of the desolate Arctic where signs of human activity are omnipresent.

It makes for a discovery of a forlorn place, that slowly creeps towards a conclusion. The coldness sears, whether it’s from piercing ice and snow or the overwhelming mechanical structures. Rubble left behind gives Northern Drift an urbex vibe, the scatters making the film simmer with desolation. An apocalyptic meditation on man’s relationship to their surroundings and the role of technological mediation.