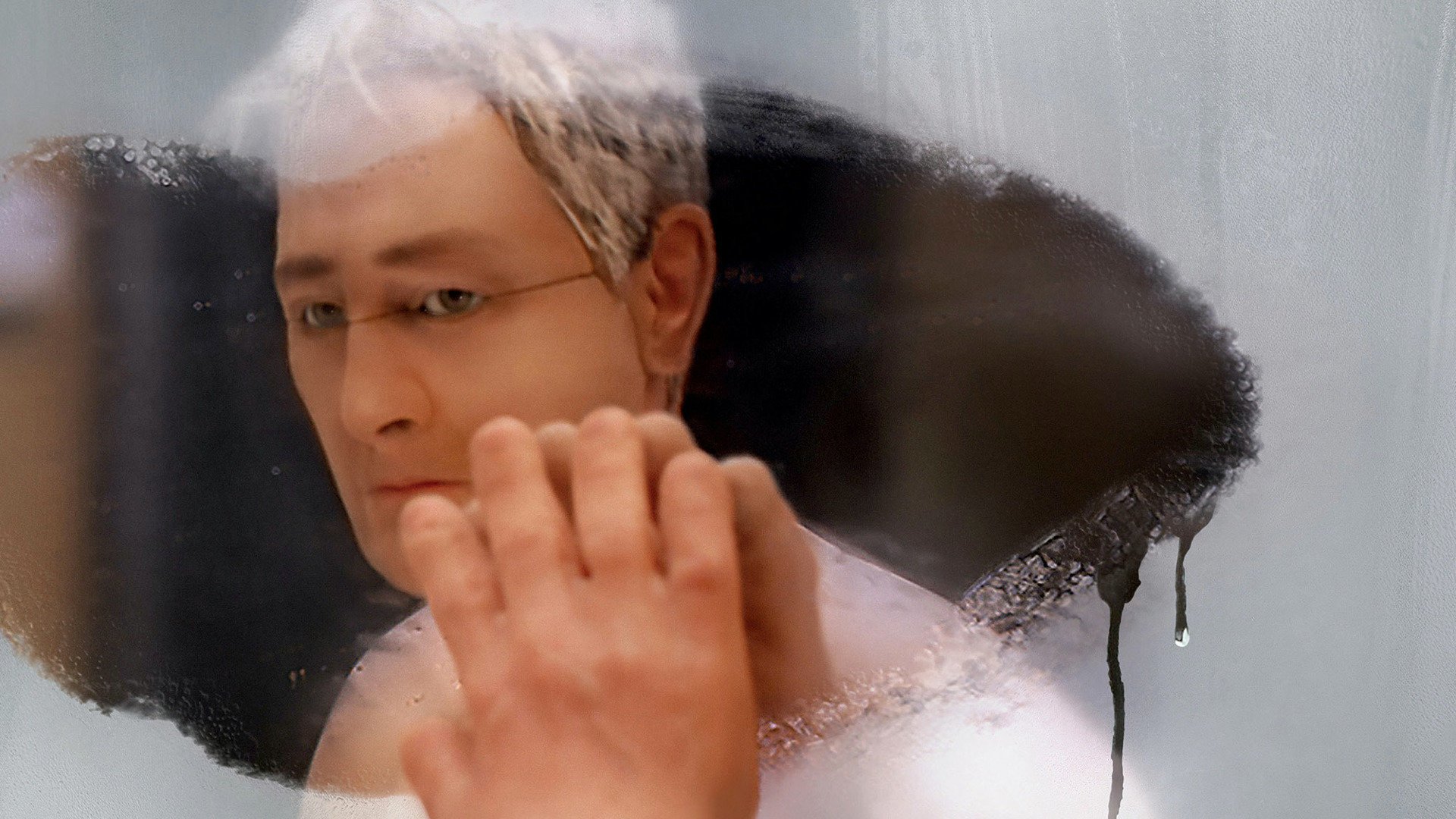 Charlie Kaufman’s protagonists don’t seem to like themselves. In the opening scene of Being John Malkovich (1999) we see a puppet modelled like the protagonist John Cusack. He looks in the mirror and as he gazes at his image, he flips out and crushes the mirror. He hates who he is and wants to be someone else. Cusack is using his puppet to show the world how he feels and how he loathes himself. Especially the way he looks externalises how he feels: His hair is sloppy and too long and he is poorly dressed. His self-loathing is, in fact, a big part of what the film is about: He wants to be someone else when he falls in love with Catherine Keener, who is uninterested in him. He wants to be the more attractive John Malkovich.

This type of protagonist is also recognisable in Kaufman’s Adaptation (2002), where Nicolas Cage plays himself and his fictional twin brother. The twin brother has everything Charlie Kaufman wishes: Charm, confidence, and he writes a brilliant script, where Charlie has writer’s block and can’t be the charmer he wants to be to impress women. His brother is the opposite and functions as the version the protagonist wants to be.

Also, Synecdoche, New York (2008) plays with the notion of multiple or projected identities as compensation for self-loathing or at least a dislike of the protagonist’s identity, in this case, Philip Seymour Hoffman. His wife left him and he suffers from several physical maladies. In the creation of his upcoming theatre piece, he uses several doppelgängers resulting in a complex plot, but also giving himself the chance to improve upon himself and maybe being (self-) satisfied with one of the characters he creates. Although this is not the main point of the film it again touches upon the, in this case, sub-theme of disliking oneself.

Kaufman’s latest production, Anomalisa (2015), seems to break with this running theme portraying a confident and successful lead character, or does it? The lonely customer service expert Michael Stone travels to Cincinnati to promote his latest book. He checks in to a hotel named after a disorder he suffers from: The Fregoli Delusion, the belief that different people are the same people in disguise. Michael doesn’t exactly suffer from this but he is unable to distinguish between voices of people, i.e. he hears and sees everyone as one and the same person which is one of the symptoms. Obviously, this condition is a metaphor for the problem Michael really faces: He dislikes everyone around him. He doesn’t like to talk to people, is irritated when people talk to him, and ends conversations as fast as he can. He simply is not interested in other people. Ironically his area of expertise is customer service and he wrote a book about how each customer should be approached as a unique individual.

Even the voices of his wife and son are no different than everyone else’s. We soon learn that Michael doesn’t have a high regard for his wife since he calls an ex-girlfriend in Cincinnati and pretty soon invites her to his hotel room. An offer she declines as she is clearly still mad due to their history confirming that Michael has been unsympathetic in previous years. Not only is Michael in need of company he also seems to be longing for something special, other than all the people who may be just one and the same to him.

But then he hears a different and unique voice in the hallway of the hotel, Lisa’s voice, and is immediately excited regardless of what she is like in other respects. As if she is his last bit of hope of being interested in someone else, being able to empathise with someone and perhaps his ticket out of his lonely existence. What follows is Michael inviting the somewhat shy Lisa into his hotel room where they make love. Lisa keeps repeating how ugly, uninteresting, and dumb she is but Michael doesn’t care. He doesn’t yet realise that sooner or later Lisa will be just like everybody else to him. Which is also a symptom of the Fregoli condition: Lack of self-awareness. Which raises an interesting point: Was Lisa real in the first place?

Right after Michael arrived in Cincinnati, he bought a doll for his son. But incidentally, he ended up in a different kind of ‘toy shop’ than he intended, a sex shop. His eye caught a Japanese doll and he bought it. The final scene of the movie kind of turns the whole film upside down when the camera zooms in on the doll. It has the exact same scar on its face as was on Lisa’s face. Also, semen comes out of its mouth, as his wife notices. This strongly indicates that Michael did not have sex with Lisa but with the doll. Recall that when Lisa and Michael were discussing language Lisa stated that she obviously likes Japanese. A seemingly harmless but very odd statement, why would she obviously like Japanese? There are more similarities between Lisa and the doll, for instance, they both like to sing. In all probability, Lisa wasn’t real and was simply a doll. Michael hallucinating the real person Lisa fits within the symptoms of the Fregoli condition.

This all fits in Kaufman’s work. Recall the dolls in Being John Malkovich that symbolised its self-loathing protagonist. Charlie Kaufman’s twin brother in Adaptation, who may not have been real, was the version of himself that he wanted to be. In fact, Charlie Kaufman writing himself in a film plays with this notion on a very meta level. And of course, the Philip Seymour Hoffman character from Synecdoche, New York who hires actors to play himself fits in the different identity or identities theory.

So what does this tells us about Michael Stone as Kaufman’s protagonist? He definitely doesn’t hate himself as he does everyone else around him. Which is even worse and in this case the superlative of self-loathing. John Cusack and Nicolas Cage’s characters hated themselves but this was because they wanted to be loved or desired someone. Michael Stone is like the inverted excess of this behaviour. He is unable to love anyone for a longer period of time, his self-loathing has been externalised to everyone around him. This externalisation also applied on the identity theme occurring in Kaufman’s work. Michael Stone is now one and the same self-satisfied person, but everyone around him appears flawed and the same. He can’t even distinguish between a real person and a doll anymore.

Michael simply cannot empathise with another person which is a prerequisite to loving someone. He seems to realise this during the speech he gives towards the end of the film. He turned self-loathing into disconnecting to others. A final glimpse of this self-loathing can be caught when we see a disappointed Michael having breakfast with Lisa who slowly loses her unique voice as he notices more and more of her imperfections. Back home while he sits on the stairs listening to the singing Japanese doll he finally seems to realise that he can’t connect to anyone anymore and looks depressed. Making him no anomaly as a protagonist in Kaufman’s work but simply a logical next step, and a depressing one for that matter.