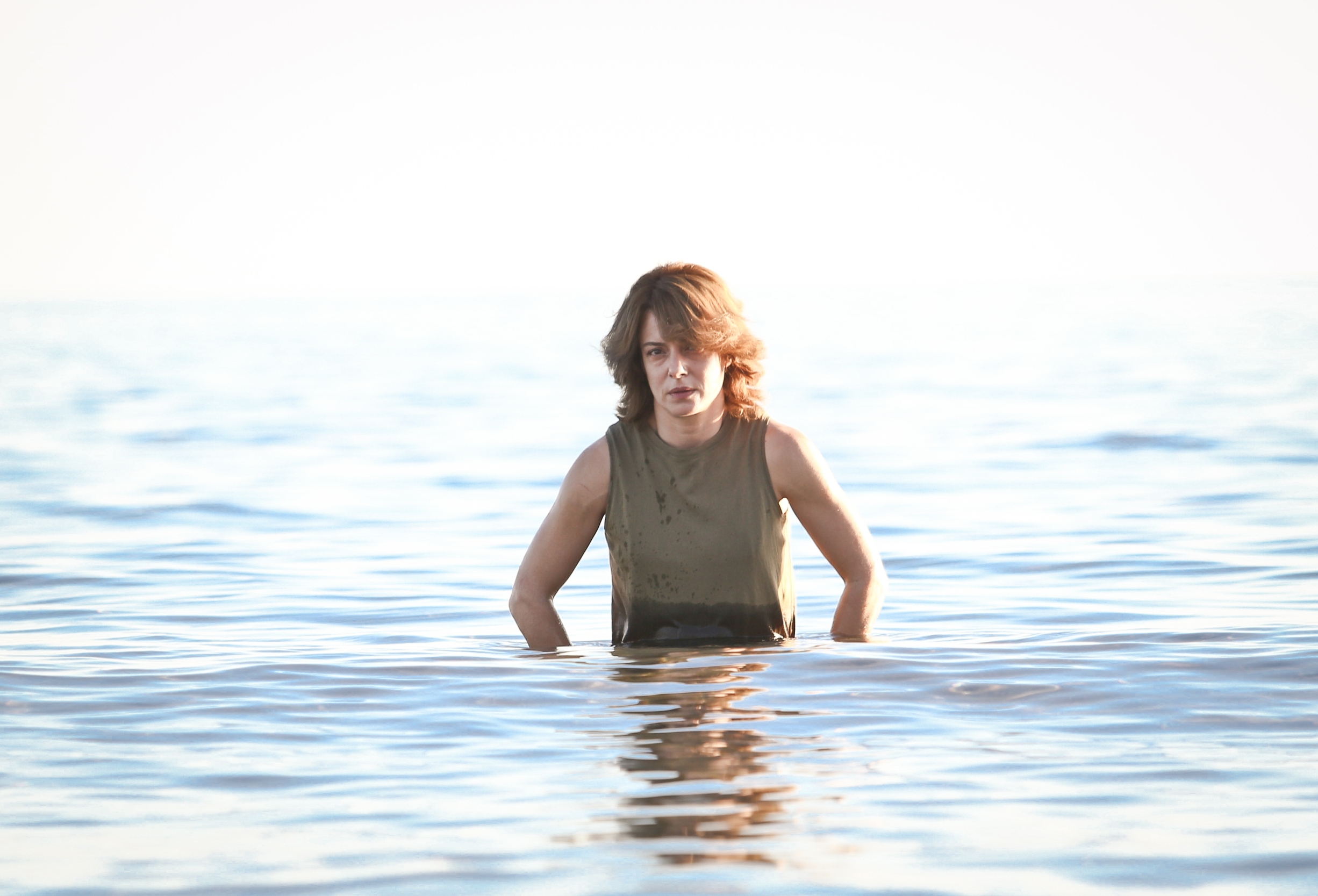 Last week the 69th edition of the Berlinale (7th of Feb – 17th of Feb) started, with this year a programme that predominantly focussed on female filmmakers. Even though most of the films that were programmed for the retrospective – that limits itself to female directors that were active between 1968 and 1999 – are impressive when it comes to their quality, the programme itself feels rather forced and without vision. The fact that in 2019 a special programme still needs to be created, in order to pay more attention to female directors from the last century and to create a platform for their films, is both saddening and painful.

This is part of a discussion that has been going on since the 1970s and 1980s when the notion of the female-film was first mentioned, and  relates to a question that was already presented at that time: Is the gender of the artist more important than the artistic quality of the film? And how do you regard a film that is predominantly selected on a non-cinematographic criterium?

These questions can, of course, be applied to any film that is selected for a certain programme, in which it is not in the first place about the quality of the film necessarily, but about another aspect, namely the group that produced the film. Above all, you can question what the concept of a female-film (de vrouwenfilm), a term that was established around 1975 in The Netherlands by the feminist film distributer Cinemien, actually means. A film that is simply about women? A film that addresses the sexist constructs that still keep our patriarchal society in place? Or is the female-film simply a film that has been made by a woman, regardless of the actual content of the film? Perhaps this retrospective should be seen as a re-examination of the phenomenon of the female-film, a lesson in film history. Unfortunately, there is little evidence that points in this direction, as the historical context of the films is as good as ignored at the festival, apart from some panel discussions. The films itself are presented without context and the audience needs to establish the actuality of the theme themselves. Take for example the somewhat painful situation regarding Casey Affleck, who is presenting his first feature Light of my Life (2019) at the Berlinale. After recent incriminations regarding unwanted sexual advances, Affleck’s film has not been selected for the main competition. Nonetheless, he is present at the festival as if nothing happened, despite some critic questions from the present press.

On the other hand, this programme once again brings the position of female film directors within the established and dominant film culture to the attention of the audience and constructs questions regarding the necessity of such a programme that focusses on films by women directors who were active between 1968 and 1999, of which some have since been shamefully disregarded.

One of the pearls that is part of the Berlinale retrospective is Hermine Huntgeburth’s first feature film Im Kreise der Lieben (1991). Three generations of women live together in a spacious apartment in Germany. A grandmother (Ruth Hellberg), her daughter (Karin Baal) and her granddaughter (Barbara Auer): A fatal trio for whom no man is safe. Grand-daughter Maria is repeatedly disguised by her mother, like a chameleon that adapts itself to its specific surrounding. In this instance, the surrounding consists of single men that Maria seduces effortlessly, after which the poor idiots fall prey to the swindling practice of mother and grandmother. An absurdist tale, in which the men that threaten to discover the secret of the women, awaits a sinister fate: a good whack on the head with a bottle, a frying pan and a tennis racket and followed by mummification in the basement. If you decide to watch this film, I recommend you try to see Huntgeburth’s short Die Mitspeisenden (1989) as well. The Miracle of the Sargasso Sea

In another section of the programme of the Berlin film festival, the Panorama-section, the newest film of Syllas Tzoumerkas premiered. Tzoumerkas is back with The Miracle of the Sargasso Sea (2019), a modern crime tale about a female police chef who is forced to abandon her high position in Athens and retreat incognito to a tiny village located on the west coast of Greece with her teenage son. The sweltering, claustrophobic imagery of the alienating landscape in this part of Greece is alternated by biblical interludes in which scenes from the Bible are re-enacted and scenes in which Elisabeth (played by Angeliki Papoulia, with whom Tzoumerkas worked once before in his film A Blast (2014) and who also performed in Yorgos Lanthimos’s Dogtooth (2009) and The Lobster (2015)) scolds at everyone and everything. This is a woman who resists everything with an overwhelming punk sensibility. Her complete indifference, self-destruction, alcoholism and sharp tongue, make her deeply unpopular with the local inhabitants of the town. Yet when a local club owner dies in mysterious circumstances, hidden interrelations and disturbing secrets come to light. You can leave it to Tzoumerkas to harmoniously combine eels, biblical scenes, perverse sex parties in barns and the overwhelming nature in a modern police drama.

Of a very different order is the recently restored documentary Say Amen, Somebody! (1982) by George T. Nierenberg. The documentary depicts the rise and inevitable commercialisation of gospel in America, through unique historical film material of, among others, the legendary Thomas A. Dorsey and Willie Mea Ford Smith. While Ford Smith is seen as the preacher and mother of gospel, Dorsey is more commonly known as “the father of gospel music”, as he was the pioneer that combined elements of jazz and blues with religious music. The new, throbbing swing music that came into existence, proved to be irresistible. Especially when you have the chance to hear Ford Smith sing; a beautiful, charismatic woman with a magnificent voice. One of the most impressive scenes of the documentary takes place in the car, when Ford Smith is driving around the neighbourhood with her grandson who holds some dubious ideas when it comes to the subservient role of the woman within the family and the church. This leads to the visible annoyance of Ford Smith, who, despite her fame, and just like most of the other female gospel singers, was held back by some of the male members of her family when it came to going on a tour and having to leave the family for a couple of weeks. The Epic of Love

In 1989, the year in which Sovjet communism collapsed, the Afghan classic The Epic of Love by Latif Ahmadi was released. This epic tragedy, of which the narrative is based on Shakespeare’s Romeo and Juliet, is equally popular today as it was on the day it got released. Actrice Sabera Arash, who plays one of the leading roles as the misfortunate Mazari, was present for a Q&A together with her husband Nemat Arash, who played her counterpart Sharif. After the screening they told the Berlin audience that despite the rockets and bombs that were falling from the sky in the war-infested Afghanistan – that was invaded by the USSR in 1979 – the cinema was filled with spectators during the premiere.

Mazari and Sharif both belong to two rivalry families in Mazar-e Sharif and, unsurprisingly, fall in love instantly. The fact that the film was shot in Mazar-e Sharif in the north of Afghanistan, has a deeper meaning than simply a reference to the names of the two main characters. In this region red tulips bloom only once a year for a very short period of time. The flowers do not only symbolise the deep connection and affection between the two lovers, who we repeatedly see running through the field of flowers in slow-motion, but also reappear in a traditional folksong that is sung by Yasamin Yarmal (the actress playing Mazari’s friend Pari). The film lasts longer than two and a half hours, but never bores. The completely filled screening room remained filled till the end. A hidden pearl that is not very well known by a predominantly Western audience, with a beautiful soundtrack composed by Gulay Sorkh.

The last film that I would like to recommend here is another Afghan film from 1989, called Baba. The slight absurdity of this film by Juwansher Haidary is supported by the soundtrack, in which some well-known melodies of Enrico Morricone are disguisedly interwoven into the musical score. This is something that leads to hilarity within the audience. The film depicts the feud between two villages that is being encouraged by a ‘spy’ who moves between the two villages and gets annoyed as he does not receive his millstone earlier than a customer who ordered one before him. Besides this grave injustice, he is also thwarted in his obsession for the loved one of the maker of the millstone. The result is a stunning film about revenge, unnecessary bloodshed, with a special role for millstones, donkeys and music, that is worth watching in every way. And while you are at it, don’t miss the short The House of History (1996) by Qader Tahiri, which was shown after the screening of Baba. This film-essay combines newsreel footage, shot by eight cameramen, of the wartime destruction of Kabul. It starts off with a warning: ‘If you cannot hold your tears, do not watch this film.’ The story about ‘teardrops, yellow and wizened features and wrinkled foreheads, the history of emigration, the pain and struggle of the people, about which the world chooses to remain silent’, is truly heart-breaking.

This article has also been published in Dutch on Cine.nl.

This Berlinale Outdoors article was published in February 2019