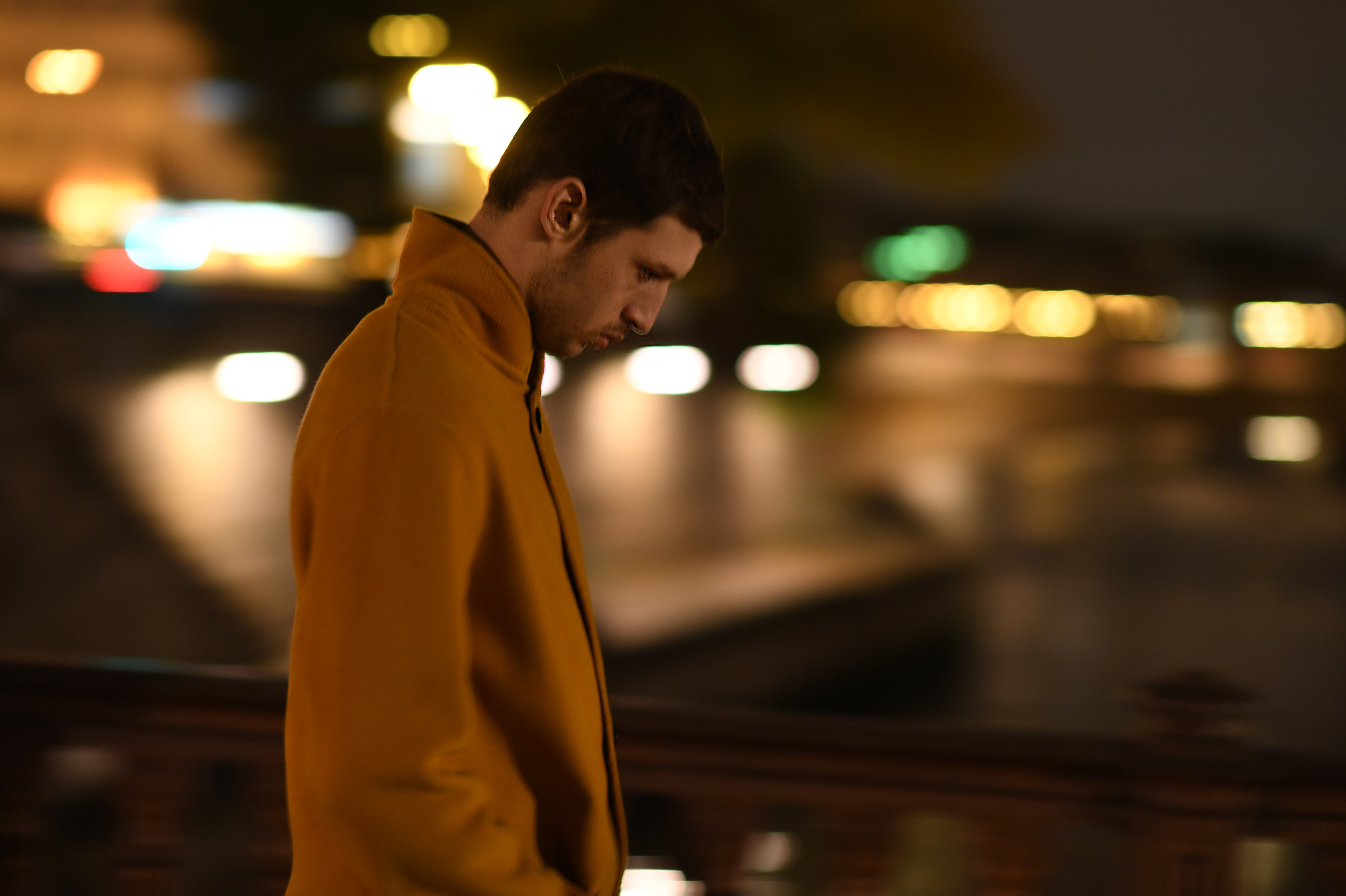 This year, Berlin’s Golden Bear went to Synonymes (2019) (Synonyms) by Nadav Lapid, while the Silver Bear was awarded to Grâce à Dieu (2018) (By the Grace of God) by François Ozon. This Award Ceremony of the 69th edition of Berlinale marked the end of Dieter Kosslick’s long career as creative director of the festival. He will be succeeded by the now former creative director of the Locarno Film Festival, Carlo Chatrian, who will bring most of his Locarno programming team with him to Berlin. Even though most of the press almost exclusively focusses its attention on the main competition, the Berlinale has a lot more to offer. From female-films to music documentaries, from thrillers to social pamphlets. The Berlinale programme is so huge and diverse that there are loads of films that are worth watching. Seemingly missing, however, is the attention to these films.

Coincidently, all the following five films were presented in either the Forum or Forum Expanded section, a part of the programme that exclusively focusses on film that discusses the very nature of cinema itself. The eventual aim of the programme is admirable, as it creates a platform for both contemporary cinema and restored masterpieces. Take for example Variety (1983), a non-traditional tale about a ticket saleswoman in a porn cinema, that reverses the traditional power relation between male and female. Kathy Acker wrote the script for this feminist masterpiece based on an idea of the director of the film, Bette Gordon. The story is simple: Strapped for cash, main character Christine (Sandy McLeod) finds a job selling tickets at a porn cinema in New York City. Captured in a glass box in front of the cinema, Christine finds herself as much on display as the women acting on screen in the dark cinema room. Yet Christine is not portrayed as a helpless woman who gets humiliated or pushed around by her male counterparts, as we only see too often in films that depict eroticism and women according to the dominant patriarchal traditions. Perhaps Christine’s character is best understood as the embodiment of Acker’s and Gordon’s personal take on the division that exists between the active male and the passive female; the female who is not allowed to be autonomous in any way on screen. When one of the regular costumers asks Christine out and then suddenly leaves her during a football game, she decides to take matters into her own hands and follows him in a cab, thus reversing the traditional power roles between man and woman. The ending leaves it to the spectator’s imagination to figure out what might have happened next.

Another film that was particularly impressive, is De quelques événements sans signification (About some Meaningless Events, 1975), a genuinely funny and fascinating Moroccan film by Mostafa Derkaoui that investigates the condition of the newly emerging national cinema in Morocco during the seventies. As the title suggests, the beginning of the film indeed seems to establish that this is about a succession of some meaningless events, when the camera focusses for several minutes on a man sitting at the bar, repeatedly asking for some water with his wine, until the director walks into the screen to give some new directions. These images in the bar are alternated with interviews on the street. Making the relation between what is real and what is fiction rather ambiguous. When it comes to establishing a country’s national cinema, differences need to suppressed and there needs to be a focus on those traits that create its coherence, as Thomas Elsaesser explained. When the film crew poses this search of national cinema, of what Moroccan national cinema should be or is, to the man in street, most people answer that it should capture the social and political problems that play at the time and that it should be less elitist and more realistic. This way, De quelques événements sans signification offers a beautiful insight into the Moroccan society of the mid-seventies and the opinion on cinema of the man in street.

Another highlight was the digital restoration by Arsenal, the Institute of Film and Video art, of the famous documentary of Indian director Ruchir Joshi, called Egaro Mile (Eleven Miles, 1991). The film is a two forty-minute long investigation into the sect of the Bauls, the Bengali mystic minstrels that sing about the divinity of the human being. The film is a wonderfully alive and stunningly beautiful portrait of the 600 years old tradition of musicians that live ‘an ascetic life of preaching the divinity of man and universal brotherhood’, who have been continuously marginalised during their existence. Joshi shows that during the 1980s, around the time that he started making the documentary, the Bauls were discovered by the Western world. This eventually led to a cultural transformation, as this growing interest of the west resulted in the commercialisation of their practice. This led to so-called ‘professional Bauls’ who promoted their music on very mundane CDs and DVDs. At the beginning of the documentary, the narrator tells the audience that ‘maybe film is like a compartment of a train, heading in different directions at the same time’. Perhaps that is exactly what this film represents.

In Die Sieger (1994) by Dominik Graf, an unexpected encounter during an unsuccessful operation of an arrest team escalates quickly into a spiral of violence and death. Special agent Karl Simon (Herbert Knaup) is certain of what he saw during the operation. Despite the denial of his superiors, he knows for a fact that during the operation he was knocked down by his former colleague Heinz Schaeffer (Hannes Jaenicke), who supposedly killed himself a couple of years before. Is Karl hallucinating? Or is this part of a covert operation organised by the state itself? According to Olaf Möller and Christoph Huber, Die Sieger is perhaps the most dismal and dreary film that was ever made about the very first years of the new BRD after the reunification, a society in which (state)terrorism, politics and the secret service were very much intertwined. Graf is known for his crime stories and television thrillers and is one of the most talented German directors who started making films in West-Germany during the mid-seventies. Die Sieger is an exhilarating and brilliant piece of cinema that will keep lingering in your thoughts long after seeing it.

The last two films that I want to mention were made by the Indian feminist Yugantar film collective during the early eighties. Tambaku Chaakila Oob Ali, a film from 1982, was shown together with Idhi Katha Matramena from 1983 in the Forum Expanded section of the Berlinale. Both films are unique in their subject matter, as they offer a look from a female perspective into the Indian society of the eighties, a period of great turmoil and radical political transformation. Yugantar was active between 1980 and 1983, a period in which the collective made four films. Tambaku Chaakila Oob Ali is a unique cinematic essay and compilation of footage of the fairly unknown female tobacco factory strikes that took place in Nipani. The film shows the workers debating their next moves, the dreadful circumstances in which they had to work in the factories and actual footage of the strikes. The film is a moving portrait of these working class women, of whom most had no education, while they are planning a strike and negotiating the best ways to gather as many women as possible to get a pay raise.

Idhi Katha Matramena is just as special, if not equally disturbing, when it comes to its ground-breaking and unique footage. For this short film, Yugantar collaborated with the feminist activist collective Stree Shakhti Sanghatana and together they created a film that addressed the position of women in society and domestic abuse. We are introduced to the character of the ‘wife’ (Lalita K.) in a hospital, after she attempted suicide. The rest of the film consists out of images of her daily life and mind-numbing routine, in which she is bossed around by her husband and his parents, that shows the futility of a life lived in a patriarchal society.

This Berlinale Outdoors article was published in February 2019