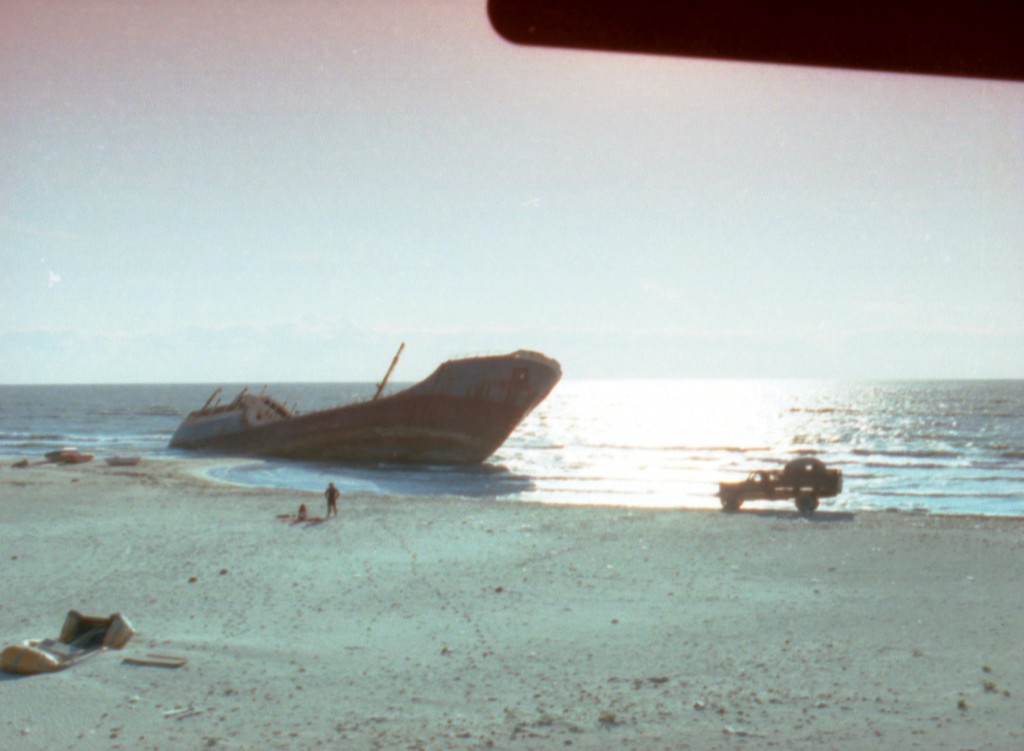 When its socialist state was dissolved and reformed in a western-style neoliberal mess in 1992, Albania, like almost all of its Eastern Bloc neighbours, experienced rapid privatization and dissolution of most essential government services the people relied on. This led to an economic collapse for the country, whose government was running pyramid schemes and whose streets were run by bandits. Many young Albanians fled to Italy around this time in hopes of a better future away from the chaos of their homeland. Fatmir Koçi’s Tirana Year Zero (2001) places itself in the wake of this chaos and comedically works through the troubles of the day through the starry-eyes of a young truck driver named Niku.

Niku is a true believer. He stubbornly, perhaps even unrealistically, touts the possibilities of Albania even as the young are fleeing, the old are withering away, and the only people who seem successful are those willing to sell the country off. While many of the young, including his girlfriend Klara, are trying to get out as fast as possible, Niku drives around his father’s old Soviet-era truck doing odd jobs to make ends meet.

The streets of Tirana are in chaos and everyone seems to be on the edge of snapping. Drunks harass the ineffectual cop in the square and any tourist coming by is sure to be robbed. At one point, an afternoon outing to the movies by Niku and Klara turns into a hostage situation as a group of bandits take over the theatre for fun during a power outage. Niku tries to brush it off as no-big-deal, but Klara sees it as all the more reason to seek hope elsewhere, maybe even in Paris as a model. Later, Niku’s mom shows up at home with a Kalashnikov, just in case they need it. His father gets very excited and reminisces on how he used to have one just like this in the army. Niku is frustrated, he doesn’t want the gun in the house, they shouldn’t need guns! It’s not the kind of instrument he’s interested in preserving from the past. He prefers the industrious power of the truck to the destructive power of the gun.

His truck (who is lovingly named “Zis” by the father) is basically a family heirloom, passed from father to son and held with utmost reverence by both, even though it’s derided by all the other locals as an ancient piece of junk. However, Zis is great as a tourist attraction. Tirana Year Zero opens with a commercial shoot starring the Zis: a once-mighty piece of communist industrialism reduced to advertising kitsch by Xhafe, Niku’s neighbour who has become a wealthy director. That rusty old piece of communist machinery has opened a door for Xhafe to buy a brand new Mercedes, contrasting the decay of the working class with the shiny new opportunities for greed that have been created for the exploitative. Xhafe is willing to sell Albania, Niku tries to keep it trucking forward.

It’s the foreigners too that find the most interest in Niku and his nationalism. His love for Albania makes him an ideal tour guide for Günter, a German tourist who basks in the post-communist aesthetics, loves the sights of the beautiful Balkan coast, and wants to buy any little souvenir he can get his hands on. Günter becomes fixated on acquiring an old Albanian bunker, an ironic conquest of the country not by German military force but modern capital.

Günter is welcomed as a means for people to pawn off any little thing for money. “Tell him to buy my donkey, too,” one local remarks after Niku explains why he’s carrying a bunker on the back of his truck. However, Günter isn’t much more than that to the locals, nor is Albania itself much more than a product to him. Someone remarks that he should go and see Tirana and experience the capital, but why would he do that when he can relax on the beach?

And Günter’s not the only kind of foreigner looking to pick up curiosities in Albania. Late in the film, Niku meets the young French journalist Virginie. A humanitarian type, Virginie is fascinated by everything that makes Albania so foreign to Western Europeans. As they sit outside a cafe, Virginie notices a man across the street cutting down a tree along the city road. “Look, they’ve cut them all down,” Niku assures her it’s not a big deal, it’s just something they have to do. When the man with the axe notices she’s filming him, he runs across the street and demands the tape. After a brief scuffle, she gives in and the man axes it while the others cheer him on. The embarrassment of their desperation becomes too much to handle when it’s commodified by tourists.

As the film winds down, Niku’s father falls ill and he returns to Tirana to be with him and his family. We come back to the apartment block that centred the beginning, all the old neighbours and their old disputes. Niku gets invited to have a drink with a particularly lonely one who is very worried about his daughter overseas, and Xhafe has been spreading rumours that she’s doing sex work. “Look, she sent me another TV,” referring to his daughter. “It’s nice,” Niku tells him, but also turning down another vodka as the man seems to be getting drunk. “What do I need another TV for? I want my daughter.” He breaks into tears. The young may have been able to send a little money home, but what’s left behind is broken families and all hope for the future being taken overseas.

Niku takes Zis to shoot another commercial for Xhafe, this time transporting a massive statue of Stalin. He picks it up from a decrepit warehouse, whose industrial pulleys only seem to be used for moving around the detritus of the long-gone socialist state. What Niku doesn’t know is that this will be Zis’s last outing. As they’re backing up the truck along a cliffside to get a shot, the brakes fail and Niku has to jump out to avoid tumbling down the mountain with Zis and Stalin—the images of industrial communism sent flying, a release of baggage but also the loss of the past, good and ill. Things can never be the same, they can never go back.

Things come to a head back at the apartment block when the neighbour confronts Xhafe with his Kalashnikov, telling him he can go to hell for smearing his daughter’s name. “I’m not going to hell, I’m going to America!” Xhafe replies. As he heads back to his Mercedes, neighbours start firing their rifles into the air as a last warning, Xhafe has become a symbol of everything that’s ruined their lives, families, and country. In one last act of defiance, the neighbour throws both of his TVs down at him.

In the heat of the action, Niku’s father quietly passes away. Niku walks off to the outskirts of Tirana, where he runs into Klara, who’s come back from Paris looking for him. His father is dead, Zis is dead (and, hell, Stalin is dead, too), everything seems to be fading away, but maybe they can still be together. They walk along an endless line of discarded bunkers. We don’t know where they will go next or if they’ll stay, but maybe there’s still a future for Albania yet.