Chinese Philosophy and Dreams in Singapore: an Interview with Yeo Siew Hua 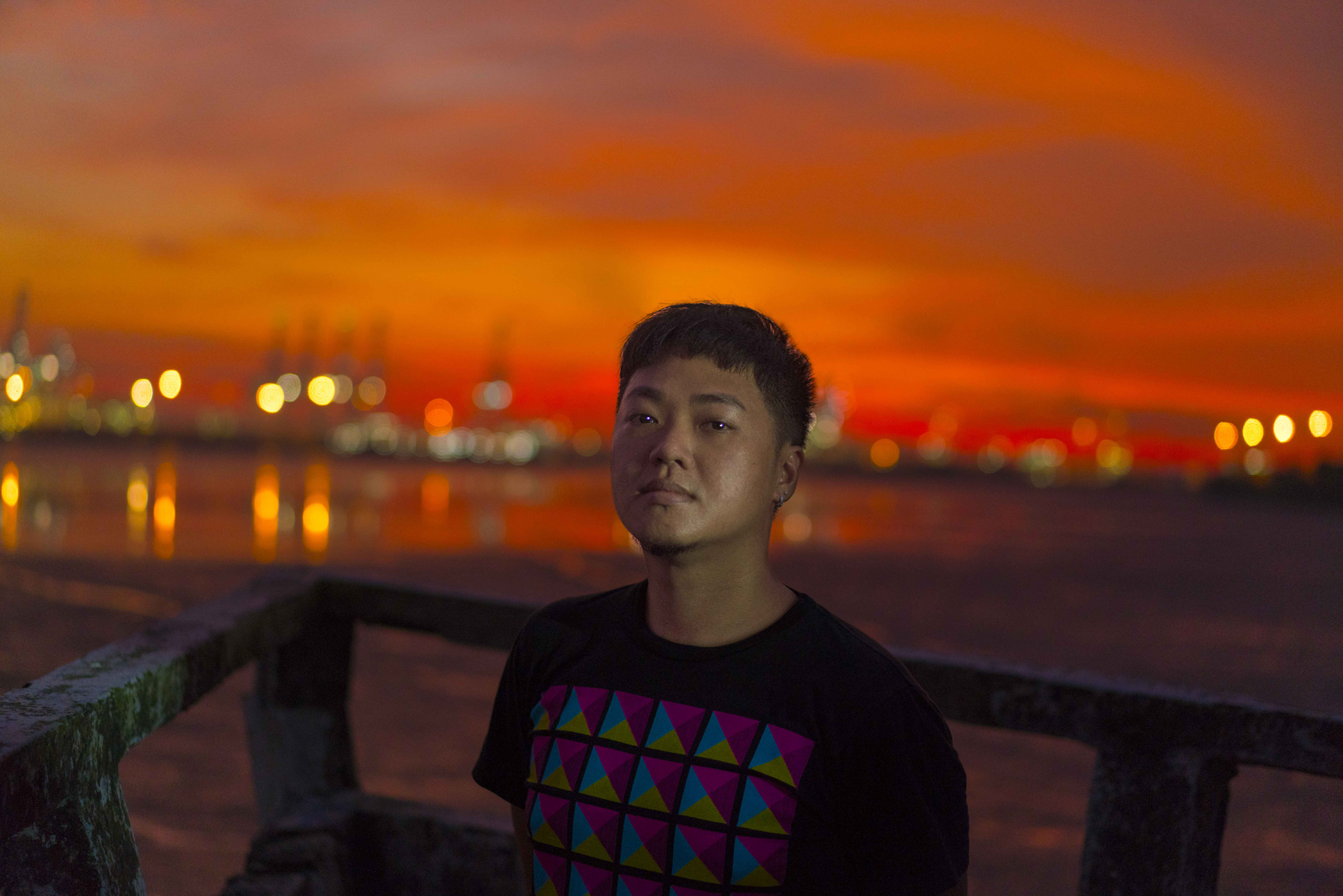 In Yeo Siew Hua’s A Land Imagined (2018), the disappearance of a migrant construction worker at a land reclamation site in Singapore is investigated by an insomniac police inspector. But the procedural quickly gives way to a lengthy flashback from the perspective of two other workers, and the film culminates in a web of interconnecting imaginings — in which the case may or not be solved. This means it commands attention in several ways: by the sophistication of its structure, by its philosophical underpinnings, and by its strong concern with the realities of foreign workers’ conditions.

The director, exhausted from a full day of talking to investors about his follow-up project at IFFR’s Cinemart, sat down to discuss his film. He explains that already having made a debut feature a decade ago, he felt like he needed to hone his mind a bit more, and so took to studying East-Asian and Chinese philosophy at the National University of Singapore. Much of A Land Imagined is inspired by what he learned there. “My focus was on Zhuang Zi, whose thoughts about dreams went into the film. In Western thought, ideas about dreams often pose a Cartesian duality between reality and mere illusion. But in Chinese philosophy, more often than not, it’s about a ‘radical imagining’ of the other and that which is outside of and beyond oneself. The dream becomes an important bridging component between two intersubjective consciousnesses.” In the case of the film, of course, between the inspector and Wang, the elusive labourer he wants to question for his case. But Yeo was equally interested in the metaphysical aspects of the state of Singapore and its constant land reclamation activity — asking himself the same questions as Wang in the film, who notes that the sand that is used to reclaim Singapore’s expansions is imported from surrounding countries. “One of my main interests is the idea of land reclamation — what does it mean that I’m living in a country that’s grown more than 25% in land mass in the last 50 years? The title of my film may be borrowing from Anderson’s Imagined Communities: the idea that a nation can imagine up its own nationhood that can cross and ignore national boundaries.”

In the film, the existential uncertainty of Singapore rhymes with that of the two main characters, and both end up wrapped in a labyrinth of dreams. “It all comes back to the idea of dreaming. Even as a local, I feel like I’m living in a strange dream in Singapore, because the country is so amorphous, and everything is constantly changing. The migrant workers told me they feel the same. Maybe we experience it on different levels, but we’re both living in a strange, sleepless waking dream.”

This sensibility has clearly inspired the film’s style, from the otherworldly-looking scenes of the construction sites in the very first scenes to the cybercafé in which the minds of the two protagonists eventually meet. “A lot of the locations are almost exactly as they are in real life: we changed very little. We did heighten certain oneiric elements, especially in the cybercafé, but even the strange lighting was there already. At the same time, I tried to imagine that place as a liminal space. You go there to try to find a connection, but there’s also disconnection in the virtual world. And you don’t know whether it’s day or night because they close the curtains and you lose your sense of time.” The shooter game played in the cybercafé, it turns out, is the actual game Counterstrike, and it provided the director with an extra means to express abstract ideas. “I used to play it ten years ago. When I went to cybercafés for research, I was shocked to see they’re still playing it, with the same map. We used it because the yellow sand in it exactly mirrors the land reclamation process in the film. When you die in Counterstrike, you start to float, waiting until the rest of your team is killed off. When the worker is explaining his own death, he’s floating around as a ghost in the game. Even more interestingly, if you run yourself into the ground after dying, the game doesn’t know what to do and starts to glitch. So the ‘glitching’ in that scene is all from the game. It’s only here that you understand that this virtual world is constructed, which comes back to my point about Singapore being a socially engineered place, imagined from the mind.”

For all its intellectual concerns, however, the film is rooted in a down-to-earth engagement with the plight of the foreign labourers, who are basically exploited as expendable resources. Yeo confirms that what we see these people do and go through is based on fact, grounded in personal research; he extensively researched the workers and their situation and befriended some of them. He actually shot the film in the so-called industrial west of Singapore, cast labourers from the sites, and based the protesting labourer who goes missing under dubious circumstances on a real case. “In Singapore, 99.9% of the people working in land reclamation and construction are migrants. These people are working 24/7 but at the same time, they’re invisible. I knew the drama had to be about the labourers. And once I got to know them, there was no turning back for me. Some of the people I met had been doing this work for 20 years, but they could never become a part of the so-called economic miracle that is Singapore. To me, this is crazy. I use the metaphor of sand as a burial of their dreams and youths into the land.” Several times, including in the ambiguous closing scene, we see people dancing together. Again, this element is based in reality, but equally inspired by Yeo’s philosophical musings: “Their music is very trance-like. When I was dancing with these people, the difference between us started to fade. This is why the dancing scenes in the film became core points. I’m talking about transcending your own consciousness and sharing a common humanity. Cinema has to have ideals, and this is the one I propose in my film.”

A Land Imagined will hit Singapore cinemas later this month, followed by premieres in France and The Netherlands. But Yeo has already moved on: the new project he’s been so busy presenting in Rotterdam is also a police investigation with shades of noir, but this time focusing on surveillance. “It’s about ways of seeing. Singapore is a bit like a surveillance state: you feel like you’re being watched 24 hours a day. More often than not, I feel like I’m living as an image to be viewed by someone else. Meanwhile, I’m trying to imagine who is doing the seeing and I wonder if this person is seeing me as I am.”