Choked: A Minor Assessment of Middle-Class Masculinity Against the Backdrop of Demonetisation 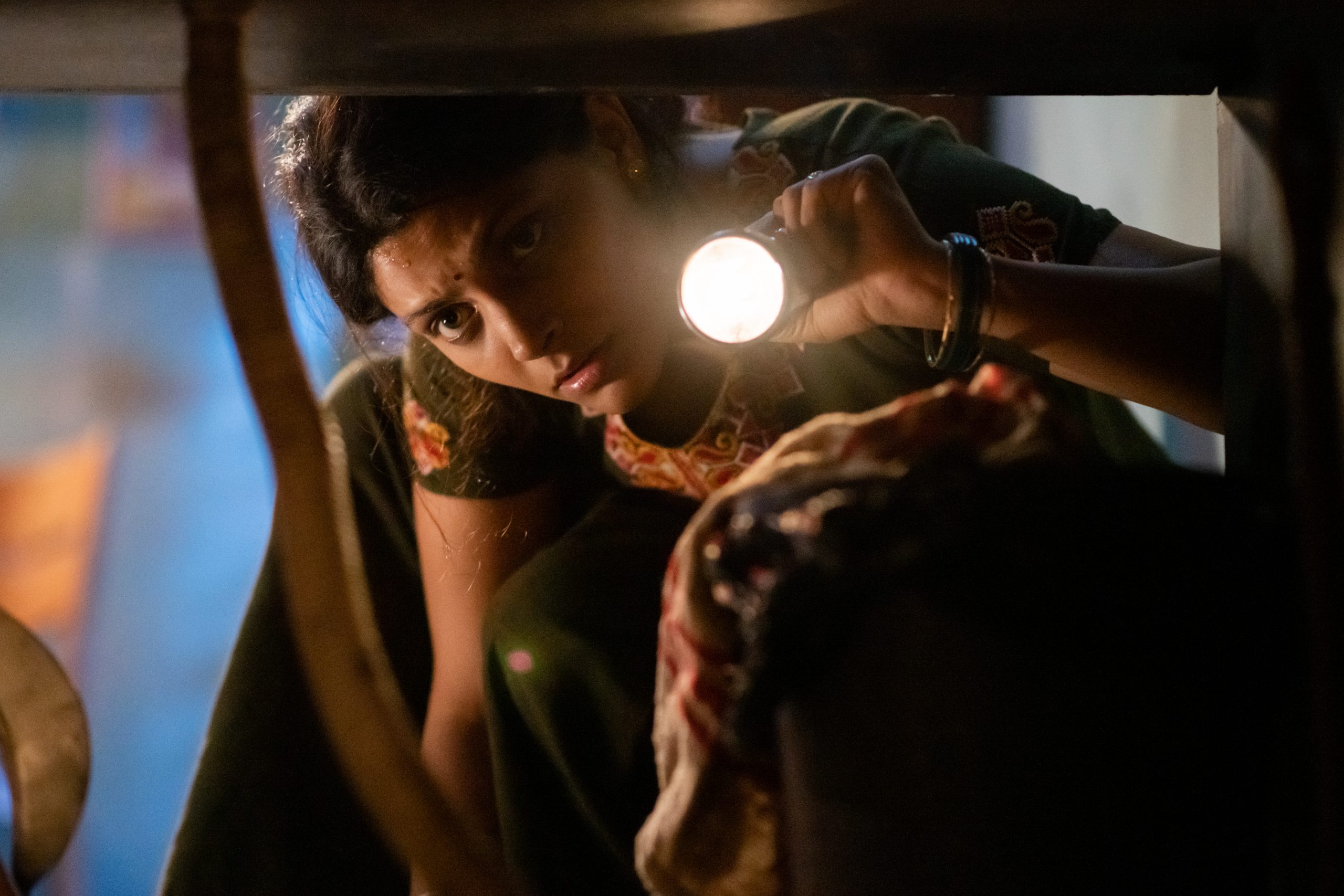 Rahul Desai from Film Companion describes Choked: Paisa Bolta Hain (Money Speaks) as arguably Anurag Kashyap’s most indifferent film while Anupama Chopra writes that Choked (2020) is Kashyap in minor key, contemplating on the significance of the title.  Yet, it is so often the minor that offsets the major in strident ways; the major being the backdrop of Demonetisation in Modi(fied) India and the minor being the subtle strain of resistance in an otherwise inconsistent film. From the protagonist’s active refusal to participate in the mythologisation of a leader who has managed to elicit a nationalist impulse out of divisive policies to her dogged pursuit of material happiness, there is a lot going on within the premise that deserves attention, especially in contemporary India. After all, Choked is the first of hopefully more films to come against the backdrop of the 2016 Demonetisation, when all five hundred and one thousand rupee notes went out of circulation overnight.  But Kashyap’s online credo of resistance against the present regime hardly gets effectively translated here, which is a shame, given the director is an important critic of the present government within the otherwise fawning entertainment industry.

The film, however,  shines best in its domestic moments— when the restrictive one-bedroom apartment of the middle-class Mumbai couple bursts at the seams literally and metaphorically, signifying the many fault lines in a disintegrating marriage; a part of the ceiling falls in the morning stew and the son covers his ears in frustration as he sleeps between his bickering parents. One of the participants in this marriage is a beleaguered government bank employee— a working woman Sarita, played by a subdued Saiyami Kher, who performs the dual labour of both the public and the private, earning for the household, bailing out her wastrel husband,  and ensuring daily domestic chores are performed algorithmically every day.  The other half is the husband, played by an unassuming Roshan Mathew, who struggles with the fragility of his dependence on his wife’s income and his unquestioned reliance on the patriarchal dividend that ensures he is still somehow relevant within the inner workings of this middle-class household.

Alongside the gore that sometimes unnecessarily percolates in his movies, Kashyap is also known for complex presentation of characters whose everyday failings make them remarkable filmic protagonists, like the obnoxious, obsessive alcoholic Dev in his debut movie Dev D (2009), the characters in his magnum opus Gangs of Wasseypur (2012), the misogynistic police officer in Raman Raghav 2.0 (2016), and the confused DJ in Manmarziyan (2018). Within this repertoire, it is true that Choked is, perhaps, Kashyap’s most understated film.

Stripped off his stylistic storytelling, even though we see glimpses of it here as well, this is Kashyap 2.0 as his own Bollywood colleagues put it— cutting to the bone, zooming into the mundaneness of everyday lived experiences. Here is a portrait of middle-class consumerist India,  now progressively stripped off all the outward show that accompanied the ruling party’s once rallying, now defunct credo— Shining India. Sarita, the overworked working woman is not meant to shine in an India where her aspirations, like her clogged drainage, is choked beyond repair. It then makes sense that she is only concerned with daily trivialities; how to financially take care of a household as policies beyond her control wreak havoc in her middle-class aspirations. She is also ready to silently defend her material longings against a corrupt system that is determined to squash her pursuit of a better life. Kashyap does not explore much of this fractured interiority when it comes to his characters. But the husband and wife’s individual reaction to the moment of demonetization tells two different stories— one of which deserves a closer look.

When the camera zooms into the video of Modi brandishing his diktat of demonetisation, the husband’s face lights up with newfound patriotic zeal while practical Sarita crumbles under the weight of her secret, which had previously given her wings, but is now crippled by the mere logistics accompanying her hoard. The banker in her knows too well that gimmicks like this are only momentary crowdpleasers. Demonetisation as a plot device, though not politically deployed here is a convenient backdrop. When Sarita’s dreams are so systematically demonetised, both by her inability to succeed in the singing competition where she was once a front runner and since then by her unemployed husband, what can be a better backdrop than the government’s new plan to further demonetise her aspirations? But this moment tells a different story for the husband, and it is Kashyap’s oblique exploration of middle-class masculinity which deserves closer scrutiny.

The film is acutely aware of majoritarian Hindu India’s political credo and active mythologisation of a larger than life political leader, who has now morphed into the ultimate ideal of aspirational Hindu masculinity. Kashyap does not have to zero in on this. In a scene, the TV blaring from a distance fleetingly tells us that Modi attributes the secret of his energy to mushrooms. In another scene during a spat, the husband informs his wife that Modi had left his family in service of the nation, to which the harried and clearly irritated wife asks him to leave or at least make himself useful in the house. It is telling that the husband is so obviously in the thrall of his leader; after a long time, he feels mobilised by a sense of purpose that compensates for the fragility of his current existence. He is repeatedly the butt of ridicule of his friends who directly gestures at his putative emasculation; one of them literally remarks that his wife wears the pants in the house. His wife and his son do not really respect him. He cannot hold down his job, spends his days pretending to make himself useful, when in reality he spends one agonising moment after the other besieged by doubts about his wife’s fidelity, and sudden access to money. So what can he do, when he so acutely fails to perform the heteronormative cultural script of a middle-class family man— the kind who protects and provides for his family— the kind validated by his leader. And so he channels the faux machismo of his leader and manages to protect his wife, against a small-time goon in a shallow narrative arc that is more designed to restore his sense of manhood than further complicate his fragile masculinity. This also seems like a hasty afterthought to drive the film to a happy conclusion.

The film then quickly falls flat in a mindless climax, ending with a minor reassessment of a marriage that is quite clearly mismatched. This could have been a significant film if Kashyap had been, perhaps, braver. After all, OTT streaming platforms like Netflix present endless possibilities, not always available in multiplexes. But despite its many failings, I revelled in the quieter moments— in Sarita’s characteristic listlessness when she comes back after a harrowing day at work to be confronted by her neighbours, who as human nature dictates under momentous occasions such as Demonetisation, often come to be characterised by the meanness of the human spirit, scavenging for freebies. Sarita impatiently looks at the clock to wriggle her way out of, yet, another drama. Or, during the moment when her husband complains that she is yet again serving potatoes for dinner, to which she spontaneously retorts, “If you want paneer, first try and be paneer!”

This Essay article was published in July 2020