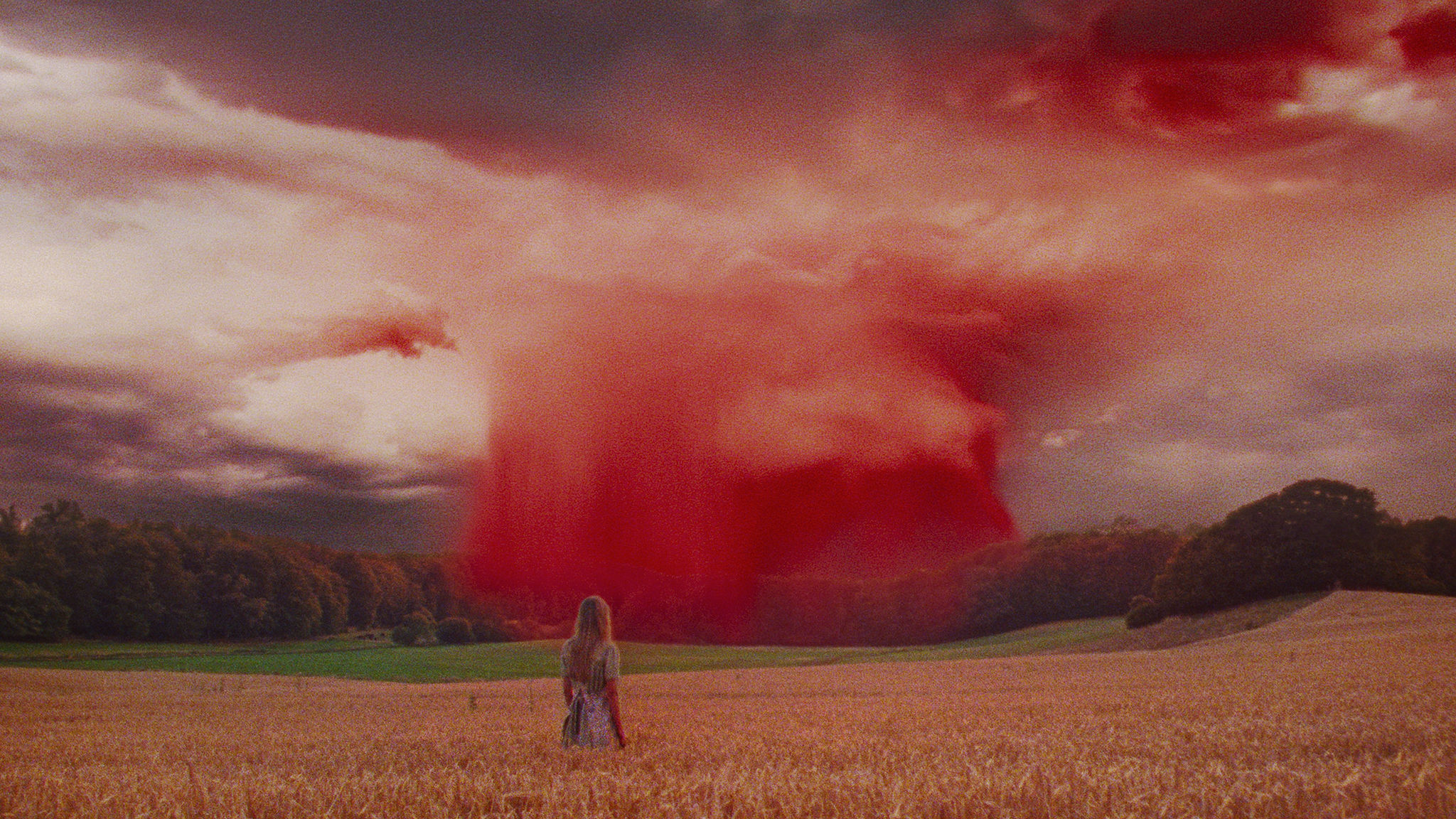 During the 51st International Film Festival Rotterdam, multiple films deal with the challenges of youngsters coming of age. Their ordeals form a pivot to paint a picture of not only the protagonists themselves but the social environment they grow up in.

In As in Heaven (2021), a peasant daughter has to confront the vagaries of fate. Being the eldest, Lise runs around with the other children in the Danish countryside of the late 19th century before moving out to attend school. Her future plans take a turn for the worse when the health of her pregnant mother deteriorates.

Debuting director Tea Lindeburg ostentatively symbolizes that plight with trite fantasy sequences in between idyllic scenery worthy of social media posting. The opening straight out of Terrence Malick’s playbook of banalities with hands gliding over cornfields already poses a warning shot for the coming facile elaboration. The imagery of this harsh country life where children play incessantly remains ever so crispy clean without any counterpoint of raw honesty like in The Tree of Wooden Clogs (1978). Just as the felt hats the peasants wear the film feels like it came straight out of a plastic wrapping.

The three girls Ana, María and Paula experience a childhood filled with danger in the mountains run by Mexican drug cartels, a social upheaval that Noche de Fuego seems intent to capture at times at the expense of the former. With the men absent working in the cities without sending money back their mothers do their best to keep the girls out of the cartel’s hands.

The patient and observant style that shows village life in all its facets betrays director Tatiana Huezo’s documentary background. Sometimes signs of the cartel seem planted there in too planned a manner, but ultimately the three girls’ plight burns through. As they enjoy school or play that pleasure always comes with faint threats as if the cartel might be near, like on a swim in the spring where the camera submerges together with them. This oppressive atmosphere creeps under the skin in the strongest moments, when for instance Ana and Paula have their hair cut for reasons utterly clear but undisclosed.

La ruche (2021) manages an unnerving balancing act of a family torn between familial love and the consequences of mental illness. In an intricate manner, Ludivine Sagnier plays a mother of three girls who slowly succumbs to a bipolar episode of delusion. Meanwhile, the children try to find their way vis-a-vìs her situation with denial a tempting option.

Director Christophe Hermans registers their struggles in a tight and professional posture, not unlike the Dardenne brothers (it even takes place in their hometown Liège). Although sober and intense when the camera swerves around within the confines of their apartment, the film contains a warmth thanks to honest performances from the young cast. Their ever-shifting conflicts between love, fear and contempt resonate as the family slowly and subtly drifts away to gripping results.

After a summer of trials and tribulations, Shabu (2021) can’t help but simply reward its titular teenage boy for his joie de vivre. He lives near the iconic Peperklip building in Rotterdam and crashed his grandmother’s car on a joyride much to the family’s dismay. When gigs like selling popsicles don’t work out he sets his eyes on an actual music gig to raise the funds for paying grandma’s fines.

This local movie follows him around with a hand-held energy reminiscent of the popular slang-infused comedy De libi (2019). Shabu tackles everything with an endearing smile, amusing fantasies of making it big and some droll avoidance of taking responsibility. Episodic in nature, Shabu indulges too often in montages of this carefree teenager hanging around in his beloved neighborhood. After repetitive coaxing his first inevitable steps towards adulthood feel easily rewarded and thereby too straightforwardly aspirational.