Death Is Not the End: Remain in Twilight 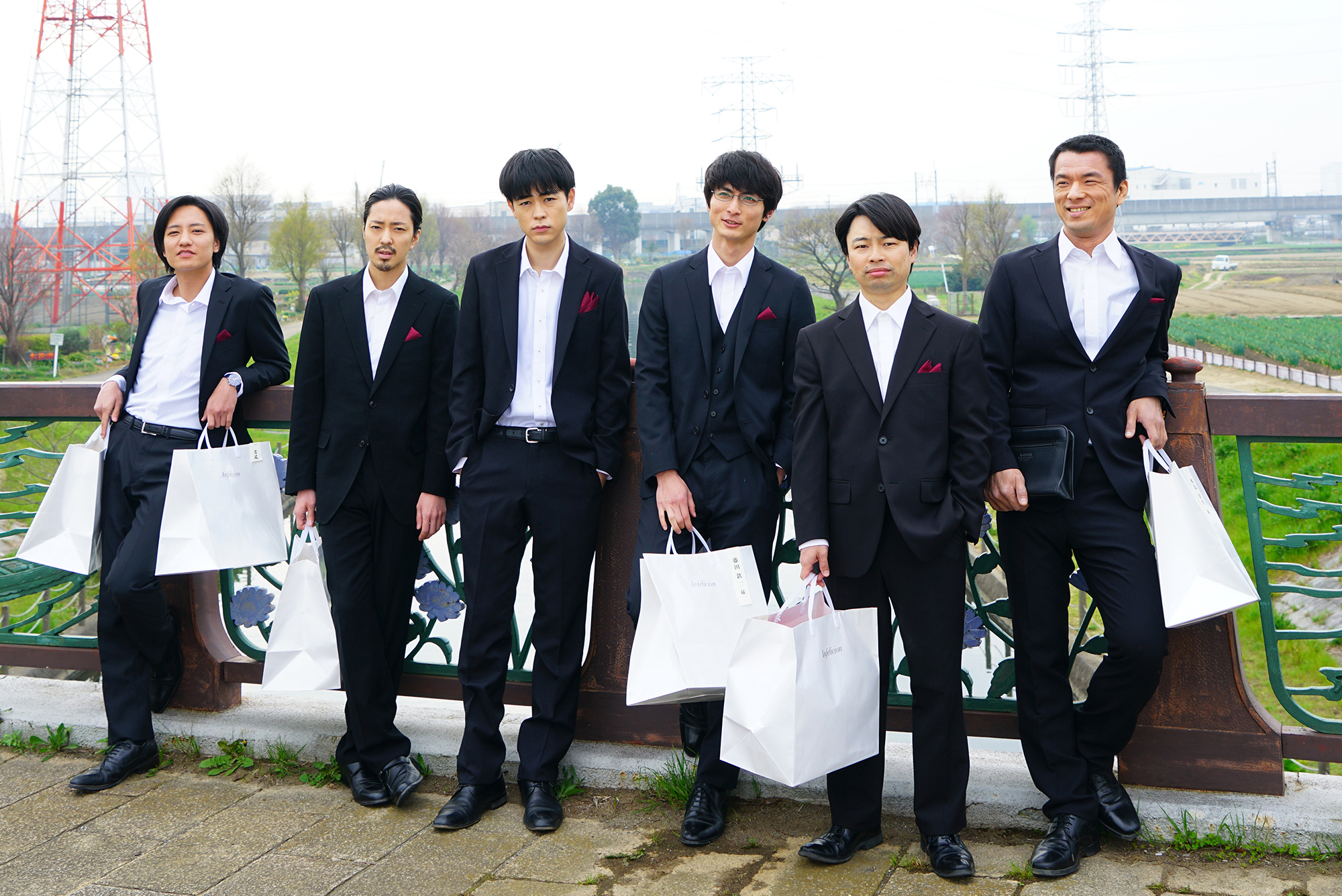 Remain in Twilight (2021) takes its premise of a dead friend awkwardly present at a reunion to surprising avenues, but with that shies away from confronting moments. The film nonetheless pulsates thanks to heartfelt performances.

Days before the wedding of a mutual high-school acquaintance, six old friends practice a dance routine to be performed during the festivities. Rather than rethink the risky act for which they would dress solely in red loincloths, they end up in a karaoke bar to relive old times. Their effervescent joking around with each other continues on the wedding day itself, after an embarrassing performance. The jostling and jousting circumvents the elephant in the room, which is the presence of Yoshio. He shouldn’t even be there, as he died five years ago. The other five reminisce about their friend they loved to tease but ultimately held in high regard through flashbacks triggered by mementoes.

Just like in actor-director John Cassavetes’ masterpiece Husbands (1968), old friends grapple with their adult lives and mortality after the death of a mutual friend. Although in both cases a light comedic touch brightens the existential crises of its characters, in Remain in Twilight this incessant effervescence shies away from feelings of resignation and dissatisfaction. Any suggestion of Yoshio’s strange presence gets trampled over by a torrent of inside jokes. The many references to the halcyon days of high school transcend plain wallowing in nostalgia. The group claws their fingers into the past unwilling to let go of it. This determination shines through in the spirited performances by the cast, relentlessly careening from nervous to kinetic exchanges.

Their energy turns their plight into one big tragicomedy. Perhaps unsurprisingly some group members found work as an actor after high school. Theatre and life intermingle here as they did in director Matsui Daigo’s fascinating earlier work Ice Cream and the Sound of Raindrops (2017). As a leftover from that film, frequent long takes with a dynamic hand camera capture the energy of these outgoing personalities, in another echo of Cassavetes’ style.

Yet Matsui turns toward goofiness as Remain in Twilight twists and turns to finally undergo a phase change to the wholly absurd. The film pulsates thanks to the spirited cast that makes the friendship heartfelt with a hope permeating that it can withstand the demands of labour, family or even death. In bizarre high fantasy sequences that heartfelt aspect becomes literal, when they hold beating hearts in their hands and a gaudily costumed Yoshoi flies in the air like a deity. On the one hand, this final confrontation with Yoshoi’s death and the group’s last regretful memory of him feels apt for these pranksters. On the other hand, this ascent into heaven strangely interwoven with their infamous dance routine comes across as yet another safe escape from life moving ruthlessly forward.

This absurdity stays absurd for its own sake as a complacent reaction to the existential dread earlier dressed up in jokes. In addition, the film clunkily transitions between past and present with literal triggers disrupting heartening moments of friendship, save for the occasional nimble cut. And the all too crisp and clean digital texture further stifles the vibrancy of the interactions. This means that, although the energy ebbs and flows of Remain in Twilight captivate, the panache of Ice Cream and the Sound of Raindrops lacks, and with it the emotional resonance.

This Camera Japan article was published in October 2021