Does Everybody Deserve a Fair Trial? 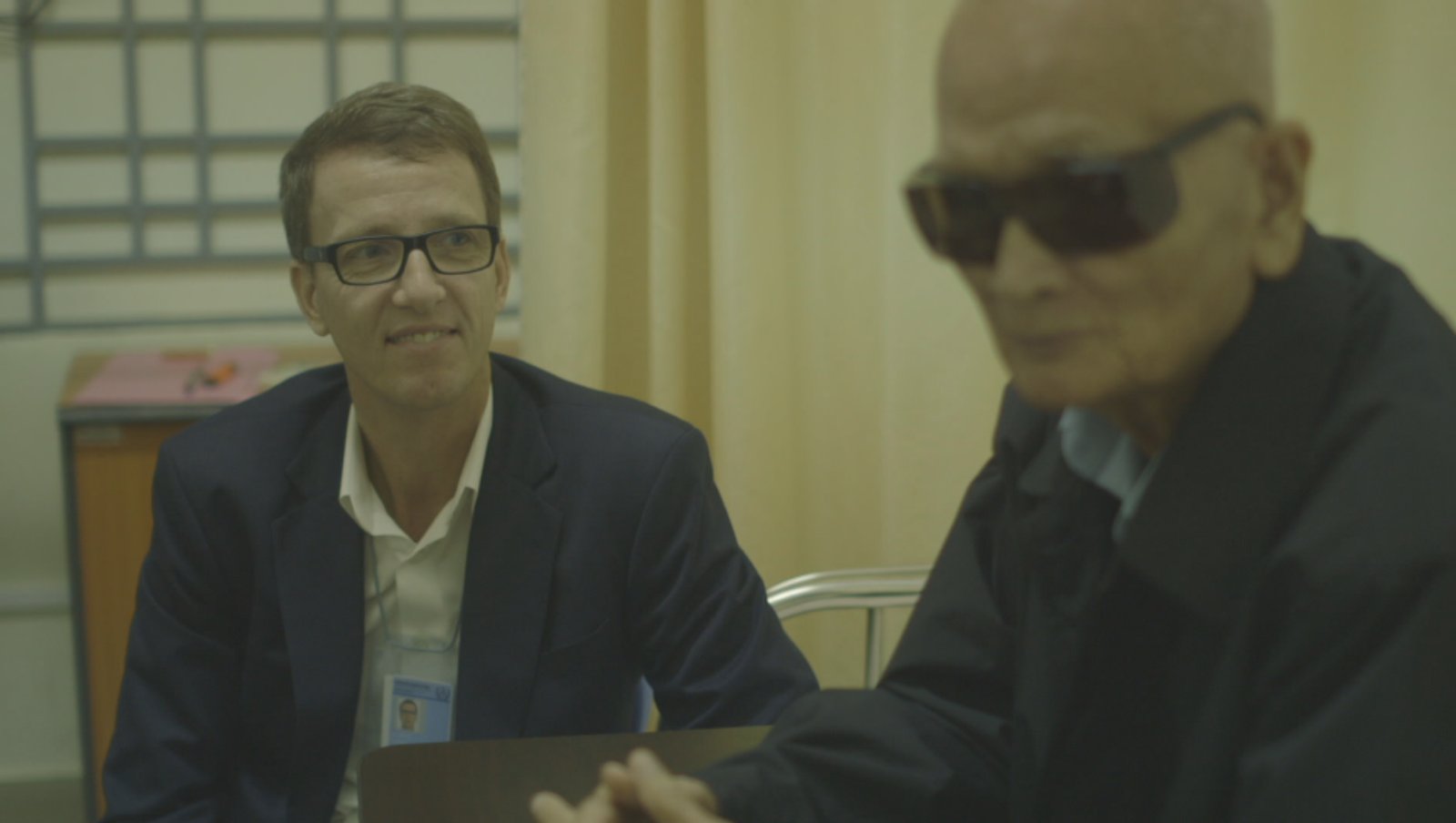 Nuon Chea was the number two man of the Khmer Rouge regime in Cambodia, only second to dictator Pol Pot himself. In Defending Brother No. 2 (2017), director Jorien van Nes follows the two Dutch lawyers (Michiel Pestman and Victor Koppe) who have tried to defend him in an international tribunal for the past ten years. By questioning the morality of the lawyers as well as the trial itself, and ultimately the viewer’s, Defending Brother No. 2 is one of the highlights of this year’s Dutch Film Festival (currently taking place from 20 to 29 September).

The Dutch Film Festival is a yearly festival showcasing Dutch cinema, by showing all Dutch films of the year. Both those released previously and those yet to be released, either in cinemas or on television. As usual, the documentaries are on average a cut above the fiction films. So it should come as no surprise that the documentary Defending Brother No. 2 is the best film I was able to see at the festival this year.

The Khmer Rouge was the Communist Party of Kampuchea in Cambodia, led by Pol Pot, Nuon Chea, and others. The party took power in Cambodia in 1975, after defeating the Khmer Republic. Under its rule from 1975 to 1979, in between 1.5 and 3 million Cambodian people died. From mass executions, torture, and the forced labor, famine and diseases caused by the radical reorganisation of Cambodia’s entire society and people by the Khmer Rouge. What was supposed to be the formation of a socialist paradise led to the death of roughly 25 percent of the population.

Defending Brother No. 2 explores this history through the story of two Dutch lawyers who are asked to defend Nuon Chea in an international trial in which he is charged with several counts of crimes against humanity. With Pol Pot having died in 1998, Nuon Chea, the so-called Brother No. 2, is the number one left responsible for what has become known as the Cambodian genocide. The site of mass executions has become famous as The Killing Fields.

Starting in 2007, the lawyers try to piece together what happened in order to prepare for his defense in what is supposed to be a truth-seeking tribunal instigated by the United Nations. The lawyers are frustrated at every possible turn. The actual trial doesn’t start until 2009, after much back and forth between the UN and the Cambodian government. A government which contains many former members of the Khmer Rouge. Who are intent on making sure only those not in power anymore get charged by this tribunal, and blamed for what everything that happened.

Defending Brother No. 2 investigates the history of the Cambodian genocide alongside the lawyers’ investigation into the charges against Nuon Chea (which are so complicated that the trial was split up into two parts, the second of which won’t reach a verdict until 2018). After first painting a familiar picture known internationally through history books, slowly this picture is complicated.

By showing how much the two lawyers are subtly and less subtly kept from being able to present a proper defense, questions are raised not only about the legitimacy of the tribunal but also about the official history of Cambodia as we know it. When Victor Koppe discovers evidence that might absolve Nuon Chea from responsibility for the first mass murder he is charged with, he is not allowed to enter it into the case.

By complicating the known idea of what happened and who’s culpable for the atrocities committed during the reign of the Khmer Rouge, Defending Brother No. 2 complicates our understanding of not only the history of Cambodia but also our readiness to accept history when we are taught it in school or university. At the start of the film, the main question is “how could they defend that man?” By the end, the question has changed and multiplied. Do we know what happened? Can we even know? Can we then still judge Nuon Chea? Regardless of how the tribunal ends up next year, Defending Brother No. 2 deftly asks us to rethink what we think we know about recent Cambodian history and how we arrive at that knowledge.

This Outdoors article was published in September 2017