Eating Cake in a Bathtub: The Measured Surreality of Jonaki 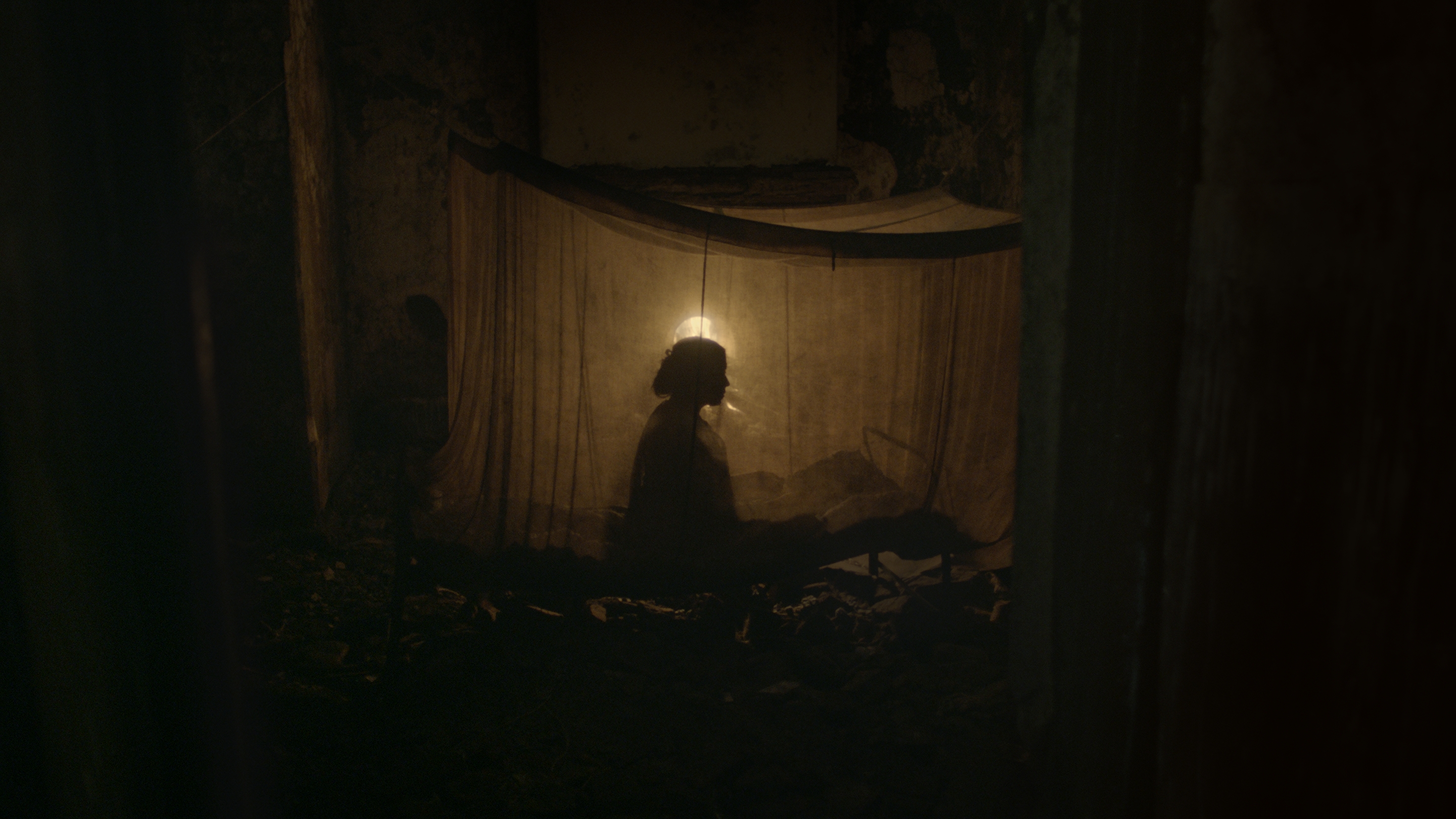 They say your whole life rushes past your eyes before you die. While there is an inherent sadness in that thought, there is also a sense of unbridled exhilaration; a sudden burst of energy before everything settles down forever. Aditya Vikram Sengupta’s Jonaki, which premiered at the International Rotterdam Film Festival earlier this year, is an embodiment of that feeling — a feeling we’ve all imagined but never felt. The film, made as a tribute to his grandmother, is an otherworldly bildungsroman, a film about a child becoming a youth gradually waning into an old age, but with all its linearities blurred out.

Coming from a tradition of cinema in India that emerges from the very vocal and energetic traditions of the tamasha and the Parsi theatre, Sengupta uses silence beautifully. As was the case with his previous and debut venture, Labour of Love (2014), the silence in the film is a character in itself. It is also the most constant and identifiable character that doubles up as the narrator filling in the gaps left in between the imagery. The silence is ever-present and ever-witnessing and although it lends itself to a feeling of awkwardness and self-consciousness in the viewer at first, it has its way of capturing our collective attentions and immersing them in the narrative. The absence of talk is amply substituted by the imagery that Sengupta’s production designer, Jonaki Bhattacharya meticulously and consistently draws up scene after scene. One is reminded of the root etymology of the word “cinema” — kínēma and gráphein — to record the movement. Sengupta does that beautifully as his static camera focuses itself on recording the invisible movement of time. I have grown up watching Lolita Chatterjee playing the treacherous vamp in Bengali films. Her height, sharp features, and flawless English set her apart from the coy, petite, and shy Bengali actresses who mostly took up the traditional “good” wifely lead roles. Tired of being typecast in Bengali films, she moved to Mumbai to try her luck in Bollywood. Here, too, her unconventional “western” looks made her a fixture as the morally ambiguous arm candy and to have the money flowing, she took them all up. Unfairly stereotyped and her acting prowess grossly unrecognised, she finally turned to the travelling folk theatre of Bengal jatra and played a gamut of roles—from Ophelia to Indira Gandhi. Jonaki marks a second lease to her career which not only has her coming out of an age-imposed retirement from films but also gives her a chance to display her immense skills as an actor, something that has gone unrecognised in her almost fifty years long acting career. Chatterjee plays the eponymous Jonaki and the whole film is her dreamscape as she lies motionless in a bed, surrounded by medical paraphernalia. She sees her childhood, her adolescence, her griefs, and her joys while her body lies in a state of comatose. Essentially, it’s a love story of star-crossed lovers that traverses the long roads of time, passes through many realms of resistance and reality before finally coming to a union of sorts. Like most good stories, the story of Jonaki is simple: boy meets girl, they fall in love, her parents object, he joins the army, she is married off, and lives through an unhappy marriage. Like it’s in the case of dreams, we don’t quite know the specifics of time and place with Jonaki and we are often not clear on the context of what we see but we see the characters clearly and what they’re doing—they might not always make sense but they’ll always tell a story. One could perhaps call Jonaki a narrative bordering on magical realism, wherein a fantastical, otherworldly story is told but without making it sound fantastical. Sengupta does not employ snazzy special effects visually or in sound. In fact, he does the opposite with his always in half-light mise-en-scène; the moss on the walls looks so real, the lack of sunlight feels so palpable that one can almost feel the textures and live the dampness of the rooms Jonaki lives through. There are bathtubs, ornate mirrors, long staircases, and an elaborate laboratory Jonaki’s father meticulously works on his failing experiment. But like in a dream, everything is aqueous and indefinite in shape; the borders are blurred, the corners are darkened, and there is a pervading sense of surreality through it all. There are leaves changing colours, birthday cakes being eaten in bathtubs, a theatre filled with lit candles and the skies raining tangerines. The drama that is absent in the scant, frigid dialogues between characters, is aptly supplemented by the way Sengupta and Mahendra Shetty, the cinematographers, use light. Each frame, in collaboration with the production designer, is almost like a painting. When Chatterjee, playing her younger self, sits while her mother gives her a sponge bath, naked in her ageing body, she looks like she has just stepped out of a frame: with the grace of Degas’ “Après le bain” married with the stark realism of a Lucian Freud painting. There are bursts of colour that appear within the almost-monochromatic colour scape of the film — in tangerines, in wedding dresses and army uniforms. They constantly play with shadows and silhouettes to add a depth to the narrative as do the sound designer and music director. There are long spells of silence that are suddenly ruptured with a recording of a Tagore song, and then there are sounds that feel like people talking at a faraway distance. The whole crew works in conjunction to effectively present the dream – like feeling of being both too close and too far—the ephemeral feeling of seeing something that you can’t touch. Indian cinema, somewhat legitimately, suffers from the reputation of being a tradition that is loud, wordy, generic, and very extroverted. While there has always been a parallel tradition of making divergent films, there have also been a lot of filmmakers, especially filmmakers who make films wanting them to travel through the festival circuit, who have made use of the stereotypes in order to make their films more accessible. That Sengupta chooses not to do that, is not just a relief but also a celebration of the underseen aesthetics of filmmaking that emerge out of India. It is a very deft hand with which he and his team regulate the intensity that is fed to the audience through the film, and it is with a more deft hand that he marries his design school aesthetics to a contradictory tradition of cinematic aesthetic. It’s probably too early to say if films like Jonaki signal the resurgence of smaller, non-studio backed films in India but it is definitely a start and that people are keen to watch films like this one, is in itself a fair cause for celebration.