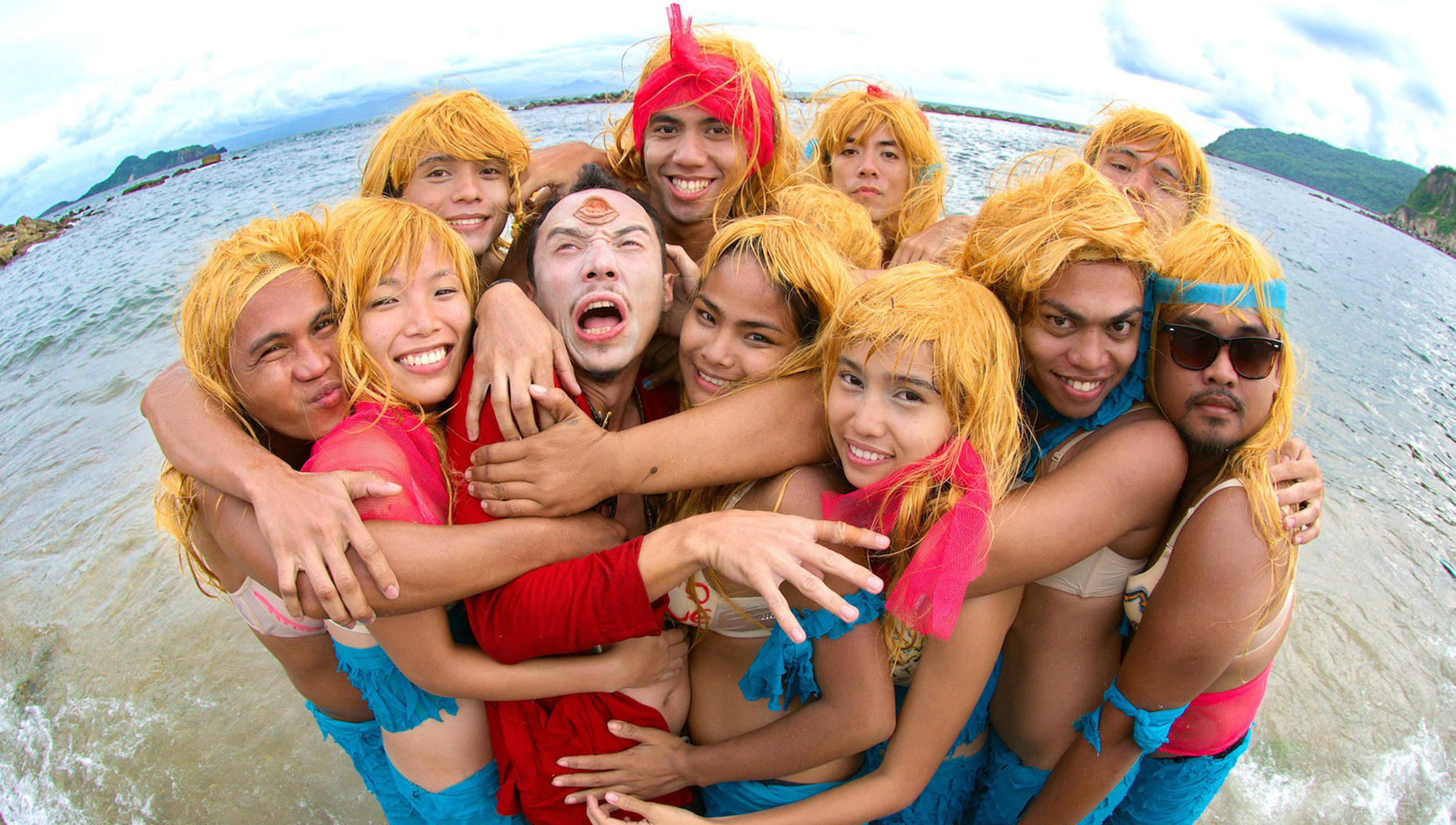 The films of Khavn De La Cruz (or KHAVN) are as extravagant as his personal style. The appearance of Filipino poet, singer, songwriter, pianist and filmmaker easily stands out at festivals like the International Film Festival of Rotterdam with combinations like red pants with Spongebob Squarepants blazer. Enough seriousness for now. The film continues with a Star Wars-esque introduction, which welcomes us in the year 2030, in the Republic of EK-EK-EK. It also introduces the charismatic young prophet Three Eyes, the hero of the film.

What has happened in the period between the revolution of 1986 and the year 2030? A lot and nothing at the same time. The country was led by 29 different presidents. One looked like a cowboy, the other was more like a samurai, while another leader was more a Rambo-type. Number 29 was Nigger Thunder, number 30 is Three Eyes. All hope is pinned on him. Rounded, iris-shot images alternate with black-and-white archive material of the strike against the dictatorship of Ferdinand Marcos that was held during the EDSA revolution (also called People Power revolution). “Stop killing peasants who feed the nation” is what one of the protest sign shows. Other scenes present peasants who try to demolish the barricade of the military and scream “We’re on strike”, Christian sisters distributing bread, and eventually the celebration of the successful result of the revolution.

The transitions from fiction to documentary are quite abrupt. It continuously shakes you up and makes you realise that the funny parts of the films aren’t actually just for laughs. Back then, in 1986, people were celebrating the change that was about to happen in their country but, according to Khavn, nothing did change. Not in 1986, not thereafter. Will it happen in the future? The director seems to be very pessimistic about that. So why does the political and economic situation of his country stay the same? Why did so many presidents fail in improving The Philippines’ circumstances? “Instead of improving, it gets worse,” concludes Three Eyes’ girlfriend. However, it’s not the fault of all these presidents. It is due to four skinheads, the Quartet-Against-Real-Freedom, the true kings of the republic. Pictures of these four men are projected in the sea. These kings seem immortal, but can be killed. By a laser gun. Only then, the Filipinos can live in real freedom.

Three Eyes, who is worshipped by poor possessed citizens during one of the musical numbers, is the one who has to save his country. He is kidnapped by a gang that can be recognised by the shopping bags the member wear. Three Eye ends up in the secret headquarter of the Quartet-Against-Real-Freedom, inside the head of Virgin Mary. It appears that Three Eyes is created by these gods.

They ask Three Eyes to deteriorate the economic state of The Philippines even more than his predecessor. That’s it. Three Eyes takes his laser gun and shoots the four skinheads down. He escapes out of the Virgin Mary’s head and finds his girlfriend praying in front of a man hanging on a cross. The head of a Jesus statue rises up like a rocket heading to the outer space. The henchmen of the Quartet-Against-Real-Freedom disappear. During the protests, several Christian groups were involved. Their presence is probably the reason why the revolution was a nonviolent one. But this peaceful gesture didn’t give The Filipino’s the revolution they were hoping for, is what we can conclude from Khavn’s film. Meanwhile, the citizens keep praying for a better future and worshipping their gods and leaders, but that won’t improve their future.