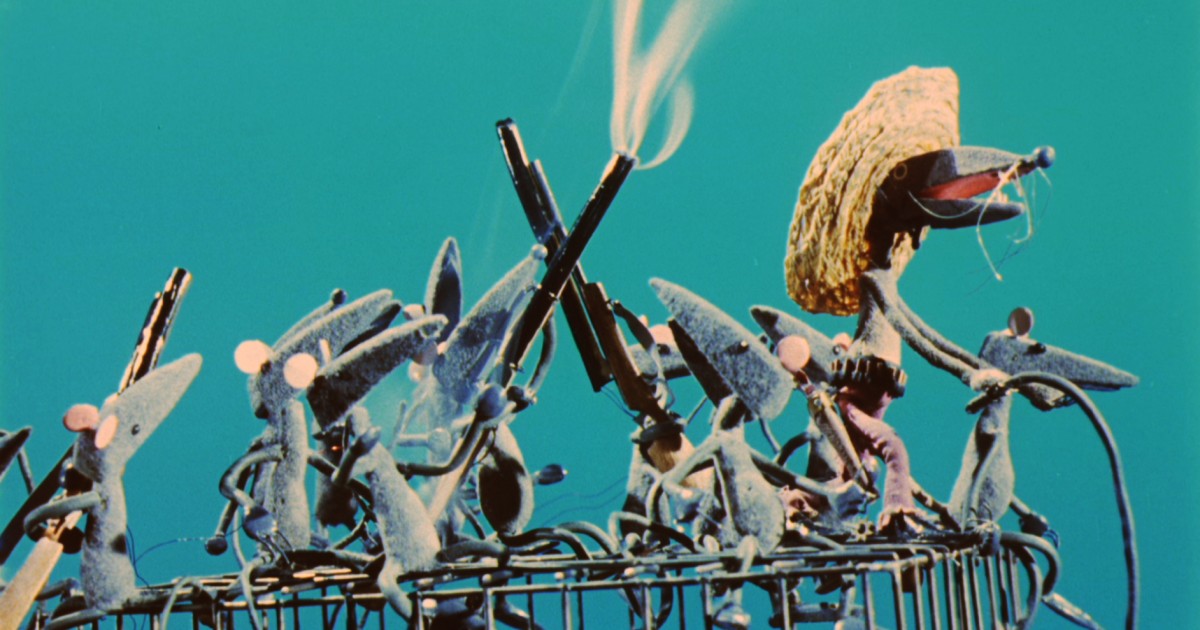 Just like Rein Ramaat, Elbert Tuganov is considered one of the founding fathers of the Estonian animation film, of the Estonian puppet animation in particular. However, Tuganov wasn’t born in Estonia but in Baku, Azerbaijan in 1920. His mother was a Lutheran Estonian, who took her son to her sister in Berlin after many of her family members died. Here, Tuganov graduated from grammar school and found a job in a Russian restaurant, which he didn’t like so much. One day, he saw a vacancy in a newspaper for a job at two German animation film studios. Tuganov applied, got the job and that’s how his animation career started. Without having any experience and dreaming of studying architecture, he started working at a small animation studio that produced theatrical commercials on the one hand and the large film company Döhring Film on the other hand. Within a couple of months, he learned the basics of animation film making.

When Hitler took power, Tuganov went back to Estonia to perform his military service. After the war, he sought employment at Tallinnfilm. For eleven years, Tuganov made titles and credit sequences. In 1957, a year before Tuganov established a puppet animation department at Tallinnfilm, called Nukufilm, he made his first stop-motion puppet animation film: Little Peter’s Dream (Peetrikese unenagu). Based on the Danish story ‘Palle Alone in the World’, this 20-minute bright coloured film depicts the adventurous nightmare of a naughty little boy (with huge eyelashes). In his dream, Peter wanders through a deserted city and gets himself in a series of troublesome situations. He causes an accident while driving a tram, bullies the bees living peacefully in their beehive and finally flies with a rocket to the moon. Little Peter’s Dream was aimed at a child audience, however, the film is actually quite a sad and even horrifying story about a little boy who has no friends to play with and gets punished in a certain way for his naughty behaviour. Little Peter’s Dream expresses a moral lesson in a terrifying way.

The stop-motion animation isn’t very fluent and although the atmosphere of the film is a bit cruel for a children’s film, Little Peter’s Dream is still a pretty good first animation film that already contains some characteristics that will return in Tuganov’s future work. In 1961, he made Ott in Space, again a film about a little boy, called Ott. One day, Ott leaves school and ends up in a rocket that brings him into space where he meets numerous strange creatures. Just like Little Peter’s Dream, Ott in Space is a children’s stop-motion film about the scary adventures a little boy experiences. The latter too ends up in a moral lesson. If Ott only had paid more attention at school, he would have been able to save himself.

Tuganov seems to have had a kind of fascination for travelling into space. In Kröll (1972) a bunch of children fly into the air with a little help from their balloons. The animation film, with puppets that look like Peter and Ott, shows how three children escape the house after doing the dishes. In front of their house a man is blowing up balloons. Together with other children from the neighbourhood, the three siblings start to jump around each of them holding a balloon in their hand. Then, they gather in a bush, which comes off the ground and the children fly into the air. Unfortunately, their adventure doesn’t last long, since they get stuck in the roof of a building.

These three films are more or less the same regarding both the story and the style. All these films are all bright coloured stop-motion animation films with sparsely detailed backgrounds and little dialogue about naughty children who learn a moral lesson by going through some adventurous situations that cause an almost traumatic experience. With films like The Monster of the North (Põnja Konn, 1959), Mouse Hunt (Hiirejaht, 1965) and A Baby Stork (Kurepoeg, 1967), Tuganov showed another side of his artistic capabilities.

The style of these films isn’t as sweet as the style used in Little Peter’s Dream, Ott in Space and Kurepoeg. The Monster of the North, for example, is a rather mysterious and often dark coloured, but still very moralistic stop-motion animation film about the adventures of a brave man on a mission. The story is told by an extensive voice-over. The brave man is the one who dares to fight the dangerous monster of the North and travels through the land the monster destroyed in order to find it. The natural backgrounds of this film are more realistic and detailed than the aforementioned films and so are the human characters.

Animals are present in most of Tuganov’s films.We encounter bees in Little Peter’s Dream, wild animals in Ott in Space and black birds in The Monster of the North. However, Mouse Hunt is fully set in the world of animals. A group of fluffy cats are preparing a professional mice hunt. Meanwhile, the skinny mice are breaking into the cats’ base to plunder the grain field. The film turns into an animated musical western that shows that the mice are difficult to catch for the superior cats.

Park (1966) is one of the non-puppet animation films Tuganov made, but it’s not only its style that makes his film stands out in his oeuvre. This cut-out animation filmis also one of Tuganov’s more political films. It’s about a city where the authority decides to improve the infrastructure by building a park with an asphalt road. A fanfare accompanies the grand opening of this park, however, the citizens don’t seem impressed by this project. Instead of walking on the asphalt road, they choose to walk the way they are used to. In other words, they don’t believe in the modernist ideas of the authority.

Between 1958 and 1981 Tuganov made 36 animation films. He retired in 1981 not longer wanting to live in the Soviet-Union. He went to Spain, hoping to spend the rest of his live here, but Spain refused to grant him political asylum. Tuganov decided to go to West-Germany, the country where he spent most of his childhood. Unfortunately, he wasn’t welcome there either. Tuganov returned to Tallinn, disillusioned. He had to explain his actions to both the KGB in Moscow and Tallinnfilm. He got a job as a consultant at Nukufilm, however, from then on all his film proposals were refused. The Central Committee of the Estonian Communist Party had told the studio to not let Tuganov make any more films. In 2005, he got recognition for his animation work by winning a Lifetime Achievement Award at the Talinn Black Nights Film Festival. Two years later he died in Tallinn.