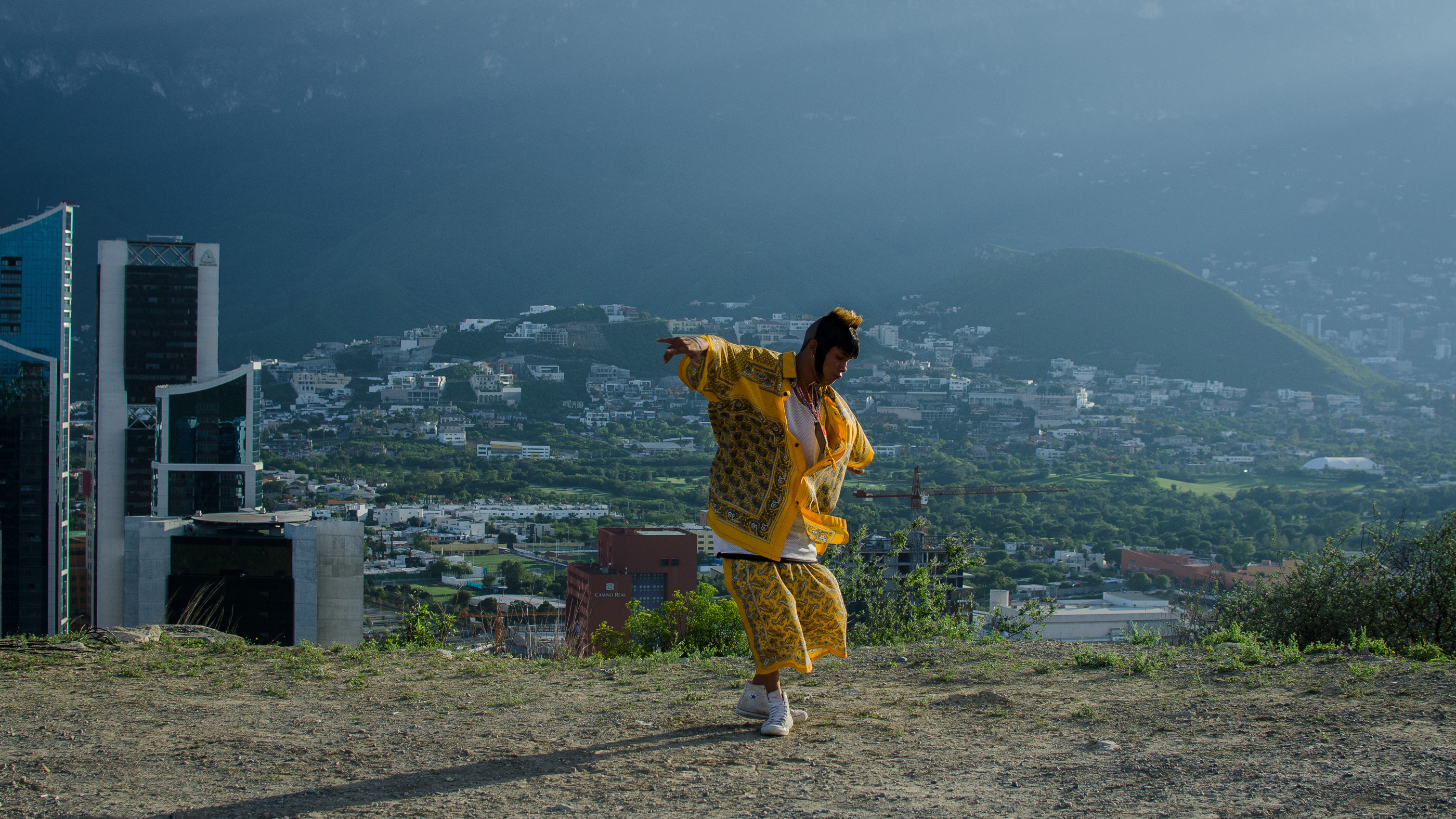 The new decade starts off with an upending of our daily routines thanks to the coronavirus. The film industry has not been spared this disruption, forcing the organisers of the 32nd CinéLatino Festival in Toulouse to unfortunately cancel the regular program. In a trimmed-down version, the festival has been digitised for a select audience.

With cinema deriving part of its magic from the collective response to the happenings on screen, this digitisation highlights these estranging times when physical distancing from others is the socially desirable move. Still, the evocative power of film could aid in making one’s confinement a period of reflection. Some of the contributions of Cinélationo’s selection of Latin-American cinema are adequate companion pieces for these times despite their vastly different context. They deal with estranging places, where vastly different worlds collide.

In I’m No Longer Here (2019) it is the Mexican migrant Ulises (Juan Daniel Garcia Treviño) that feels estranged. He longs for home, after being forced to flee from violent drug gangs, in Monterrey to the United States. He pines for his friends in the cumbia scene, an originally Colombian dance style played slowed-down in Mexico. In flashbacks they dance passionately, observed by cinematographer Damián García who gives ample space to their peculiar moves. It’s a stark contrast to his life as a migrant, where the fleeting contacts while scrambling for dollars prove to be unfulfilling.

This tale of loneliness turns into tragedy when he returns home with his fascinating hairdo vanished as have those golden times. The stoic Garcia Treviño is able to stir up a wide spectrum of emotions highlighting his loneliness. Still back in the US director Fernando Frias sets up a budding friendship with an overeager daughter of Ulises’ employer that steers I’m No Longer Here into the melodramatic. Despite that deception, Ulises’ misfortunes still ring true thanks to the nostalgic air swirled up by the cumbia dance.

More explicitly about the Mexican Drug War is Sanctorum (2019), a gripping exorcism of traumatic experiences. A young boy wanders off into a misty forest searching for his mother while his village of indigenous people are trapped in between exploitative drug lords and the corrupt military. Director Joshua Gil depicts the former threat with a Breaking Bad (2008) gusto when they visit the mayor and one of them slams the table. It’s indicative of the tension rising in step with the indigenous people’s plight, played up with the mystical vista of grandiose starlit skies.

Sanctorum takes a definitive supernatural turn vaguely reminiscent of the climax in Tigers Are Not Afraid (2017) during the village’s final confrontation with the military. The crescendo of mysticism gets unleashed when all meandering stories merge. Fiery spirits enlighten the chasms between the ancient wisdom of the indigenous people and the myopic productivity mindset of their beseechers. Thanks to the ineffable tension throughout Sanctorum shows one of the victims of crime and state oppression with pride and indomitable power.

Instead of crescendo, the Bolivian Mermaid (2019) stays pianissimo throughout. An ostensibly trivial retrieval of a corpse is the ingenious story device to reveal the vast differences between indigenous and technical thinking. The crew tasked with getting the body from a village located in a deserted landscape gets delayed thanks to the inhabitants’ insistence on finishing their sacred rituals for the deceased persons soul. The stillness of the land pierces shot with clarity by cinematographer Marcelo Villegas. It stands in mesmerising contrast to the captivating close-ups of people unencumbered by civilised deadlines sitting around the fire by night.

The film sways not unlike Embrace of the Serpent (2015), another black and white philosophical rumination on the consequences of technical thinking. The imagery of the heady Mermaid lingers with a brooding atmosphere, which director Carlos Piñeiro ever expands. This way the cerebral inclination at heart gives ample space to discern the conflicted modes of being between the indigenous and the technical. Just like in One Day in the Life of Noah Piugattuk (2019), trivial happenings highlight that conflict. The chuckles from the indigenous and annoyances of the domesticated visitors distill this incommensurability down to its essence.

This Outdoors article was published in May 2020