Even Better Than The Real Thing? Music as a One-Time Experience in Movie Theatres 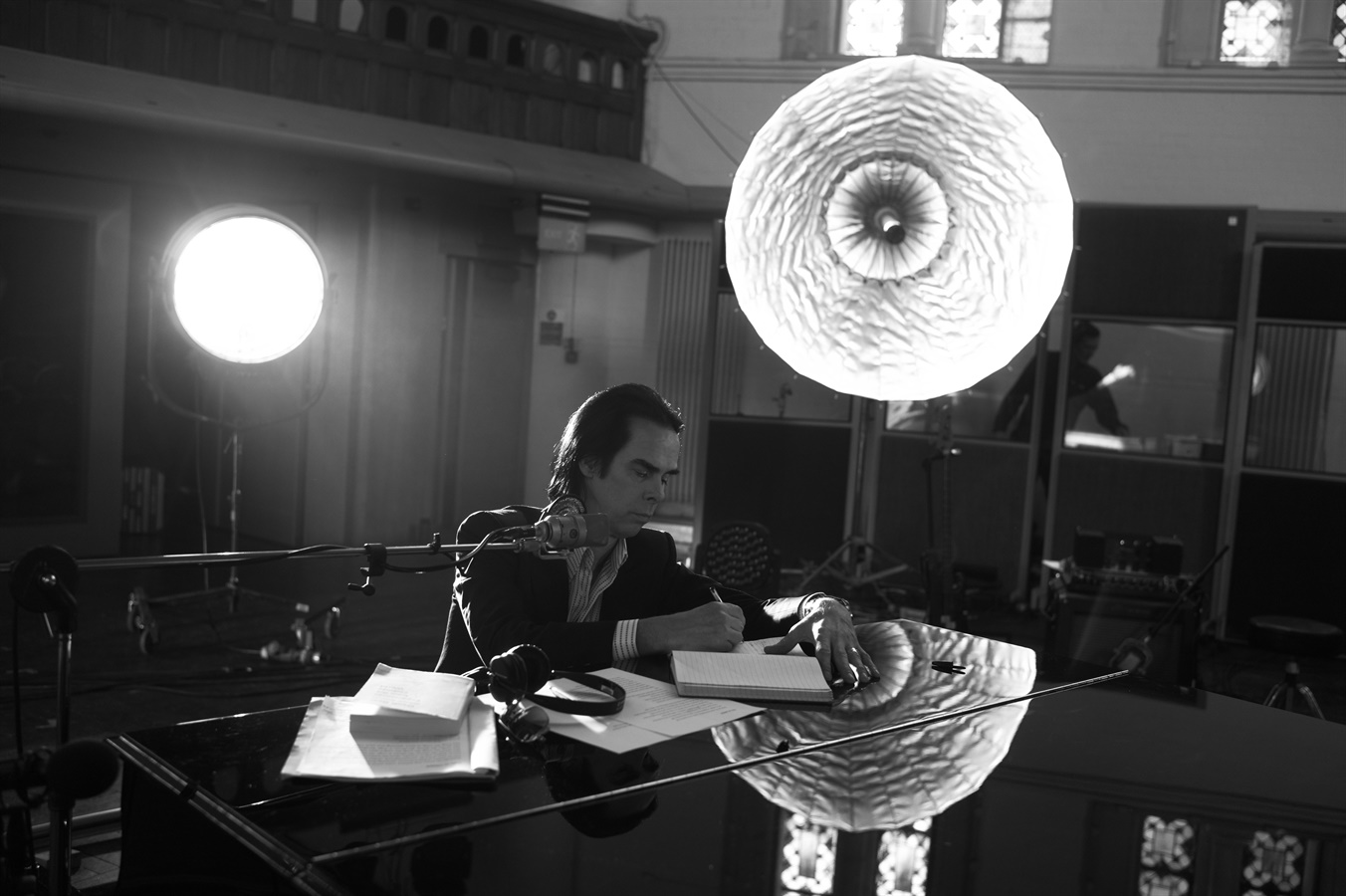 A sunny Sunday afternoon in September. Just a short walk to the venue. Crowds of people have already gathered. A lot of grey hair, worn out jeans, and stubbly beards: the typical crowd for a rock concert by an established musician. Rock concert? But this is a movie theatre, and the crowd of people are definitely not the familiar faces at a multiplex like this. The ‘concert’ is a screening of One More Time With Feeling (2016), a documentary about the making of Nick Cave’s last album. It is the only screening of the film, so the feeling is that of a unique experience, similar to a concert. It seems movie theatres have discovered their ability to appeal to music lovers with the promise of an experience around great music.

It is not so many years ago I went to a reprise of Monterey Pop (1968) in Amsterdam’s Filmmuseum. With its squeaky sound, it hardly evoked a feeling of ‘being there’. But technique has improved a lot since, and the music and film industry recognized an opportunity to benefit from the possibilities this offers. Both music and film industry are enduring hard times due to internet piracy and streaming services. They can no longer rely on the revenue models of the past. The popularity of concerts has increased, making that the cash cow of the music industry instead of music albums. These are experiences people like to spend their money on, maybe in a similar way as the film industry hopes that people are interested by stuff like 3D for an experience that can’t be recreated at home.

One More Time With Feeling is an example of this development, including 3D-glasses to increase the feeling of immersion. Another film that does so is The Beatles: Eight Days a Week (2016), remastered and digitalised, marketed in a manner of ‘The Beatles like you have never seen and heard them before.’ It even shows the complete Shea Stadium concert as an extra next to the film’s ending. It might be true: we have never seen and heard the Beatles (usually completely drowned out by screaming girls) more clearly on a performance. The same might be true for contemporary music, like Nick Cave’s, recorded and played with the best equipment. It is unlikely you could recreate this standard at home. And it is just as unlikely that the quality of sound reaches this level of perfection at a concert (besides seeing the artists only as miniatures in the distance). It seems only natural that some movie theatres even have a structural program of music concerts (such as The Rolling Stones: Havana Moon (2016)) and performances of The Metropolitan Opera.

Music is not the only art discipline the movie industry has discovered. The last couple of years saw a release of an unusually large number of films about visual arts and museums. Almost every great art museum in Europe has already been subject of a documentary (Het Nieuwe Rijksmuseum (2014), Francophonia (2015), National Gallery (2014), Museum Hours (2012)) just as a couple of artists (last year saw several films about Jeroen Bosch released). Films such as these usually contain ample footage of enlarged details of masterpieces, in great clarity.

It’s a development that might be stimulated (or even: only made possible) by the introduction of digital projection and enhancement in quality of recording equipment. Not only is the quality of projection finally sufficient to recreate these artworks in such great detail that might surpass the real thing, but film distribution has changed enormously. Complex logistics with tangible film reels has made way for simple digital distribution. This development makes it easier to screen a wider variety of films, or even organise one-time screenings. In that way, cinemas can also attract new target groups. The films about visual art, concerts and music documentaries, seem more directed at the kind of people that frequent museums and concerts, than at the typical film buff.

In a peculiar way, these art disciplines seem to enter the film domain, when subject of a film. This means that something cinematic has to happen for it to stand out as an cinematic experience, just like a feature film or documentary needs to do so. However, mindboggling the details of a Bosch painting might be, or however satisfying a plain concert registration; that does not necessarily make it a great film. So, when it comes to music films, it really has to make the most of the main attractions of film: visuals and story. The regular music documentary does so, when it comes to story at least. A film such as Oasis: Supersonic (2016) manages to give a context to the song Wonderwall, making it, especially in the setting of a movie theatre, like it is the first time you hear this worn-out song. The same might be true for some people in the case of Eight Days a Week, although director Ron Howard has little to add to the well-known story of The Beatles.

To me, one of the best music documentaries of the past few years is Montage of Heck: Kurt Cobain (2015). It not only gives context to the familiar body of work that passes by. It also works on a visual level, with a lot of animation, lyrics and diary notes that float over the images and associative montages. I found it a truly moving experience to hear and see these familiar songs in this way, just like they were new songs to me. I think this is the great strength of the movie theatre experience of music: offering next to the high quality of sound and visuals a (new) context to the music.