Everyday Life and Work in The Laila Pakalnina Trilogy 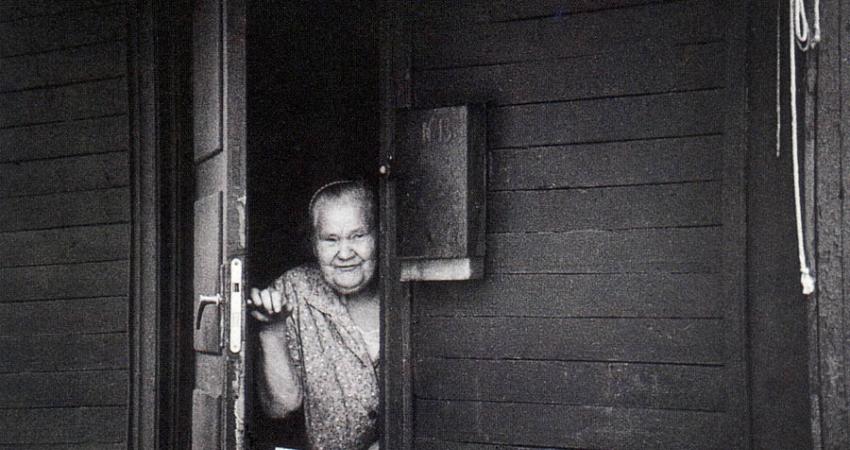 Laila Pakalnina is known internationally – if she’s known at all – for her feature fiction films, starting with The Shoe (1998), which screened at the Un Certain Regard section of the Cannes film festival. Or for Dawn (2015), Latvia’s submission for the Academy Award for Best International Feature Film. However, Pakalnina has always made both fiction and documentary films, and started developing her trademark style with a trilogy of documentary shorts: The Linen (1991), The Ferry (1994) and The Mail (1995). These were not her first documentaries, but the films in which her typical style became evident.

Each of these three films is more distinguished and remarkable in composition than the last. Her palpable tendency to slow down time is felt increasingly with each of these films. The Linen opens with a shot of a side view mirror of a car, focussing on both the forward movement of the vehicle and the backwards reflection, a recurring visual motif in this trilogy. Afterwards, Pakalnina’s camera observes the children in a children’s hospital, but only through windows. Her outside perspective mirrors that of the subject of her film: the delivery of linen to the hospital, a process that starts with a full truck arriving at the hospital and ends with the (mostly) female staff sorting the linen.

Pakalnina’s observing cinematography is in line with the tradition of the Direct Cinema documentary, with its so-called fly-on-the-wall style. This is already more evident in The Ferry, which follows the goings-on around a ferry which carries people across a natural border between Latvia and Belarus (identified by its Russian name Belorussia in the film). A whole year of crossings is documented and shown in just 15 minutes, though The Ferry never comes across as fast or hurried. Only the changing of the seasons, evident in the landscape, show that the summer of 1992 turns into fall, winter, and eventually the spring of 1993.

At that time, both states had only just regained independence from the USSR and the border patrol on each side of the ferry was still new. None of these politics come across in The Ferry, however, in which Pakalnina again focuses on the actual work of ferrying. Details of the labour are shot in close-up once again. A rowboat shows up to also carry people across the water. A competitor for the ferry, or a supplementary boat? Pakalnina doesn’t tell, she just shows. The winter provides the prettiest pictures, the snow and ice overwhelming the landscape. The ferry soldiers on regardless, just like the church bells in the background. Then finally soldiers patrolling the border become more prominent, though they mostly seem bored, humming to while away the long hours. They become part of the routine, the always continuing work of the ferry, rather than a disruptive force or political statement.

The Mail is, as one might expect, about the delivery of mail. But through following a woman doing her daily job of delivering the mail early in the morning, it also becomes a portrait of a city awakening, slowly coming to life. Once again, the film starts with a shot of the side view mirror of a car, now the vehicle of the postwoman. In this 20-minute short, Pakalnina’s observant yet picturesque style feels fully formed. No dialogue or commentary, just the continuing delivery of letters and papers in that early morning. Then the view expands beyond just the postwoman. At first, the streets of the city are empty, but then slowly people start to appear. As the city becomes alive, everyday life starts to begin.

Pakalnika chooses to focus on daily life, without commentary and just letting the images speak for themselves, because she believes that the “film viewer is an intellectually mature interlocutor.” Yet she has also claimed her films are not poetic, or that at least her intention is never to make them poetic. Nevertheless,  there’s something inherently poetic about these three shorts and some of the images they contain. Together, they offer a view onto everyday life in Latvia, shortly after the independence from the Soviet Union in the early 1990s. Without making that in any way political, what remains is people doing work. And whatever else you want to read into images of people walking and at the same time hitting their dogs, you bring to the table yourself.

This Thematic Trilogy article was published in September 2019