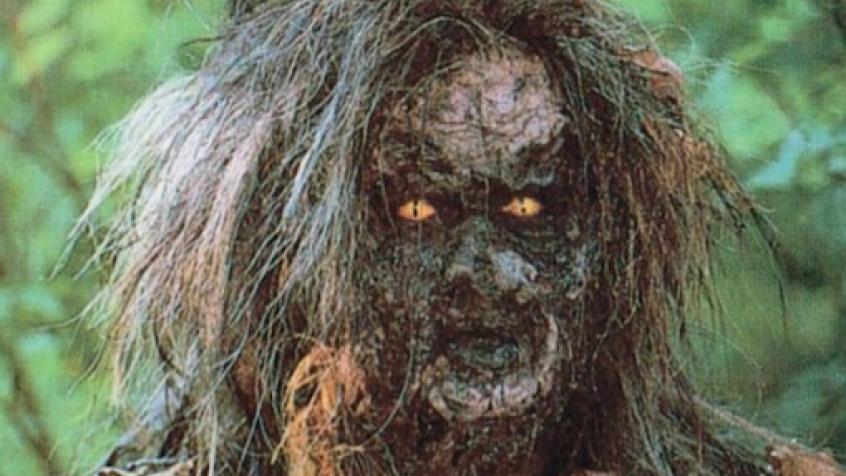 There aren’t enough horror films that take colonialism as subject/villain. 2015’s The Witch (VVitch, if you nasty) should have opened up the floodgates again to travel back to the time of muskets and old wives tales. The WGN show Salem (2014-2017) had much, much fun rendering our history of burning women alive for no particular reason as a pulpy, bloody mess, even if it barely scratched the surface of the religious masculinity crisis that essentially made it possible for us to end up in the dystopian hellscape we call America in 2017. It’s more fun and more productive to go back and see what the earliest Americans made of our problems. There was more land to get lost in, more to fear. Everyone was almost as dumb as most Americans today, so every shadow was a demon, every woman a witch in waiting. It was a heinous time ruled by superstition, but that’s just good cinema. The costumes, the production design, the language, all rich as a vegan carrot cake.

Which makes it amazing that Avery Crounse’s Eyes of Fire (1983) isn’t more well-known. Like Robert Siodmak’s The Devil Strikes At Night (1957), its ideas are too good for one movie to handle. As David Cairns pointed out of the west-German serial killer thriller, any movie utilizing this subject matter would almost have to be a masterpiece, no matter how slipshod the execution. In the case of both films, they hit “almost a masterpiece” with what appears to be no effort at all. The films open their mouths to whisper and out comes a scream. That’s how fertile the grounds are, to say nothing of the talent behind the camera. Eyes of Fire concerns religious outcasts from a new American colony somewhere in around Albany, at least according to the framing conversation with French troops. It’s during the French-Indian wars, and it’s got an elegance akin to Francis Ford Coppola, who was also experimenting with the kind of effects used in Eyes of Fire around this time in One From The Heart (1982), The Outsiders (1983), and Rumble Fish (1983).

A group adhering to someone unknown religious order leave their home after communal favour turns against them. One of their fold apparently possesses some kind of dark magic, which allows them enough power and time to steal what they need and raft upriver to start anew somewhere else. Of course, they wind up on a Native burial site and charge across it to make camp. Spirits (or something bad, anyhow) attacks them, making short work of their white magic and religious fervor. The only one who sees it coming is a trapper, whose wife tries to leave him for the preacher, and who appears to have those aforementioned powers. The overreach and arrogance of the white settlers is so perfectly steadfast. It’s far scarier in its way than the forest evil because it’s precisely their certainty that they won’t be harmed that leads to their wholesale slaughter. It’s sort of an inverse of the English folk horror tales – in those films it’s the conquerers who do the most evil, because no one will stop them. Here they claim the right to die indiscriminately in a haunted valley.

Crounse naturally had nothing like as long a career as he deserved. Like Eagle Pennell or Charles B. Pierce, he had to eke out an artistic existence on the margins of culture, relying on drive-thrus, VHS, and local screenings. There’s some kind of metaphor buried in here about the artists who were actually attuned to American hubris being shunted off to the sides of cinema history. Not even George Romero got to make his movies with the budgets he deserved despite inventing horror cinema as we now know it. Alternately elegant, gorgeous and crudely, agreeably psychedelic, Eyes of Fire is what happens when talent and imagination can’t be stymied by production circumstances. The kind of film from which more folks ought to learn. Its creepy woodland vistas and visions of the uncanny still find purchase in the part of our brain that crafts nightmares. We need to stop imagining the end of the world and start going back to basics, returning to classical filmmaking. Eyes of Fire is unafraid of the obviousness of its effects (video superimpositions and double exposures, neon overlays, harsh foley effects that accompany solarizations). The filmmaking is as bare as its subject matter and the better and more enchanting for it. The baroque style and sumptuous photography are precisely what this chapter of American history need. Europeans came here to do with this land whatever their whims dictated. If only the land had been possessed, it could have stopped the genocide of the first Americans. It’s a comforting fantasy, that the land will look out for itself and her people. America was doomed to house industry, greed, rape, murder, and prejudice. Eyes of Fire imagines a time when there was still land on which to be free, but even then men abused it. We seem incapable of maintaining harmony without turning the darkness of the land into the territory of witches and demons who need to be stamped out.