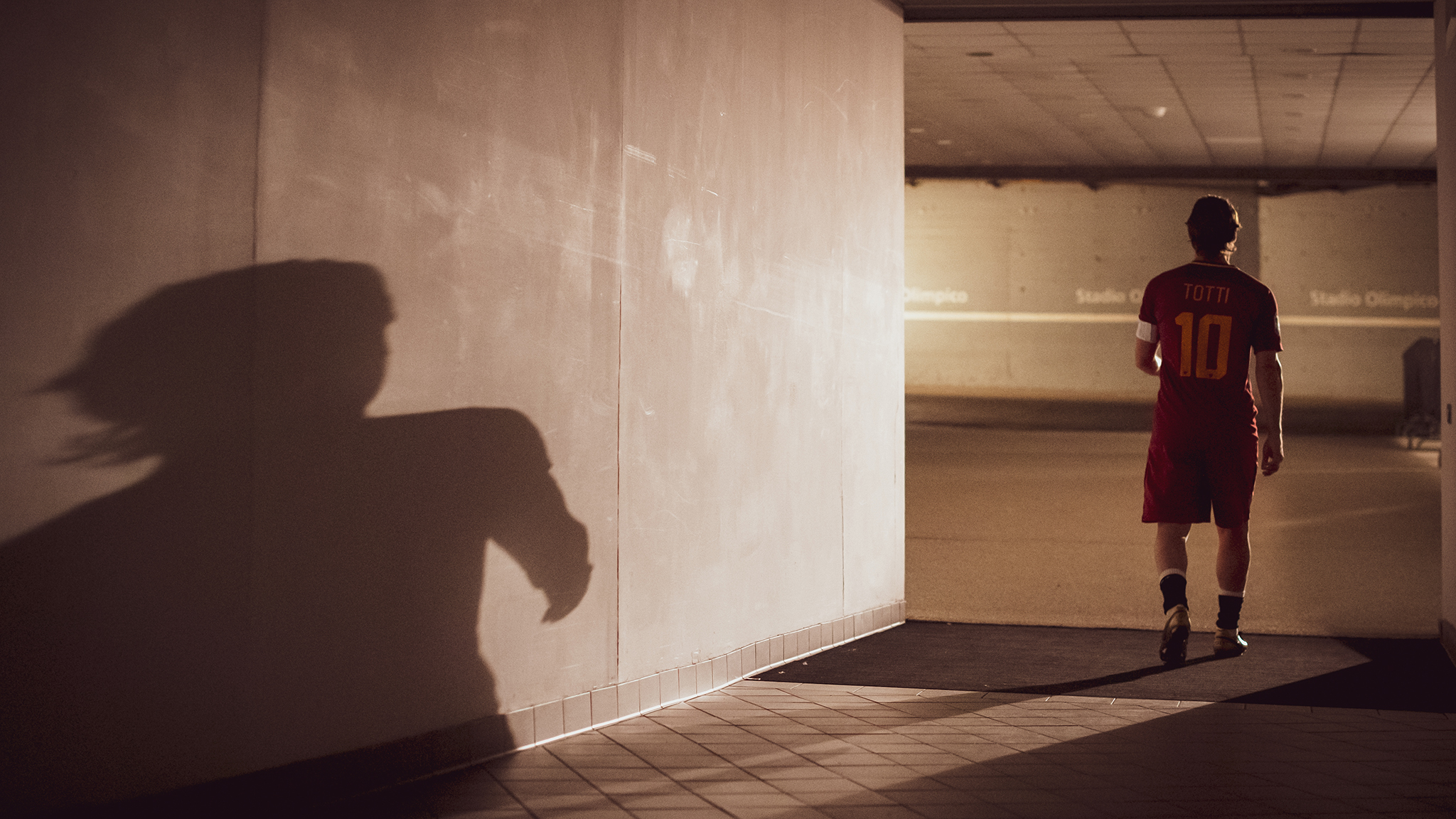 For over 15 years, I’ve been attending the International Film Festival Rotterdam in the bracing cold of late January/early February. Having half of it take place in June while it’s 25 degrees outside just feels wrong. Of course there are benefits. After nearly 6 months of lockdown, cinemas are finally opening up again, just in time for the festival (at least for the final weekend, but the politics of how you need to get tested to get in during the weekdays but not during the weekend are too complicated to get into here).

Coincidentally, the festival takes place now while a large portion of the European (and world) population is gearing up for UEFA Euro 2021. Perhaps that is why the IFFR is showing not one but two football documentaries: The odd but engaging cinematic memoir My Name is Francesco Totti (2020) and the passionate, or even fanatical Lutar, Lutar, Lutar (2021), a documentary on the Brazilian club Atletico Mineiro made by two respected art-house filmmakers who just so happen to both be big fans of the club, Helvécio Marins Jr. and Sérgio Borges.

My Name is Francesco Totti is officially directed by Alex Infascelli, but for the most part the film appears to be made entirely by Totti himself. Hence the title. We only get his perspective, as he narrates the entire film, showing images of his life from him at the beach at 4 years old to the moment he retires from professional football at 41. One of the major advantages of this style is that the film has no talking head interviews (except for archival tv-interviews), a style that so often plagues this kind of documentary. And it truly feels as if Totti is taking the viewer through his life, from his early promise as a youth player to his 25 years as a striker and playmaker at AS Roma and the Italian national team.

This is what sets him apart from most top professional footballers: despite being one of the big stars of the game during part of his career, he never makes the leap to a richer, higher profile club where he could have a lot more success, fame and money. At one point he gets an offer from perhaps the biggest club of all, Real Madrid, for an amount which at that time would’ve made him the most expensive player ever. Although very tempted he ultimately refuses, because, as he says: “I am a Roman.” This kind of club and city loyalty is rare.

This despite the fact that already at 18, as a young, promising new player, he is followed by fans everywhere, and can hardly go anywhere in the city he loves so much. This is also when the contradictions creep in the film. Despite claiming to be shy and humble several times, later in the film he proclaims that he never gets to see the famous monuments of Rome, because he himself has become a Roman monument. Not exactly humble. Neither is his introduction as the captain of Rome. Though this technically refers to him being the captain of the Roma team, these words carry more than one meaning when proclaimed over drone images of the capital of Italy.

This love for (or obsession with) the city and club also show where his focus lies during the film. Despite the fact that in 2006 he won the World Cup with the Italian national team (the highest honour possible in football), he spends much more time reflecting on the Roman city derby between AS Roma and Lazio Roma, how he experienced it as a personal tragedy when Lazio won the Italian championship in 2000, and the eternal elation of when AS Roma and him do the same a year later.

That same passionate, fanatical love for a football club is part of what drives Lutar, Lutar, Lutar. Which means strive, strive, strive, and is the title of one of several club anthems heard often throughout the film. Directors Helvécio Marins Jr. and Sérgio Borges are themselves fans of perennial underdog Atletico Mineiro, perhaps too much to make a film about the club. Their documentary does have plenty of talking heads explaining the story of the club, plus a disembodied voice-over detailing chapters of its history. All that gets muddied and confused however, by constantly jumping back and forth in time between high and low points of the club’s history.

At times, the film plays like a history lesson, but at other times it plays like something for insiders, a celebration of its fans for its fans. Lutar, Lutar, Lutar is most memorable when it focuses squarely on the fans. From footage of them in and outside of the stadium, to the testimonial of a woman who claims that the clubs games come before birthdays, weddings, funerals and even births: I’ll drop my daughter off at the hospital and tell her good luck, I’ll see the baby after I get back from the game.” Along the way, fans and journalists pay lip service to how they love the club for being a club of resistance and a club against racism, but this rarely goes deeper into such claims. The sociological and political aspects of that story deserve more than just a mention. Now it all gets jumbled in the confusing structure of the film. Ultimately, the storytelling style lessens the possible emotional impact the story arc of the club could’ve had, going from near-win to near-win for a century, sometimes under dubious circumstances, until finally glory arrives in 2013. The passion is palpable, but the picture remains opaque.