Frameland At IDFA Part I: Mysteries 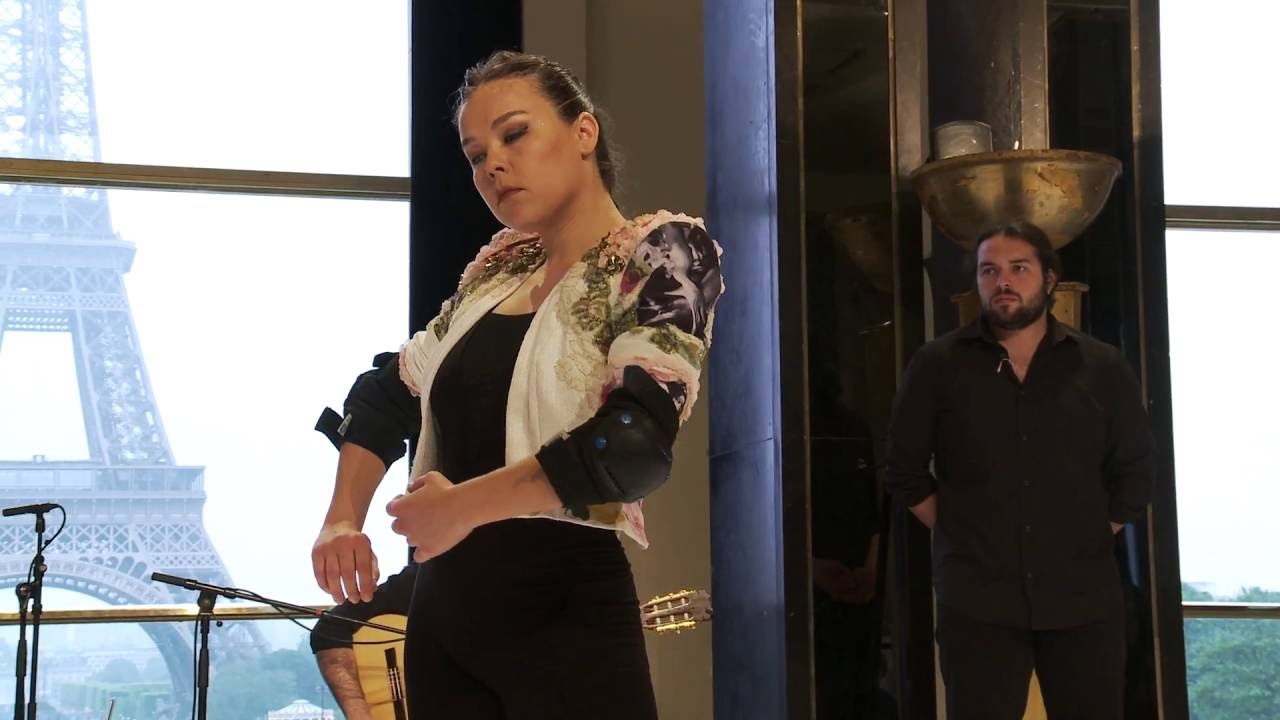 Impulso (2017) directed by Emilio Belmonte.
Warning: Spoilers may follow for Impulso, Bunch of Kunst, and Habaneros.

The enigma of artistic creation is an interesting subject for documentary filmmakers even though it is a difficult phenomenon to capture. At the International Documentary Film Festival Amsterdam (IDFA) two films provided very different views on the act of performing. In Emilio Belmonte’s Impulso (2017), we follow the charismatic flamenco dancer Rocío Molina as she is preparing for a big show in Paris. Molina is a renowned dancer and choreographer who enjoys pushing the boundaries of the flamenco into new uncharted territories. She is a fascinating figure and the camera is evidently captivated by her presence. Molina’s small posture at first seems unimposing as we see her walking through Paris in a leather jacket and jeans. But this immediately changes when we see her dance. Constantly changing from vulnerable to sturdy in her complex improvisations.

In a revealing interview with Molina’s mother, she talks about how the young Rocío was the odd one out when she went to the dance academy. Her short and somewhat muscular build was in contrast with girls who were more delicate and feminine in their posture. But Molina’s femininity seems to be more complex as it is constantly changing. From forcefully tomboyish to wild and fiery like the more traditional flamenco dancer La Chana who was also the subject of an illuminating documentary.

Molina’s mother also gives a revealing confession about Molina’s artistic drive. She says that she is afraid to see her on stage. It’s as if she becomes a monster when she is dancing. But she knows that her daughter can’t let go. Creating is an on-going process. An insatiable hunger that keeps Molina going and is captivatingly chronicled in this inspiring movie.

A completely different form of performing is probed in the amusing Bunch of Kunst (2017). Director Christine Franz’ intimate portrait of the old agro punk lads, the Sleaford Mods. Well in their forties, they surprised the musical press with their bleak and confronting lyrics accompanied by simple, but raw beats. Jason Williamson’s words describe a broken-down Great Britain where people have to make due with low-wage jobs and zero prospects for a better future. Andrew Fearn provides the minimal beats and electronic sounds that give a machine like rhythm to Williamson’s lyrics. Their albums already seem to have predicted the angry zeitgeist of Brexit. Williamson’s fuming rage is unmistakably felt when he raps his dispatches about the down and out in England and the growing radicalisation that is brewing under the surface.

Franz follows the pair of musicians on a tour through Great Britain. Their dedicated fans comparing their onstage presence to the Sex Pistols. These Nottingham chaps have an unglamorous and distrustful approach to the whole rock and roll thing which gives them downtrodden credibility. But most down to earth is manager Steve Underwood. A former bus driver who quit his day job to dedicate himself to the record label that releases the band’s albums. He is the driving force behind the band. Planning the tour and driving Williamson and Fearn around.

As the film progresses, Franz chronicles the unlikely success they encounter. A well-known trajectory although one always has to be lucky to be there at the right time and the right place. In this particular case, a performance at Glastonbury turns out to be a triumph. The start of a hype and the band being courted by the ultrahip Rough Trade records. From then on some cracks begin to appear on the raw surface the band has so carefully cultivated. Jason is the person who seems to enjoy being in the limelight. His wife cheekily confesses that when he’s home after a tour he suffers from cunt flu: His ego decompressing and adapting to the routine of daily life.

From the bleak austerity of the British Isles, we go to the sunny island of Cuba and its alluring capital, Havana. In Julien Temple’s Habaneros we get a large slice of contemporary history leading up to now. Temple is an eclectic director known for his visual exuberance if you take his fiction films like Absolute Beginners (1986) and Earth Girls are Easy (1988). But he’s also a curious kind of documentary filmmaker who was an important chronicler of the British punk scene with films like The Great Rock ‘n’ Roll Swindle (1988). More recently Temple has made documentaries that dwell on the history of cities and particular places.

Habaneros is a long and somewhat stuffed portrait of the Cuban capital. Temple likes to bombard the viewer with a montage of archive footage, animation and film scenes accompanied by a blaring soundtrack. For the first part of the film, this hectic mix takes us from the Spanish-American war to the corrupt habits of the Batista regime. In that period Havana was a dazzling city of sin. Attracting big Mafioso and their money but also pleasure seekers and gamblers. It was the seedy breeding ground for Castro’s revolution that dominates the second half of the film.

By far the most interesting part is the current situation that Temple captures in interviews with young and old Habaneros. At times disillusioned with communism but also the harsh trade blockade that is imposed by the Americans. The lethargic state seems to be counterbalanced with a strong sense of pride and resourcefulness. Habaneros seems to end on a high note that quickly turns sour. As Obama lifts the blockade, Cubans seem jubilant but after the election of Trump, the mood turns for the uncertain. Cuba, it seems, is still caught in the limbo between the old promises of communism and encroaching capitalism.