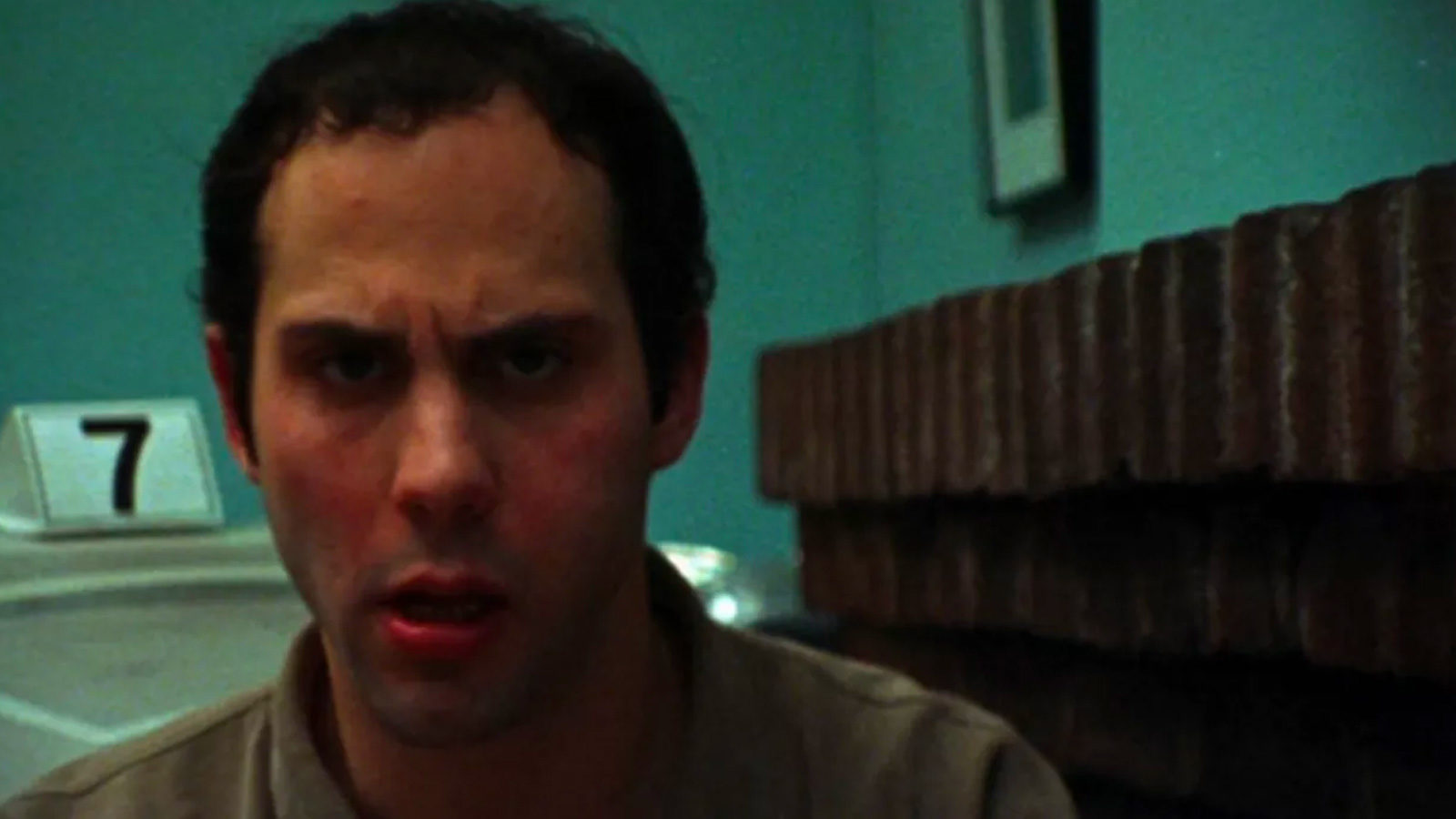 Before he co-wrote and edited the films of the Safdie Brothers, Ronald Bronstein made his cinematic debut with this harrowing tale. The stranglehold of Frownland (2007) maintains its suffocating grip throughout, making for an ingenious character study contrary to cynical roller coasters like Uncut Gems (2020). This film aptly forces its way into the uncomfortable world of its socially inarticulate protagonist Keith.

In one of the more arduous scenes, residents politely but firmly reject Keith’s attempts at selling a racket disguised as charity work. Many others wouldn’t have given him the time of the day either due to his incredibly insecure and awkward appearance as off-kilter as the same-titled Captain Beefheart song. His meals get eaten off the opened microwave door. Frownland follows the breakdown of someone many would slam the door shut to if he’d show up at their houses, from his failed attempts at placating the sad Laura (played by Bronstein’s wife, credited here as Mary Wall) to getting his self-absorbed roommate to pay the joint bills.

Within each scene, the social dynamics inevitably play out to his own detriment when he needs something from the other. Keith would be willing to use manipulative means as evidenced by an early attempt at deceit when he keeps his eyes opened to make them wet from tears, shot excruciatingly close by cinematographer Sean Price Williams (Good Time, 2017). His actual intentions seem steeped in circumvent logic that only he understands, frequently stammering or going off on incoherent tangents. All his interactions become indeterminate, especially whenever Keith enters the room of his roommate and can’t beat the loud music for attention. Uncertainty typifies these interactions not because they are goalless, but because of Keiths inability to formulate his goal properly to everyone’s bewilderment.

A slightly misplaced intermezzo follows the roommate taking an exam in order to get a day job which enlarges the contrast between Keith’s indetermination and regular people. Keith’s uneasiness seeps through everything he touches. As Keith, Dore Mann makes each interaction drag on way past its sell-by date. His eyes flicker, his body flutters, his mouth wide agape. His head frequently dominates the pallid screen. What comes out rarely has to do with what each scene is supposed to be about, which increases the levels of agony.

This all quickly turns into tragedy and even veers into the horrific. With his inability to have coherent and thus fulfilling social interactions, Keith digs his own grave. A shroud of mystery hangs over all his decisions, such as him escalating a bill dispute to socially unacceptable heights. The only person he seems to trust doesn’t repay that trust with a repulsion to buzzing Keith up.

In the world of Frownland there’s only room for those that are socially adequate. Everyone who doesn’t toe the unwritten party lines because they can’t read them falls to the wayside. Here it results in a confronting final night where even Keith’s barely working social heuristics stop functioning. What remains is blabbering around in an impersonal cityscape where others are as manipulative, as he himself was prepared to be, if only he had the skills.

This Recommendation article was published in March 2021