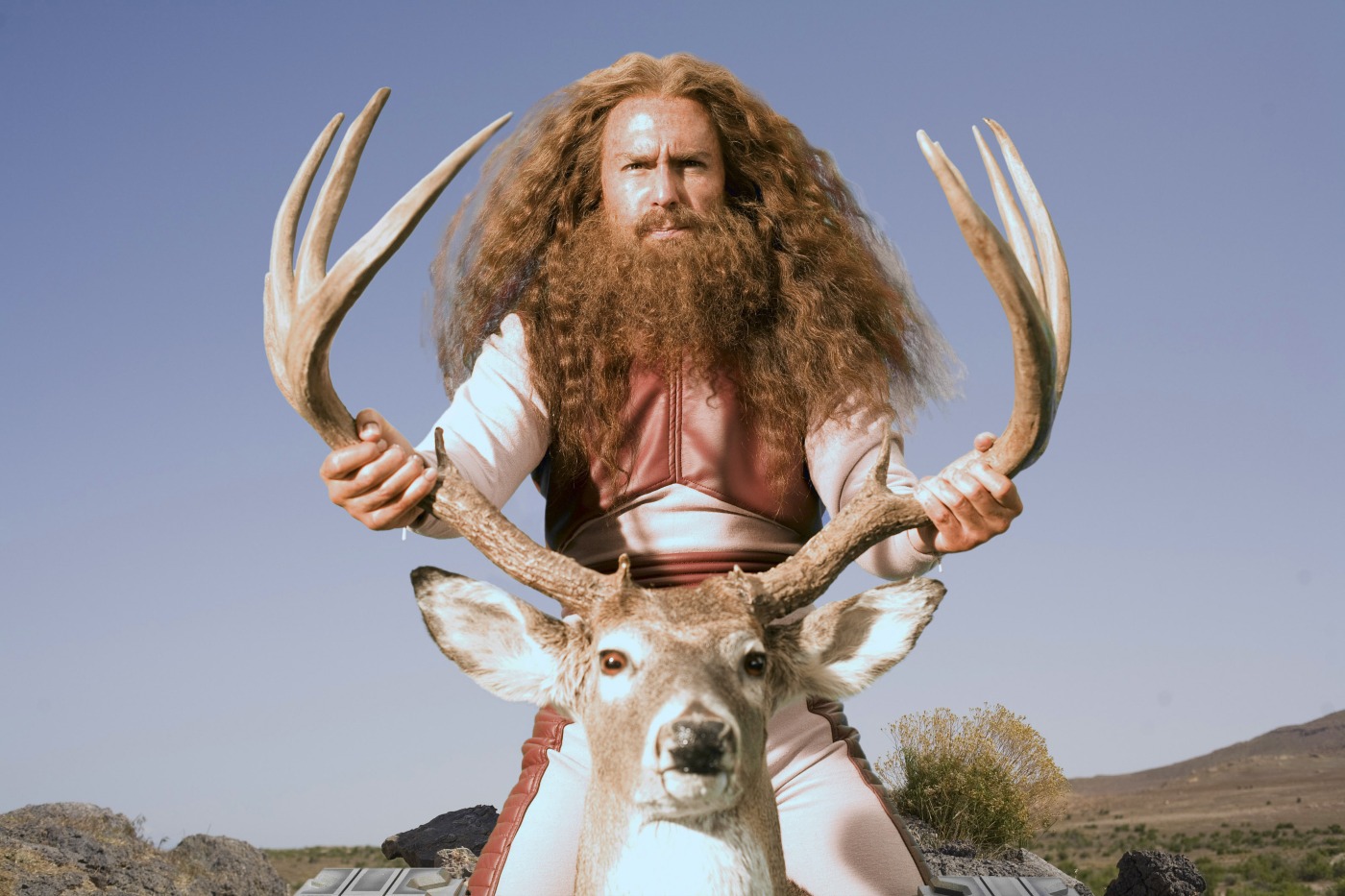 Gentlemen Broncos (2009) endears by fusing clumsiness with the mystical. The serenity of the gags possesses an ineffable quality, transcending the apparent banalities. It’s the finest work so far of under-appreciated director Jared Hess, as usual co-written with his wife Jerusha Hess (Austenland (2013)). Where his debut Napoleon Dynamite was mired by abrasiveness and sentimentality, Gentlemen Broncos captivates throughout.

Benjamin Purvis is not necessarily the sympathetic loner this time, who spends his free time writing science-fiction stories. At a writer’s camp he meets the imposing Tabatha and eccentric director Lonnie, who expresses interest in filming his story “Yeast Lords”. At the same time, the pretentious Dr. Ronald Chevalier, Benjamin’s idol, plagiarises the story for a commercially successful novel.

This is the set-up for Benjamin’s journey to find understanding in a world where each goes their own way. Lonnie, a hilarious caricature played by Héctor Jiménez, makes radical alterations to the story to Benjamin’s dismay. And his hapless mother, dealing in bizarre clothing, tries to buddy him up with the dense mentor, Dusty.

His mentor’s snake makes for a raunchy gag exemplary of the film. Its humour derives not from the obscenity itself, but the deadpan absurdity of Dusty’s failure to impress. In the same manner, the larger than life characters become curiosities. Natural interactions express the minutiae of daily life bordering on the awkward. Hess mines the comedic out of the mundane. The solemn imagery lays bare the grotesqueness bottled up inside.

The estranging impassivity of the characters is not played up just for laughter. Gentlemen Broncos is not condescending or mean, but finds a tragedy underneath. Sadness and hilarity go hand in hand. The tableaux of the set-pieces are alien thanks to being so matter of fact, helped by the steadfast pacing. It’s stylistically reminiscent of director Wes Anderson, and breathes a similar atmosphere of all-encompassing melancholy.

The grotesqueness of the characters reveals their destitution. As if everyone means well and bad things come from ignorance. The loneliness permeating throughout hints at the ineffability of life itself. The dignified pacing with which Hess closes in on the characters exudes tranquility. This serene display of helplessness borders on the spiritual. And makes Gentlemen Broncos a mystical experience.

This Recommendation article was published in October 2019