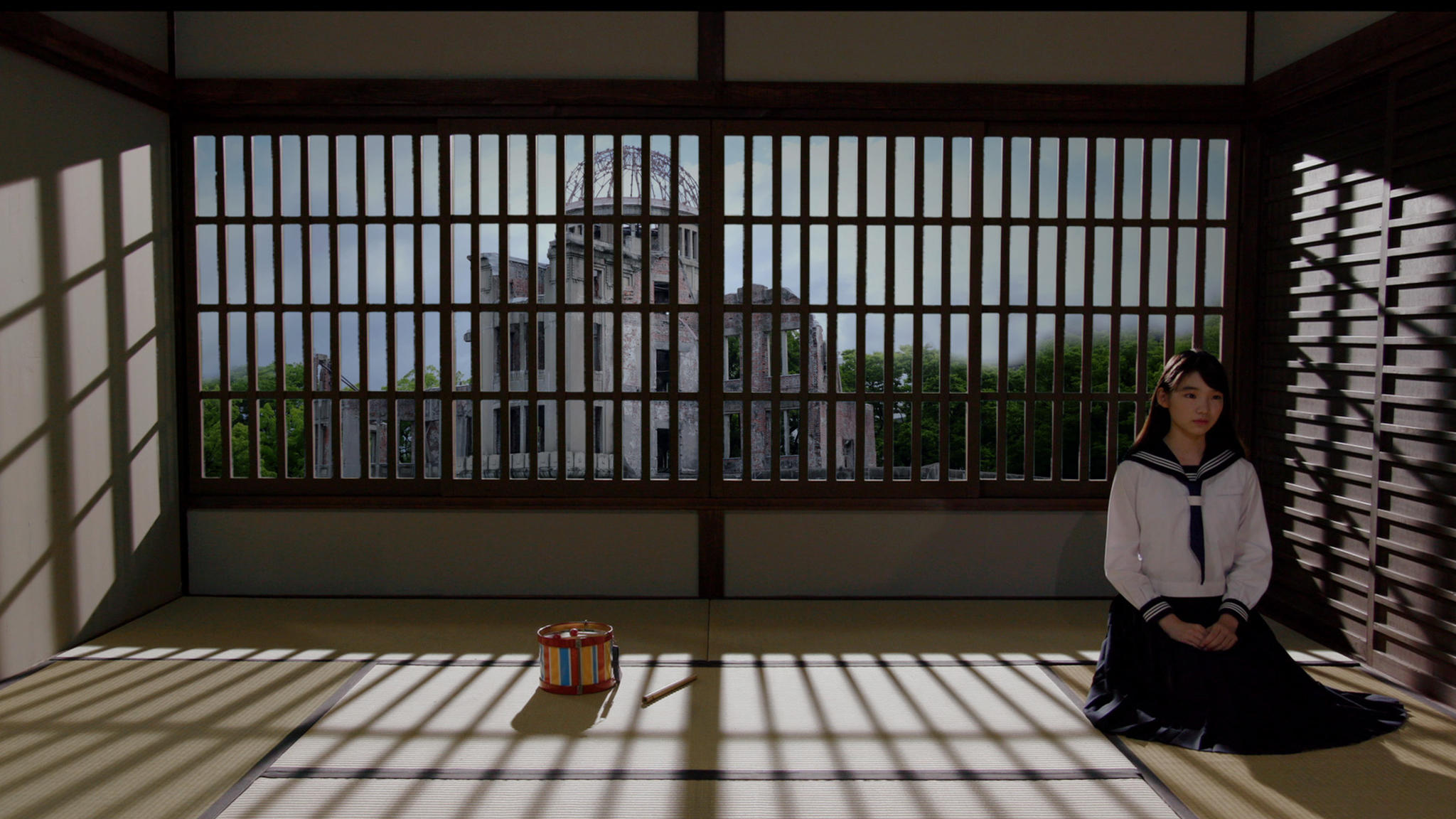 Nobuhiko Obayashi’s final film, released just months before his death this past April, is, like his previous Hanagatamai, a maximalist expression of the great director’s pacifism and exuberant cinephilia. After a chaotic prologue setting up a night of music and movies on the last night of a theatre in Onomichi, Obayashi’s hometown and the setting for many of his films, three young men in the audience, a movie geek named “Mario Baba”, a note-taking, glasses-wearing historian of cinema named Hosuke, and a monk’s son turned wanna-be yakuza named Shigeru, are set adrift via the cinema on a trip through Japanese history from the civil war of 1868 that led to the end of the Shogunate and the birth of modern Japan, to the atom bombing of Hiroshima in 1945. Obayashi, naturally, intersperses his historical storytelling with poems from the 1930s modernist Chuya Nakahara, commentary from a guy in sunglasses and shorts who flies a spaceship filled with floating fish, and asides about directors like Sadao Yamanaka and Yasujiro Ozu.

The episodic narrative traces the near century of Japanese militarism that culminated in the disaster of World War II, putting the three audience stand-ins in the middle of the action (literally) while interrogating the role of movies in perpetuating the ideology of war. It’s basically like Histoire(s) du cinema, but made by a director who actually likes movies, and with a dash of Bill & Ted’s Excellent Adventure. The stories, about a half dozen of them, run the gamut from bloody samurai actioners and bloodier samurai tragedies, to brutal stories of the WW2 Japanese army, to tales of love and the exploitation of women through prostitution, to the story of a theatrical troupe that almost made it out of Hiroshima before the bomb hit. They’re told in fits and starts, often beginning at the end and then doubling back on themselves, flashes forward and back and side to side from one story to another drawing connections more emotional than logical. The effect is overwhelming, as awe-inspiringly dizzying as it is nakedly sentimental and unfashionably pure of heart.

This Recommendation article was published in July 2020