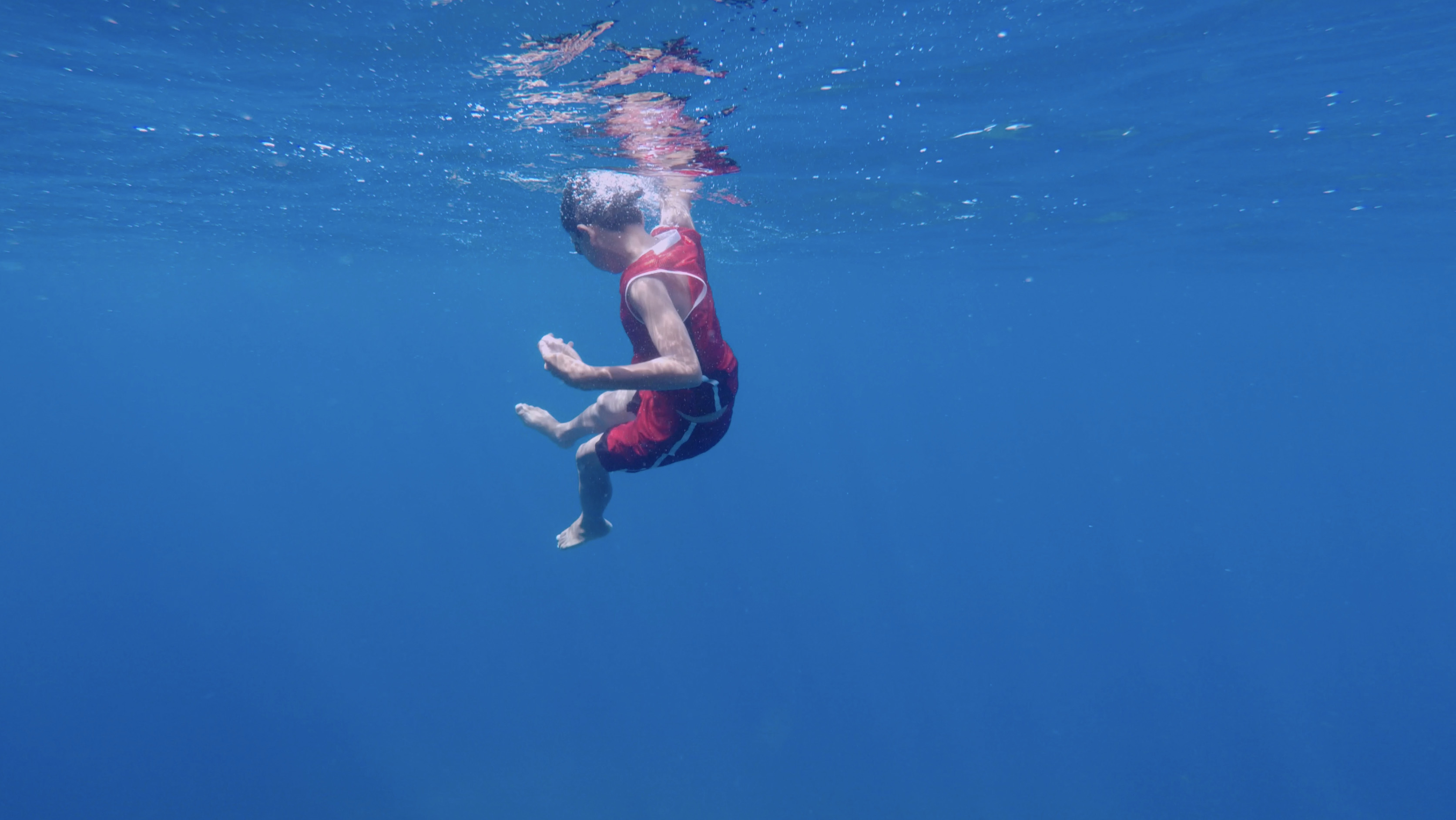 Can you recollect the last summer of your childhood? What images, tastes, sounds do you remember? Who did you spend it with? For Reyboy, the main character in Last Days at Sea, the answers to these questions might be recorded not only in his memory but also on camera. However, Venice Atienza’s first feature-length film is one of these documentaries in which the filmmaker turns into one of the characters in the film instead of focusing on trying to tell everything about the protagonist. Reyboy’s approaching outward journey parallels Atienza’s inward exploration of her own process of growing up. “I learned to want only the things which I knew were possible to achieve” is only one of her realisations. What more has been lost? Is there any way to retrieve it?

Venice Atienza first arrived in Karihatag, a small fishing village on the coast of Philippines’ Mindanao island, to shoot a project for the non-governmental organisation about grassroots reactions to environmental challenges. Her approach gradually transformed from slightly utilitarian think tank-like research into a very personal story. When the twelve-year-old protagonist will soon be leaving the village to attend school in the city nearby, it becomes clear that the fishermen’s way of life will not be continued by their children. However, the main factor behind the shift of focus seems to be a special connection the filmmaker established with Reyboy. The way she recounts it was like meeting a person who is instantly familiar, as if reconnecting with a close friend from previous life. This otherworldly line of understanding opened a different way of storytelling. Before the start of the shooting Reyboy asked the filmmaker to accompany him in front of the camera, because he does not feel comfortable being observed. It forced Atienza to let go of the camera and abandon her identity as a voyeur looking into the village community from the outside. The camera in Last Days at Sea is not an aggressor, it does not exploit the images of the local community and its people but facilitates dialogue on equal footing. By incorporating herself into the film, Atienza establishes a deeper level of connection not only with Reyboy but also with the audience. Last Days at Sea is a journey full of curiosity but devoid of fear or the urge to dominate.

When the filmmaker swims and dives in the sea with Reyboy, I think of the last time I played in the water. In the scene she recalls the taste of biko, a dessert her grandma was preparing for her when she was little, I remember the sweetness and crispiness of andrut – a simple chocolate wafer I ate every time I visited my own grandmother. When Atienza admits the last time she fell asleep during the afternoon she was still a kid, I feel I know exactly what she means. Last Days at Sea becomes a recount of what has been lost in the process of growing up, but this realization can be the beginning of the slow retrieval, through cinema among other things.

This Berlinale Recommendation article was published in March 2021