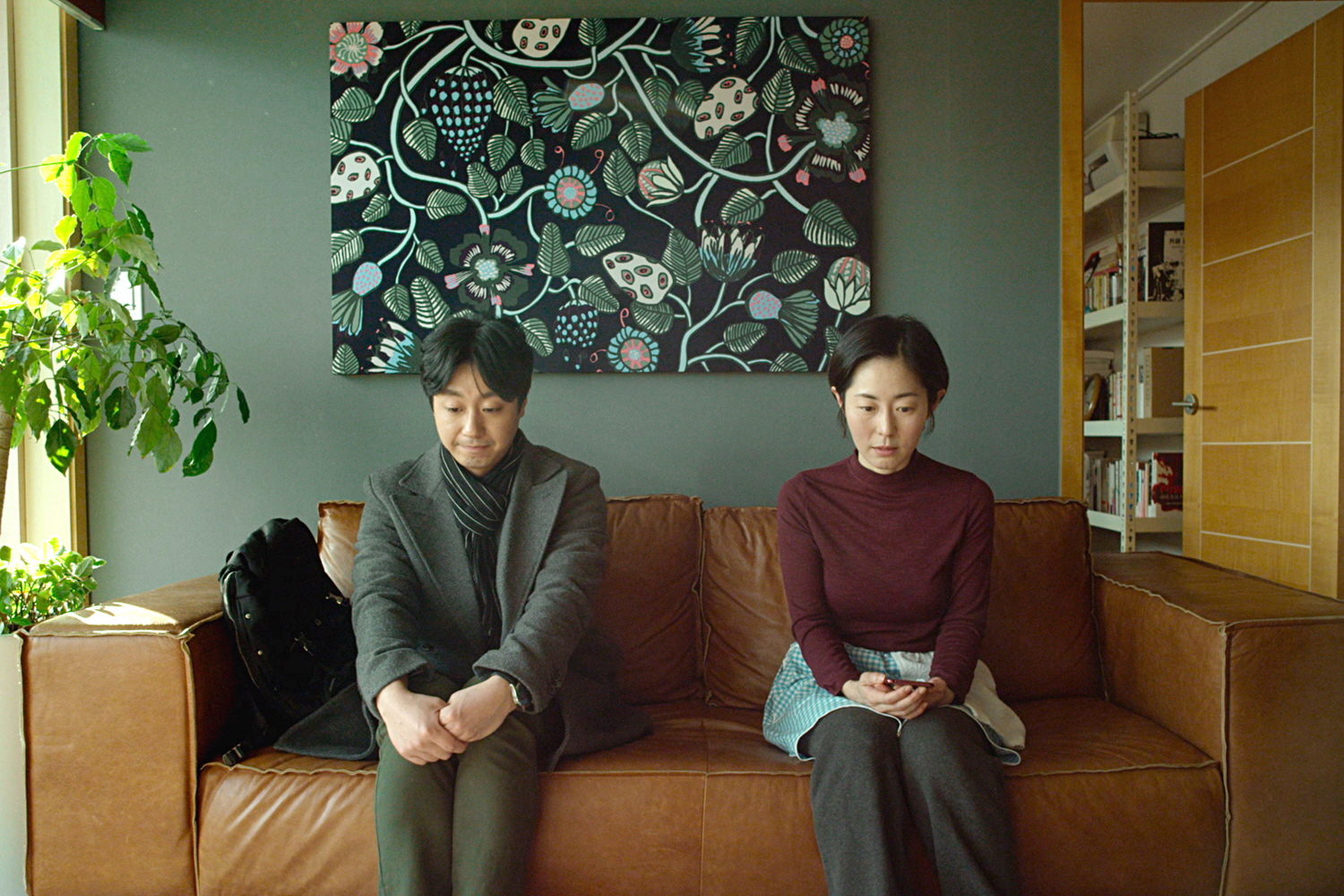 Although way too many Korean comedies these days get compared to the works of Hong Sang-soo, Lucky Chan-sil (2019) really is a sad comedy in the mould of Hong’s work. No wonder, since writer-director Kim Cho-hee produced eight of Hong Sang-soo’s films, between 2010 and 2015, before trying her hand at writing and directing herself. Her protagonist, Lee Chan-sil, is a film producer who finds herself at a loss when the director, whose films she produced, dies.

A director who’s only shown in flashback, which just happens to be a typical Hong shot, featuring a film crew sitting around a table full of soju and beer bottles. Everybody’s drunk, people comment on the director’s numerous affairs, and then he seems to drop dead from drinking. Gentle ribbing of Hong, his reputation for copious consumption of alcohol and his marriage-ending affair with actress Kim Min-hee, or is Hong now dead to Kim Cho-hee? The last film she worked on with Hong just happens to be first starring Kim Min-hee.

Regardless, Lucky Chan-sil is about her, not about Hong. When she tries to revive her career as a producer, people tell her that her success was really his, and without him, nobody is interested in working with her. This sends her life in a bit of a tailspin, as she’s devoted ten years of her life just to working on films. Now she’s in her mid-30s and finds herself alone, without much in the way of friends or a career. Was she wrong to pursue her career in film so single-mindedly, to avoid more traditional life paths including marriage and children?

She ends up working as a maid for an actress she helped become a star, to make ends meet. There she meets a short film director who is in a similar place, now working as a French language teacher to actors to pay the bills. Naturally, the two end up going out for drinks, leading to perhaps the most hilarious scene in the film: the date seems to be going well, until she mentions her love for Ozu, and he says Ozu bores him. Even worse to her, he likes Nolan! The humour is in the way Chan-sil expresses her incredulity over this opinion, and then responds with “So you’re one of those people.”

Lucky Chan-sil is not, however, merely a collection of self-reflexive jokes about the Korean film industry. The sadness and existential dread at the heart of the hilarity are as real as the jokes and references are funny. The combination makes for a beautiful result, indebted to Hong’s particular brand of cinema but clearly also in Kim’s own voice. It’ll be interesting to see where she goes from here, now that she seems to have, at least partially, exorcised the demons that led to the making of Lucky Chan-sil. As exciting as the current worldwide appreciation (finally!) for Korean thrillers is, it’s this part of Korean cinema, these small-time dramatic comedies and/or comedic dramas made by Hong and his disciples like Kim, Jeong Ga-young and Lee Kwang-kuk, that excites me the most right now.

This Recommendation article was published in October 2020