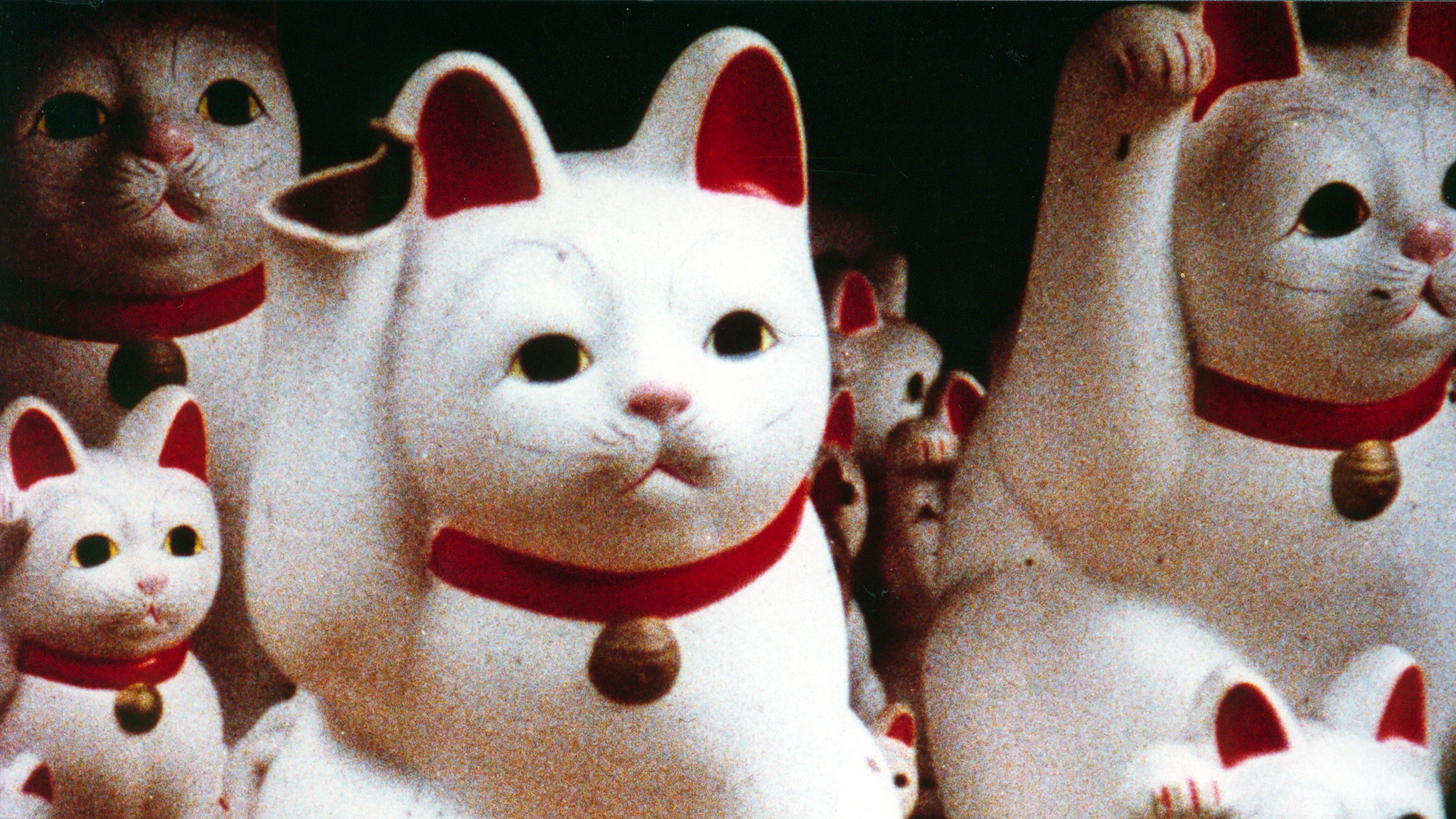 Chris Marker’s Sans Soleil (1982) was heralded by critics and admirers as a return to personal filmmaking after a decade of collectively produced films. Ostensibly a documentary about Japanese culture, Sans Soleil blasts apart the realist documentary tradition, continuing the radical aesthetic ideology of the cinema of Dziga Vertov in exploring the ontology of truth in documentary images and narrative films from the past.

Sans Soleil features sequences from Tokyo, Île de France, Cape Verde, Guinea Bissau and outer space in a way that resembles Vertov’s combination of images taken from opposite ends of the Soviet Union that compressed space-time in their montage. Vertov did it in the service of creating agitprop films that were meant to buttress the Leninist political program. Marker uses this technique to explore connections between various practices, rituals, objects, nations, and cultures.

Marker’s dialectical film style combines various modes of documentary address, using the poetic, expository, participatory, reflexive and the observational mode, referencing the varied history of documentary filmmaking practices. Sans Soleil has poetic aspects with its use of discontinuous editing and abstract space-time juxtapositions. Marker’s film juxtaposes objects, animals, cultural artefacts, and humans as if they were all equally important, and explores associations between these phenomena. Sans Soleil uses the expository mode by addressing the viewer directly and recounting history for us. We learn about Japanese culture, the Guinea Bissau, the Île de France, the Cape Verde islands, the movie Vertigo and about the personality of Sandor Krasna — a fictional character mediating between the spectators and Marker as director. He observes unknowing bystanders in Japan taking part in daily rituals, dead animals in Guinea Bissau, sleeping commuters on a train, cemetery patrons, etc. His montage connects disparate spaces and periods to create a poetics about death: the shooting of a giraffe intercut with the past and present political struggles against the Portuguese in Guinea Bissau.

Sans Soleil is observational: Marker candidly captures activities, practices and people as if he were a tourist documenting his travels. It also gives the impression that Marker was not merely observing but participating with the people he was filming, especially his ‘friend’ Hayao Yameneko (another fictional character that stands in for Marker) who programs video games which Marker uses to reference the Zone from Tarkovsky’s Stalker (1979). The participatory mode favours the first-person narrative which certainly complies with Marker’s experimental brand of documentary — notwithstanding the complicated set of mediations he has put in place to distance his personality from the constructed media image of himself.

But more than anything, Sans Soleil is a reflexive work. Marker questions the construction of reality through the cinematographic apparatus much in the same way that Vertov questioned this process in Man with a Movie Camera (1929). The manipulations of the image by Krasna’s computer programmer friend replicate the shots of the editing of Man with a Movie Camera, or the shots of Vertov filming the cameraman. Both movies are reflexive works, as they force spectators to readjust their expectations and assumptions with respect to the documentary mode. Marker, like Vertov, positions the spectator to question the construction of images, history, and the relationship between works of art and the real concrete struggles of history.