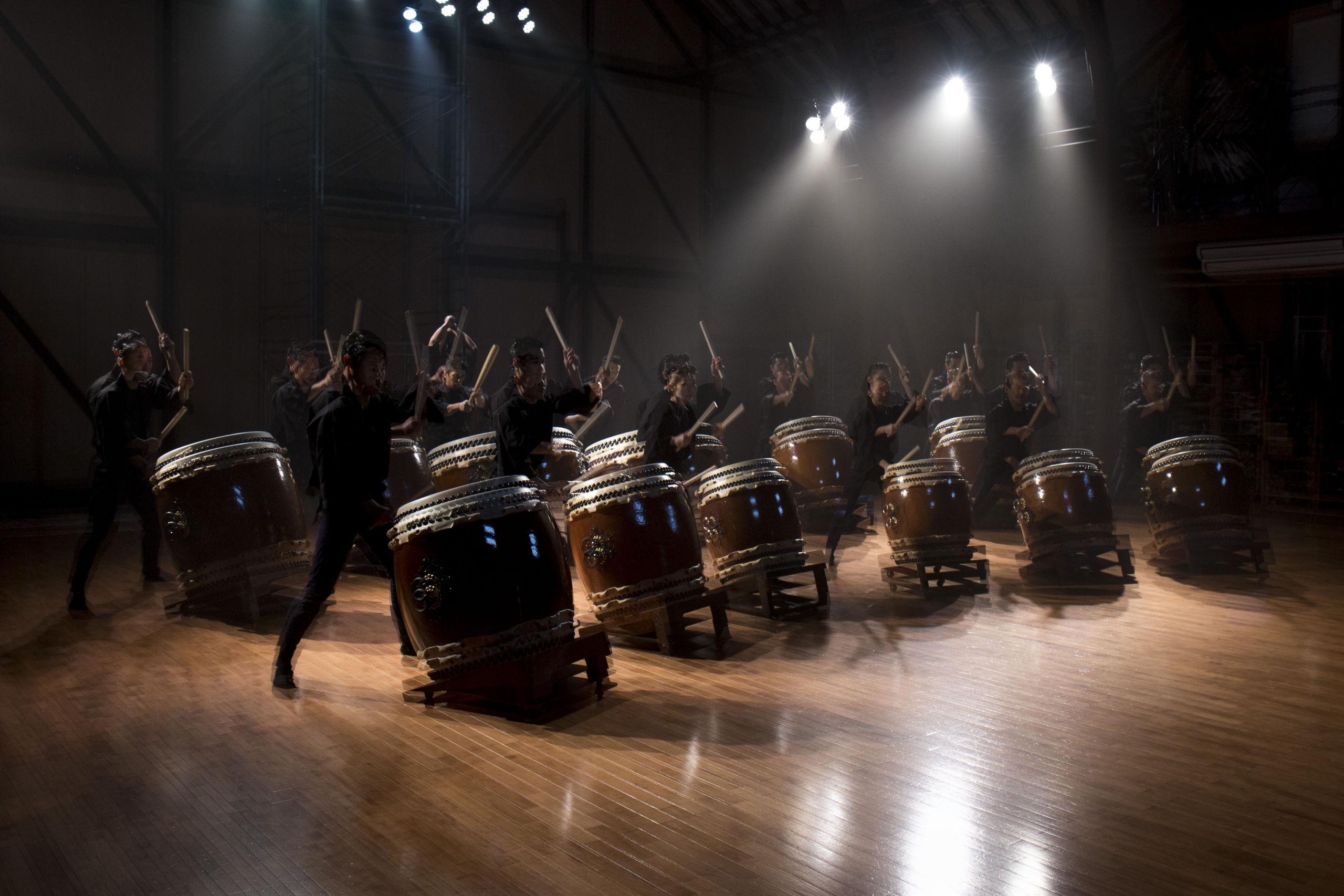 Toyoda Toshiaki’s Shiver (2021) was one of the absolute highlights of the Camera Japan film festival, which just took place in Rotterdam and Amsterdam. Where the film was accompanied by the fine short Go Seppuku Yourselves by the same director. I was not familiar with Toyoda’s earlier work, something which I aim to rectify soon (conveniently, a new blu-ray boxset releases soon), but knowledge of his oeuvre is not necessary to enjoy Shiver.

Scene after scene, Shiver showcases the stunning drumming of the Taiko Performing Arts Ensemble, working with musician Koshiro Hino. Toyoda films them in various locations on their native Sado Island, while they perform a number of compositions created especially for the film. Some feature a whole host of big taiko drums, others only small traditional percussive instruments, while some also include vocal performances. Some of these performances are staged in rooms where the musicians might normally practice their craft, while others are staged in temples and in nature.

The fluid cinematography observes these scenes in those traditional, sometimes unusual but often visually remarkable locations, by gliding around and over them during the performances. At one point, the camera even slowly slides upside down and goes back the other way around. This adds an extra layer to the hypnotising effect of the music, which draws you in from the start and never really lets go until after the credits roll. At times all the drumming has an energising effect, making you want to dance in the theatre, while other scenes serenely calm you down again and put you in a meditative state of mind. A rousing, riveting, rhythmic experience.

This Camera Japan Recommendation article was published in October 2021