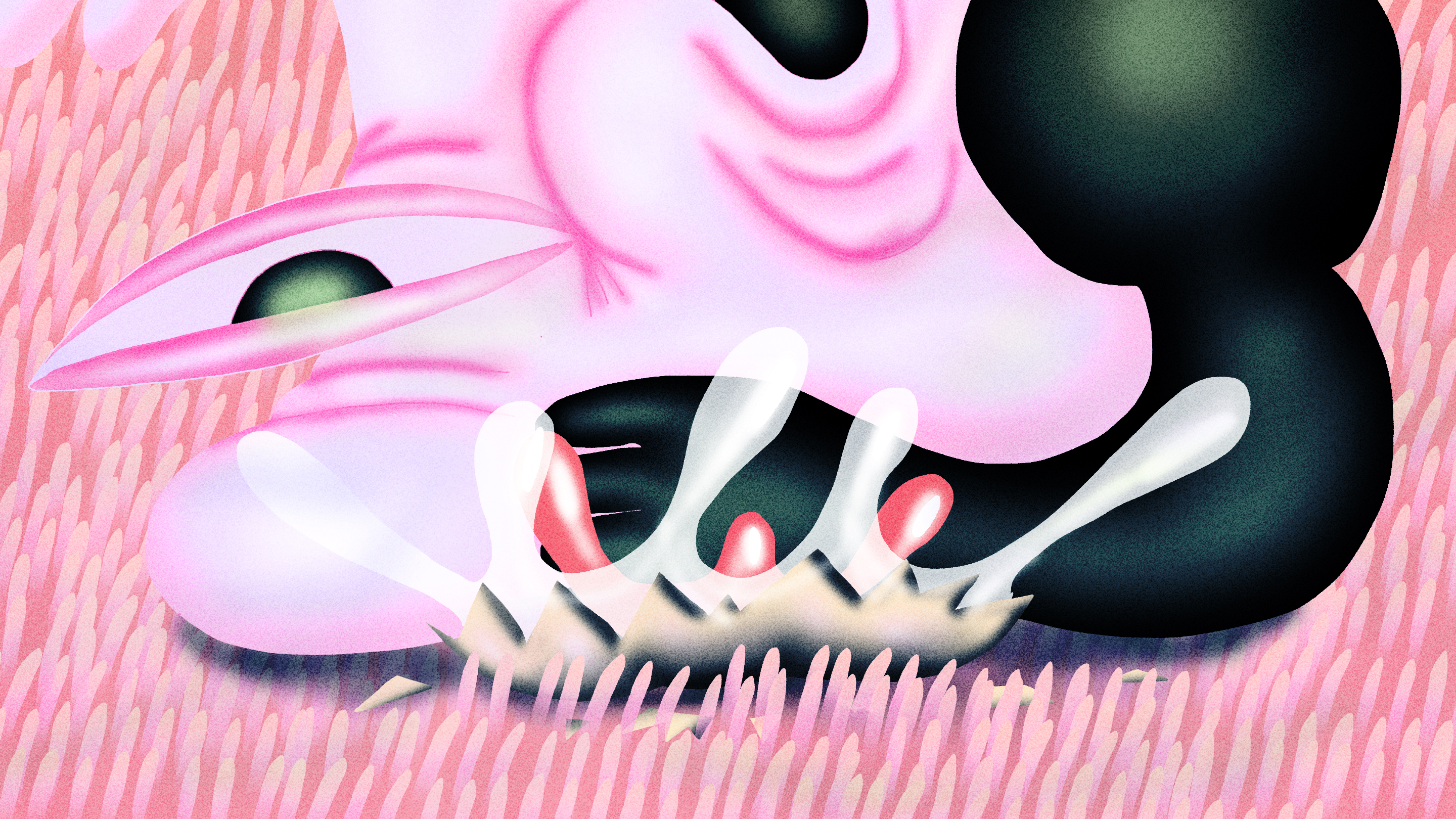 One of the best and fun short films of 2020 was Slug Life, made by the British Sophie Koko Gate. The film was screened on many festivals, including the online version of Go Short 2020. You may have seen her animation work before, as she made bumpers for Rick and Morty. Her animations are best described as colourful, funny, chaotic, very weird and a little gross. The animator from London won several awards for her unique short films.

Slug Life is about a woman, Tanya, who wants to have sex, but doesn’t have anyone to have it with. So instead, she creates her own with a machine, which turns out to be a big slug. She talks about her progress with her two rollerskating friends.

Sophie Koko Gate’s films, Slug Life included, are explorations, a reflection on society (maybe not a society in this world, but still), but overall an explosion of her own unique mind. Sophie’s idea for this film stems from when she moved to Berlin and watched a lot of videos about slugs having sex, she stated to Short of the Week:

“I spent my evenings watching slug sex on YouTube. The warm world of slug life kept me company from the sudden uprooting of my life and extreme sexual frustration that followed.”

Slug Life is a film and style that is not suited for everyone. Under the same article of Short of the Week, someone comments: ‘This is by far the most disgusting and perverted thing I’ve seen,’ said by someone who probably hasn’t seen very much, since Slug Life is the funniest, weirdest and coolest thing I’ve ever seen.

Yasmin Wegman was one of the members of the selection committee of the European Selection of Go Short International Film Festival Nijmegen 2020.

This Recommendation article was published in September 2020