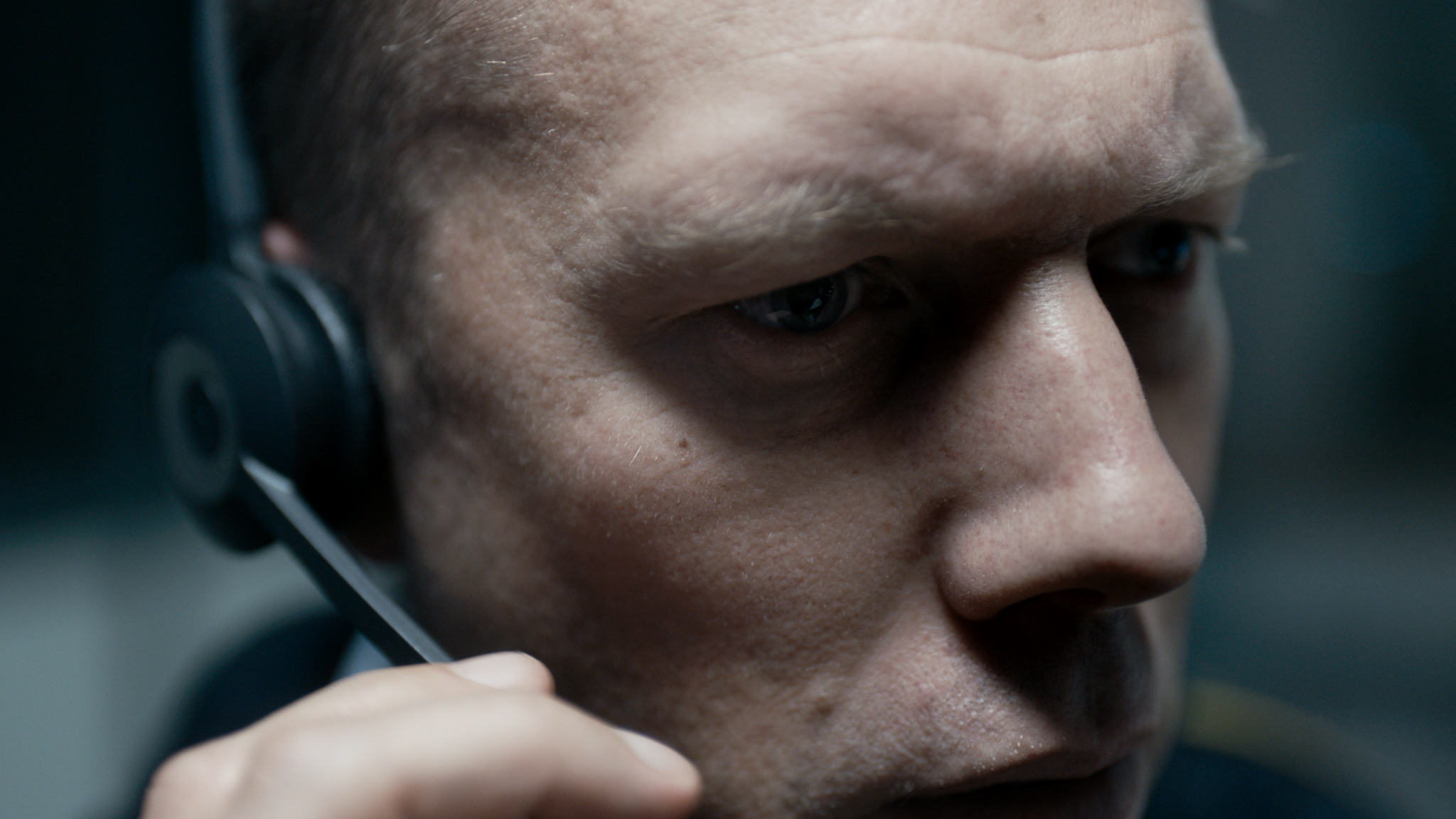 If you look up the definition of ‘film’, you’ll certainly find something like “a series of moving images” or “a series of still images that create the illusion of movement”. In other words, when we think of film, we think about what can be seen on a screen. The focus is on the visual. However, should the focus of a film always be on the visual in order to be considered as interesting or exciting? Not necessarily, was what I concluded after seeing The Guilty (2018).

The Guilty is a thriller, made by the Danish filmmaker Gustav Möller, taking place over the course of one night at a police station. The shift of police officer Asger Holm (Jakob Cedergren) is almost over when he gets an emergency call off a young woman called Iben. She is panicking and tells Holm she is kidnapped.

The images in the film aren’t as exciting as the sound. The film is shot in one and the same police station, in real time. Most of that time, we see Holm’s face in close up. The officer doesn’t like his work at the police station, so it seems, but he is determined to solve the case of Iben on his own. The background story unfolds piece by piece, call after call. The story of the film is driven by the characters’ voices: the focus is on the sound instead of the visual. It is nerve-racking until the very last minute and so it is impossible to lose your attention.

Moreover, this case is not the only exciting part of the script. Holm clearly carries a personal problem with him, which is kept secret until revealed at the end. The impact and implications of this revelation are profound. The silence afterwards raises several moral questions. Is Holm as helpful and sympathetic as he seems? Was Holm operating in the right way? Was he authorised to deal with this case anyway?

The Guilty: one room, one face, several calls and a thrilling script. It’s a film you can watch with your eyes closed. That might give you an even more thrilling experience.

This Recommendation article was published in August 2018