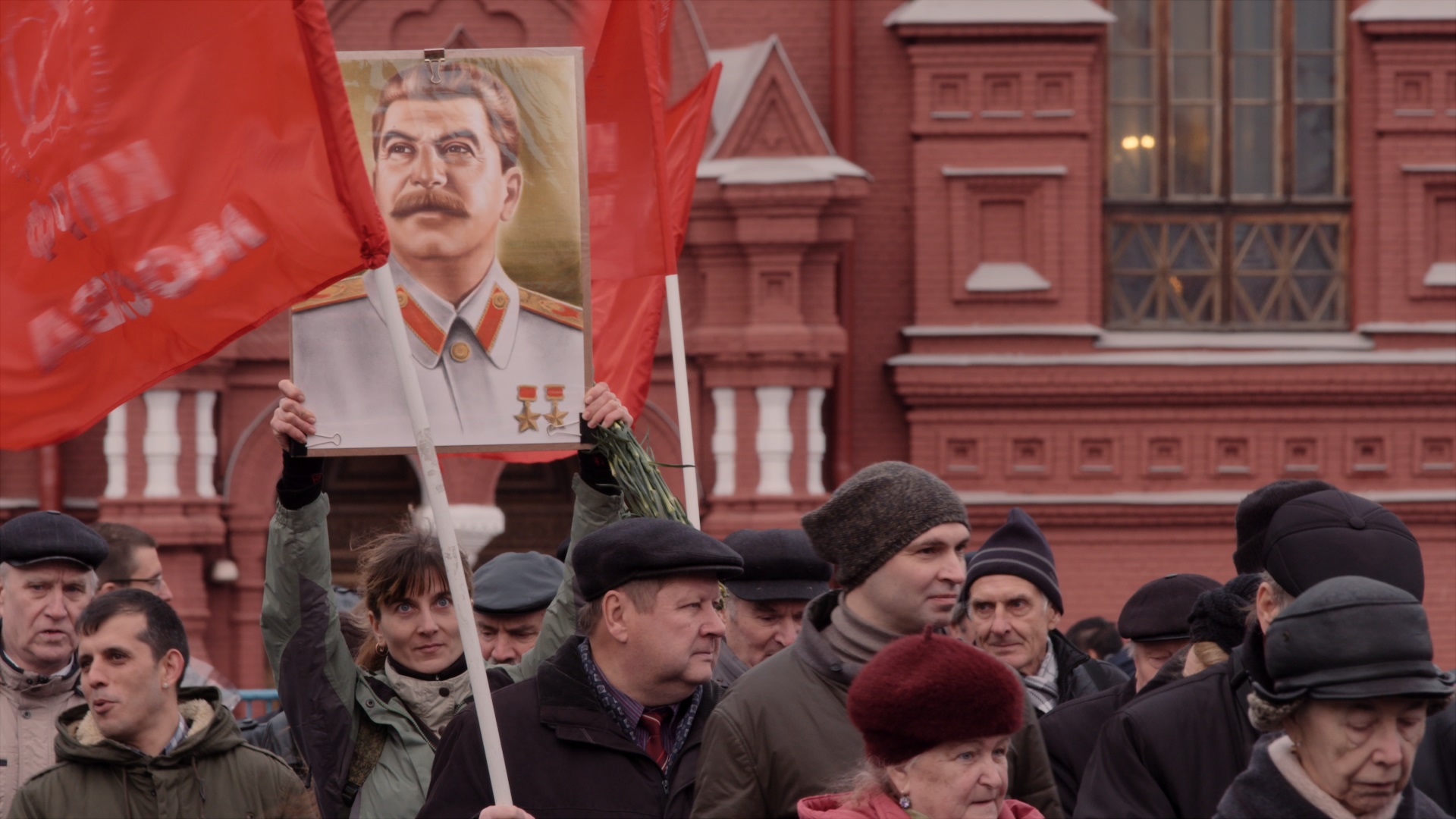 Joseph Stalin is generally known as one of history’s greatest monsters these days, certainly of modern times. Stalin, through his repressive regime that lasted nearly three decades, is considered responsible for the deaths of between 3 and 60 million people. A wide margin, depending on what exactly he’s held accountable for. But one person’s worst demon of all time can be another person’s hero. Stalin, like Hitler and Mussolini, still has his fans in the country he once ruled, despite the terror he once inflicted upon his own citizenry.

In her documentary The Red Soul, Jessica Gorter examines how Stalin is viewed in modern-day Russia, juxtaposing negative and positive opinions on the man. In the age of perestroika and glasnost in the late eighties, only 8 percent of the population thought well of the man. However, in 2017, a poll by a television news programme shows that now a whopping 52 percent of Russia feels that Stalin was in fact a great man.

Many Russians consider the present a bad time for Russia. Especially since the chaotic 1990s — after the fall of the Soviet Union. A nostalgia for the communist days of the Soviet Union is on the rise, and with it a reverence for Stalin, the most powerful leader of the Soviet Union. Gorter juxtaposes scenes of marches on the birthday of Stalin with remembrance of his victims by their descendants. And then juxtaposes a historian and a museum manager on far sides of the Stalin opinion divide. The historian pulls out book after book to point to the evidence of Stalin’s mass crimes against humanity, specifically against his own Russian people. While the museum manager denies Stalin was responsible for the mass graves his museum commemorates.

The climate of terror and repression often ascribed by historians to the time of Stalin’s regime is hardly even touched on in The Red Soul. It’s hard enough to even get people to admit the greater crimes of mass murder, execution, and the terrible Gulag camps. While historians and those who still remember what happened to family members still consider Stalin responsible, many Russians explain away the facts and numbers by claiming only bad people and criminals were punished. Throughout the film, a picture emerges of a people who’ve decided to take the easier path of dealing with the past through rose-tinted glasses rather than reckoning with its horrors.

In the closing section, Gorter zeroes in on the young people of Russia, by filming a class in session in a primary school in a town that was once surrounding a Gulag, and a discussion amongst young students, the future historians of today. The confusion and hesitance to view Russia’s past too negatively points to a worrying future in which the cold, hard facts of Stalin’s terror lose even more ground to false feelings of nostalgia. Nevertheless, Jessica Gorter never points a finger of blame or judgement towards the Russian people, but simply shows their fascinating, worrisome struggle with their own recent history.

This Essay Recommendation article was published in May 2018