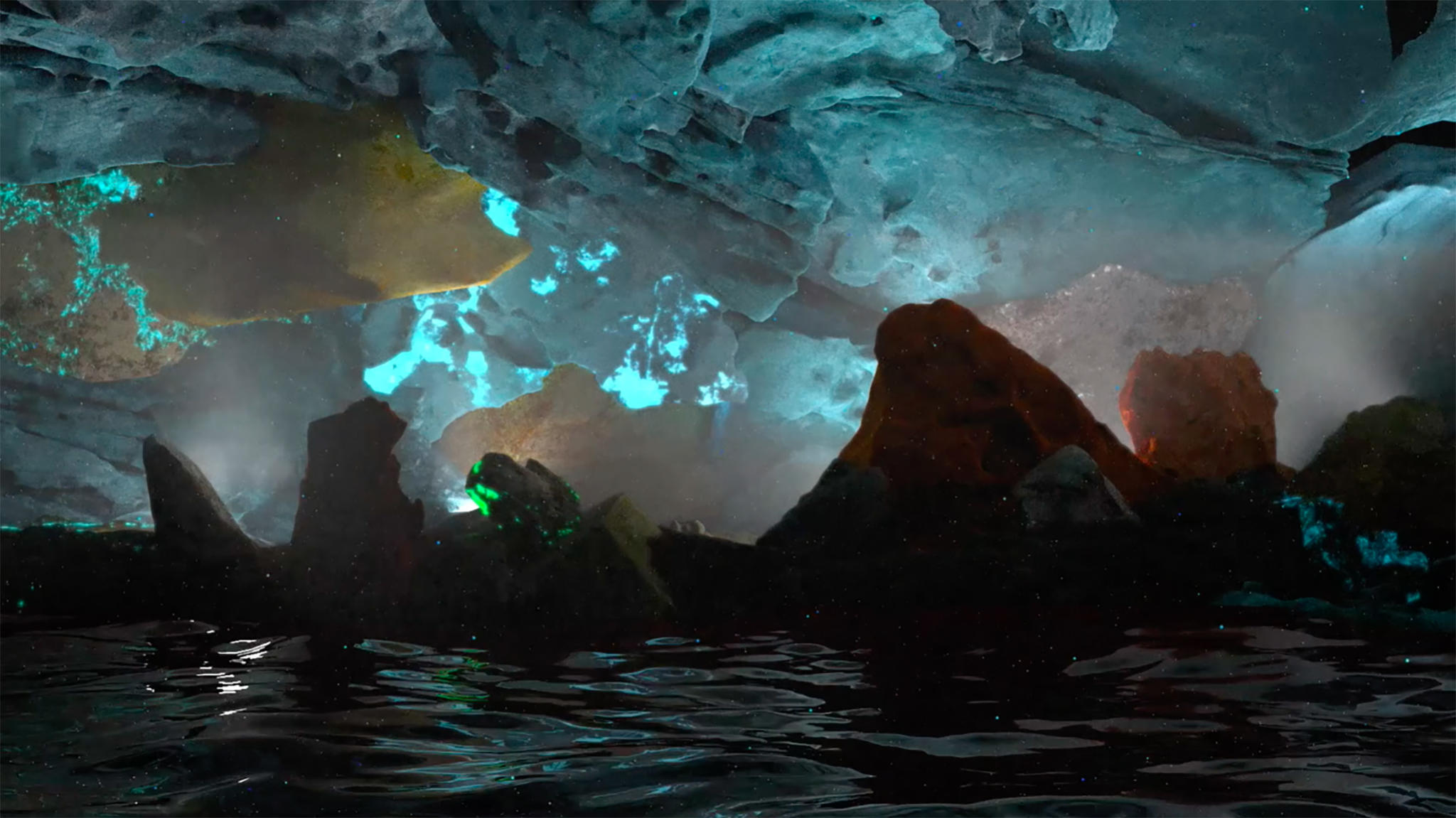 We love shorts at Frameland, a form of cinema that too often still goes neglected. Especially in 2020, when cinemas closed all around the world at times, and film in general went neglected by many. All the more reason to shine a light on our favourite shorts of the year.

The work of Haaniyah Angus, she released four films in 2020, all stupendous. There’s been a reliance on images and words seen on our phones this year that has always been on the verge of a populace-wide unhealthy obsession. Angus used that dependence as the kind of canvas of her work, looking for some measure of comfort in being able to confess neuroses to the great yawning internet. I’ll also say Ben Rivers, maybe the best experimental white guy filmmaker under 50. Ghost Strata and especially Look Then Below are beautiful dreams of shape, colour, and sound. The actress Callie Hernandez releases two short films (We Had a Good Time, parts 1 and 2) on Instagram that were lovely. I’ve always loved Hernandez on screen, so it was of course quite edifying to see what a way she had with melancholy texture, words and rhythm.

Billy Woodberry’s A Story from Africa (2019) is a short film consisting solely of text, music and still archival material that begins with a group portrait which Woodberry spends four minutes poring over. Zooming in and tracking along, he carefully unfolds the image, instead of just presenting it in its entirety. An act of counteracting the image’s previous purpose, because like all the other photographs featured it dates to 1907 to the lens of one Velloso de Castro. He created a photo record of a Portuguese military campaign in what is now Southern Angola and what was then the lands of the Cuamato people. The Portuguese’s aim was, on the one hand, colonial gains and on the other, a punitive pacification. Since three years prior, the Cuamato had met and routed a Portuguese force. It was not just renewed numbers that guaranteed the Portuguese a quasi-victory, but the guidance of turncoat Cuamato nobleman, Calipalula, who serves as a tragic figure in Woodberry’s story.

This opening image, like a perverted yearbook photo in its composition and its status as a remembrance of victory, shows the Portuguese soldiers and their mercenaries stand tall in the back and centre. While their ‘spoils’, Cuamato prisoners, crouch shackled and forlorn at the front. Woodberry refutes just showing this photo in its totality, ergo its original colonialist intent. Instead, he starts with close-ups on the faces of the captured men, restoring their humanity, before showing the context under which it was stripped away.

When you make a film in Paris’ Panthéon, it is most unlikely that your film production will fail. However, adding something extra is quite a challenge. With The Great Ghosts, Directors Pierre-Hubert Martin and Louise Narboni succeeded in creating some poetic adjustments. In five different thematic choreographies, all set at another location in the Pathéon, dancers try out the very unique forces of the planet Earth. They fight against gravity, try to find their balance and walk along with the turning of the Earth, or in the opposite direction. Because of the position of the dancers and choreographies, it looks like they are integrated into the space of the Panthéon as if they are pieces of art. The dancers are accompanied by opera music, a meditative voice-over or silence. The result takes your breath away. I saw this film during the online edition of the Dutch Cinedans festival – on my laptop. It would be wonderful if I get the chance to see The Great Ghosts on a big screen someday (in 2021?).

Laida Lertxundi has spent 14 years corralling sound and image, pop music and an emphasis on sensation over didacticism, to evoke feelings of love, youth and leisure. Usually within the particular tenor of her adopted home of Los Angeles. Her latest, Autoficción (2020), does not forsake that general preoccupation but offers a change in formula. This film is considerably viva voce, to a degree hitherto unseen in her work.

Bordered by squib-like vignettes—including women prone, dragged and crawling; occluded, merged with the cityscape and emphatically freeze-framed—a series of young women, presumably all Lertxundi’s friends, discuss their lives. Starting outdoors, with a subject presented solo, save for a babe in arms. She speaks in Spanish and relatively concrete terms about the experience of immigration, learning to drive, having a child and the possibility of another. Then there is a cycle of three women, speaking in English in a makeshift therapy scenario. With uncertainty, they mull over their health and respective outlooks.

Interspersed, in and out of all this talk, we see a parade for the anniversary of the Civil Rights Movement, making its way through Compton.

Lertxundi here is deftly weaving and compiling different forms of address and identification. Solo and verbal but also directed towards the camera, each other and silent. The human experience from a single perspective, where the search for meaning is within, but also community identity, struggle and celebration. The latter being one of Lertxundi’s most operative words, whether it is stated or not.