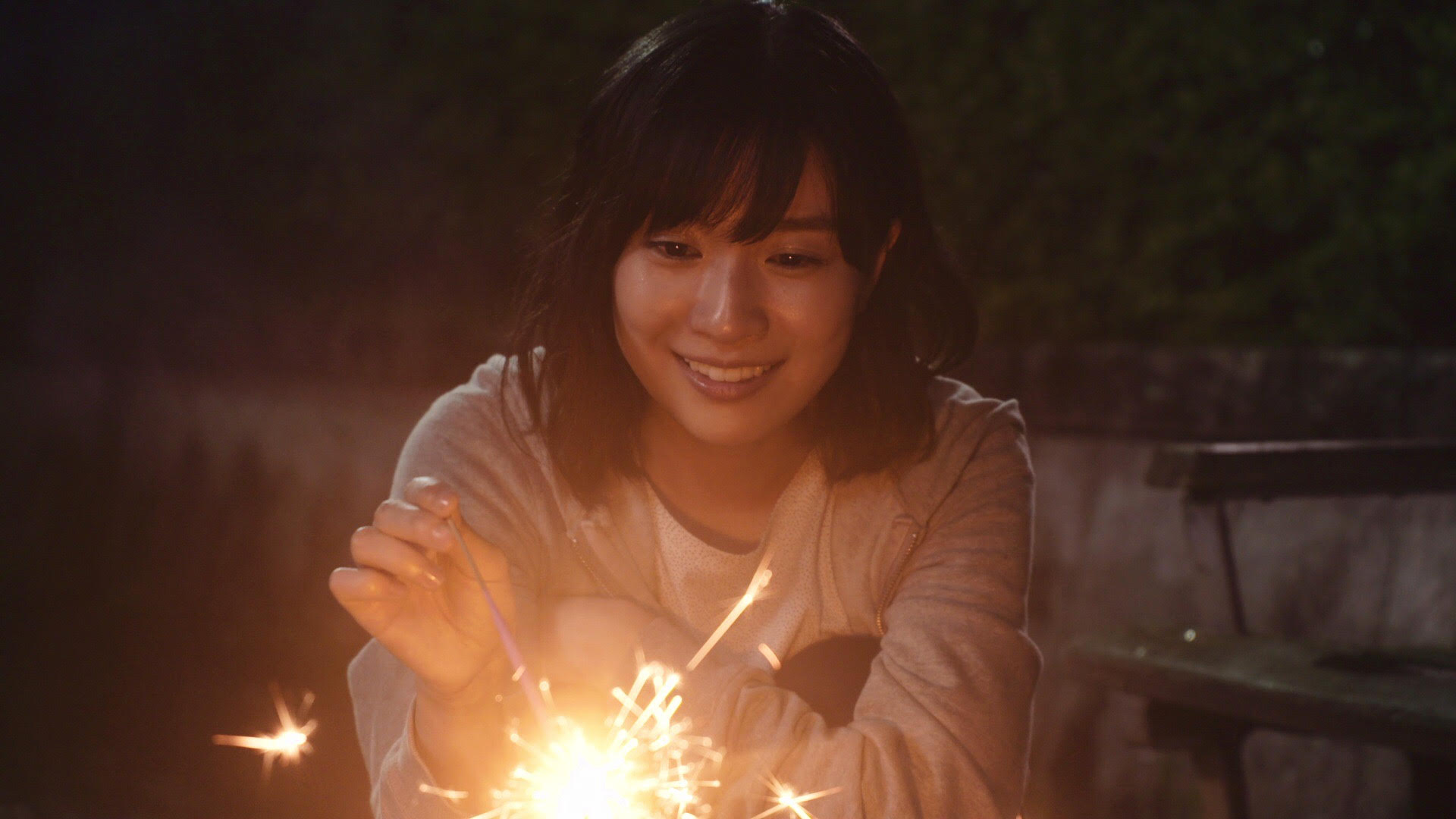 Despite cinema suffering more blows in 2021, in part due through cinemas being closed in places across the world yet again for extended periods, in part due to the chokehold of certain companies increasing, and for more reasons, we’re still able to celebrate many fine films that were released somehow someway somewhere in 2021. Amongst the many that we loved, here are a few films that stood out to us, but might’ve gotten lost in the existential shuffle that continues in 2021.

My favourite underseen movie of the year is also the longest movie I watched this year: Fukada Koji’s The Real Thing. Because of its intimidating length, 232 minutes, I almost skipped it. Luckily I didn’t, because it blew me away. At first sight, the story isn’t special. People have relationships that don’t work out, they don’t know what to do with themselves and it makes them behave terribly towards other people. One could even argue that everything is way too convenient and melodramatic. However, Fukada expertly starts to play with the viewer’s expectations of this genre. Everything keeps going in circles and because of the exhaustive length it slowly becomes more than just a melodrama. It turns into a reflection on the genre and shows a certain hollowness to people’s behaviour. It lays bare the wish of people (and the viewer) to watch others struggle; might it be when they watch a movie or when they gossip. The longer one watches these characters’ lives, the harder it becomes to escape from them. The script is carefully written, sentences one character utters at the start of the movie later find their way into the dialogue of another character. Fukada tells a story that’s the ultimate visualisation of the fact that we aren’t unique and that we struggle with the same things. In the end, we’re all messing up and the only thing we can do to change that is by accepting who we are and what role we play.

Kira Kovalenko’s Unclenching the Fists hit me like a tire iron. It looked like a standard issue steadicam nightmare poverty drama, with a family imploding around only daughter Ada (Milana Aguzarova), whose brother is too attached to her, whose father is too attached to her. And then the black sheep of the family comes home and she’s zapped out of her near mute stupor. This guy understands her and when he left it was like he took her tongue with him and now he can unlock her. Their relationship is heartbreaking and perhaps never more so than when she pulls her pants down to reveal that she still wears a diaper because she can’t control her bladder after she was wounded in a terrorist attack years and years ago. She’s still a baby with him, the one thing her family doesn’t want her to be.

The integrity of Alone Against the State results in a confronting narration of those often left alone with their misfortune. One room. Five victims of the infamous Dutch childcare benefits scandal in chairs. They look into the camera with hurt and dignity as they talk about how the entire Dutch state apparatus ruined their lives. The documentary glides with a sobering ease from one painful memory to the next starting from the initial disbelief after a letter from the tax authorities demands tens of thousands of euros back all at once. Many horrendous moments pass by such as child protection services taking away kids and forbidding all contact even on a birthday, all told with a succinct and stark delivery by the five. This candour makes for a confrontational work despite the misguidedly detracting book-ends when the film mistakes overlit shots in a church for lyricism. The direct encounter with the tragic consequences of a scandal long swept under the rug resonates because it thwarts a passive attitude. It shatters the exceptionalist myth of so-called Dutch directness when the Netherlands in actuality excels in pretending scandals don’t exist in the name of normalcy or gezelligheid. Of which the socially murderous herd immunity strategy during the COVID-19 pandemic is but the latest example.

When a debut film is mentioned several times in major industry outlets such as Variety and Screen Daily ( ), can it end up underseen or unloved? Money Has Four Legs is brought up on the pages of these film magazines but none of the texts is a review. The film is discussed in the context of its producer, Ma Aeint, imprisonment by authorities in Myanmar following the military coup in February 2021. There is a dissonance between the events and the tone of Money Has Four Legs which is a genre-infused comedy of errors. It is a very personal project and a tribute to the history of Myanmar cinema, but it does not directly deal with political conflicts and social problems such as the upcoming Sundance premiere Midwives directed by Snow Hnin Ei Hlaing. Popular appeal of Money Has Four Legs also does not easily fit into the framework of art cinema screened at international film festivals. Moreover, the director, Maung Sun, is in a very difficult position as the one who was not detained but travels through film festivals in Europe to promote the film. The discord between the fate of producer and director puts Money Has Four Legs in a discursive limbo, even though the film itself focuses on the pains of being a filmmaker with a vision. The perfect combination of comedy and tragedy, I am sure the film could be enjoyed by the audiences in Myanmar if it ever had the chance to be released there. Independently funded by the filmmakers themselves, Money Has Four Legs is so full of life, hope and love for cinema that it is intoxicating. It deserves to be loved in return.

It was perhaps no surprise last year that people turned to films from the past in order to contextualise and, perhaps, find some measure of solace and comfort. People naturally gravitated to works concerning some notion of infection, including the obvious Contagion and, on a much more wonderfully unanticipated note, Tsai’s The Hole and Kurosawa’s Bright Future. However, perhaps both the most fitting and unusual choice was released this year: Frank Beauvais’s Just Don’t Think I’ll Scream, which, despite premiering in 2019 — and itself getting its US theatrical distribution delayed until 2021 — captures a collective sense of loneliness and coping.

An especially dizzying exemplar of the collage film, it is made up solely of brief shots from the 400-some films that Beauvais watched between April and October 2016, a period in his life filled with profound isolation and depression where he did basically nothing but watch films in the little village dwelling where he was abandoned by his partner. The short film clips, carefully chosen to eschew close-ups and thus identifiability, are paired to a narration which frankly lays out his ongoing state of affairs. The ambiguity on one side and the blunt demarcations on the other pair to form an odd, wondrous bond. By taking out all the expected bits of signposting, Beauvais dives fully into the swirl of images that comes with the madness of cinephilia, with the flickers of strife corresponding to the horrors of last year with depressingly full force for film lovers with a simpatico mindset. Even more than its skilled construction and daring associations, Just Don’t Think I’ll Scream emerges as an omnivorous exorcism, a brilliant evocation of a mindset that yearns for escape yet is unable to, at least for a time.

Beyond the Infinite Two Minutes (2020)

Beyond the Inifinite Two Minutes (2020)

Beyond the Inifinite Two Minutes, Yamaguchi’s debut film, was shot in only one week. With a small camera placed on the back of a smartphone and without a large budget. However, the result is stunning. Seemingly filmed in a single continuous shot, this sci-fi film tells the story of Kato, who discovers he can see two minutes in the future and two minutes in the pastthrough the security system of the café he works at. One by one his friends walk by and get involved in a situation that soon escalates.

Beyond the Infinite Two Minutes is not just another low-budget indie film by a Japanese filmmaker. It’s the most clever and funny film I’ve seen this year. You can see that every scene is so well thought out, which is confirmed by the behind the scenes shots shown during the credits that show the whole mathematic process behind the script. The film contains humour and excitement and never gets boring. Moreover, the cast Yamaguchi works with is marvellous. Each actor plays his/her unique character so convincingly stupidand naïve, but it never gets annoying. I’m really looking forward to Yamaguchi’s future projects.

Full disclosure: I went to high school with Margot Schaap, the writer and director of Quicksand, so when I went to watch it, I can’t claim to have gone into the cinema entirely unbiased. Starting with the fact that this has been called a promising debut by fellow critics, while to me it felt like the next, triumphant chapter in a filmography that started in 2008. But I suppose not many have followed her career that way I did, from her first student film onwards. As such, Quicksand did feel like both a formal and textual leap forward to me, assured and full of confidence in a way previous work hadn’t been. The dialogue feels more natural than in most Dutch films (or so the cliché goes anyway), which well serves the story that is told with increased stylisation.

A style which impressively emphasises the metaphorical quicksand which daughter Suze finds herself suffocating in when her mother asks for help with her disease, bringing back a mental illness Suze had though she left behind. As her mothers demands increase, so do Suze’s mental lapses, straining her marriage and her relationship with her own (5-year-old) daughter. Every edit pulled me into Suze’s state of mind, drawing me into her confusion and pain, growing ever stronger until the impossible dilemma has to be decided on. A smart script, executed exceptionally.