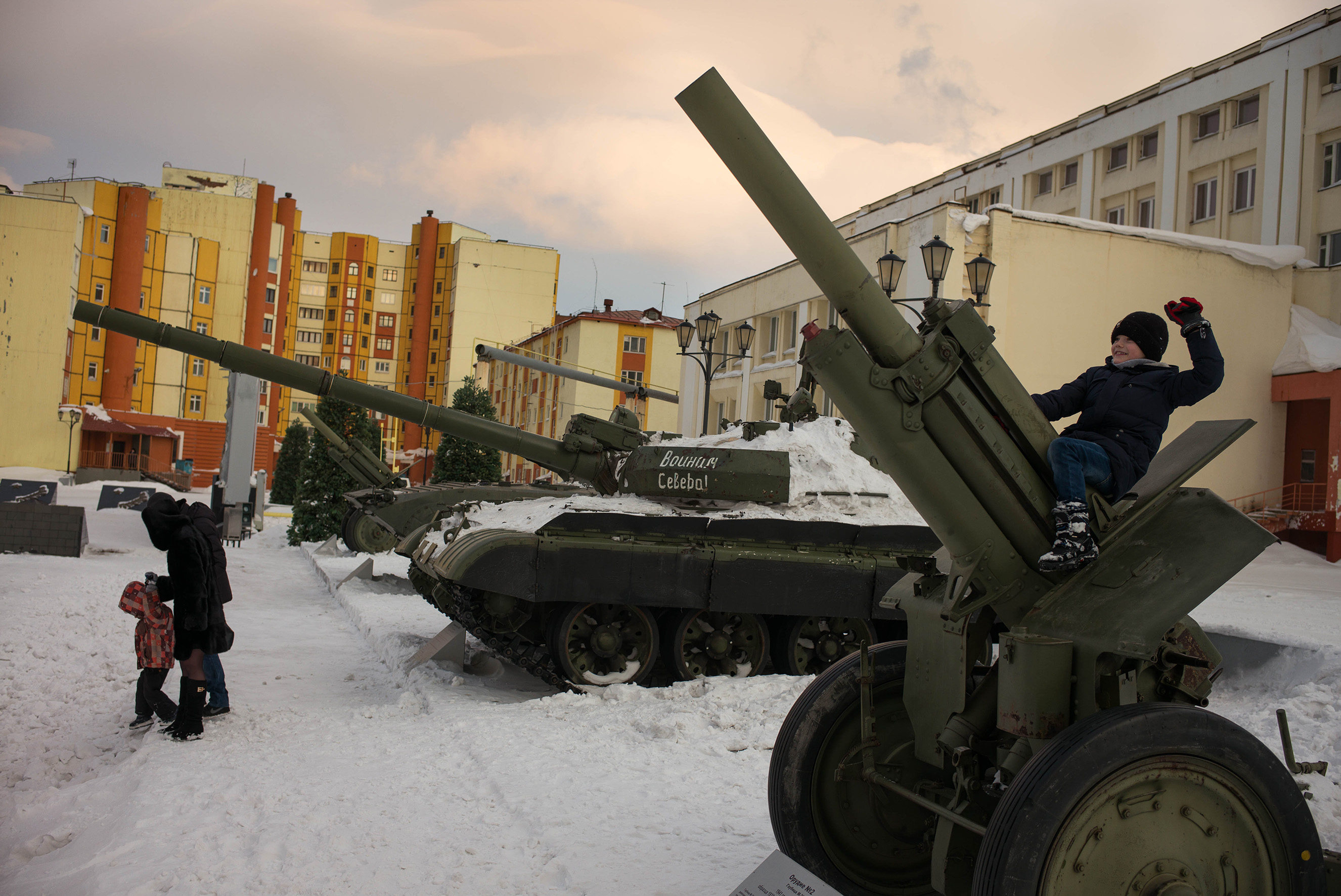 Norilsk. It’s the most polluted city in the world. Winters last for nine months and are really cold where – 40 degrees isn’t extraordinary. It’s the most northern city in Siberia and surrounded by tundra. From above, it looks like an industrial area. A post-nuclear area. Science fiction. Isolated. Hidden behind doors. It’s quite shocking to know that people do live here.

François Xavier Destors made Melting Souls (2017), a documentary that covers several portraits of people who live in Norilsk. Each inhabitant has its own story. They tell the viewer about how they got here, how they deal with the almost unbearable living circumstances and how they try to escape this town. The film starts with overview shots from the endless snowy landscapes.

Once upon a time, under the regime of Stalin, Norilsk was built by forced labour in order to mine the precious metals from the ground in this area. People – from criminals to political prisoners – were brought to this Gulag camp. They were transported from the continent to this isolated piece of land where everything had to be built from scratch.
The history of the city isn’t one to be proud of you might think. However, some inhabitants claim that it really wasn’t that bad. Back then, people could enjoy culture and sports. There were cinemas and theatres, so people could be entertained after a day of hard work. In the weekend, families could visit a zoo. Moreover, it wasn’t so cold as it is nowadays. The land of Norilsk was perfectly suitable for agriculture. Nowadays, none of this is left. The animals of the zoo died, growing vegetables isn’t possible and people have to entertain themselves.

Today, the city is still highly connected with the metal industry. Almost all male inhabitants of the town work there, simply because there are few alternatives. Meanwhile, they dream of leaving the city. They want to move to the continent and start a new life in cities like Saint-Petersburg or Moscow, which billboards on the streets promote.

Unfortunately, this is often easier said than done. Employees of the famous Norilsk Nickel factory (the factory that claims to guarantee stability) find it hard to find a job elsewhere. And so the employees are often bound to their lives in the grey city. Some dare to quit their job, like the man who decided to become a photographer instead. Of course, he can only work during the summer months because of the light, but it makes him much happier than his former job in the metal industry.

Others try to escape the cold reality by making music about the hopeless city. Parents tell their children they live in a wonderful and unique town and hide the fact that is “built on bones”. Meanwhile, people try to actually sell their house (for the second time), while others just stay and hope for a better future. Everyone has their own way to deal with the situation.

Not every inhabitant of Norilsk wants to leave though. A woman tells the hairdresser on her wedding day that she won’t leave Norilsk since she has everything she needs. She has a job, a house and friends. So why leave a warm nest? Moreover, these cold winters are a perfect excuse for making an extra cosy atmosphere at home. An old man who seems to live alone with his Siberian dogs doesn’t think about leaving the city either. He loves the cold and can’t stand the heat. He doesn’t need technology or electricity. He feels confident in his primitive life.

Norilsk. A city that is loved and hated at the same time. Will there be a better future? Will it be better, like the good old times of the Soviet Union? The desolated landscapes don’t give Norilsk’s inhabitants any hope. The film ends with a hopeful, colourful and musical note though: A fanfare steps out of a bus and walks through the city, cheering up the depressing atmosphere.