Framing the City: Porto of My Childhood 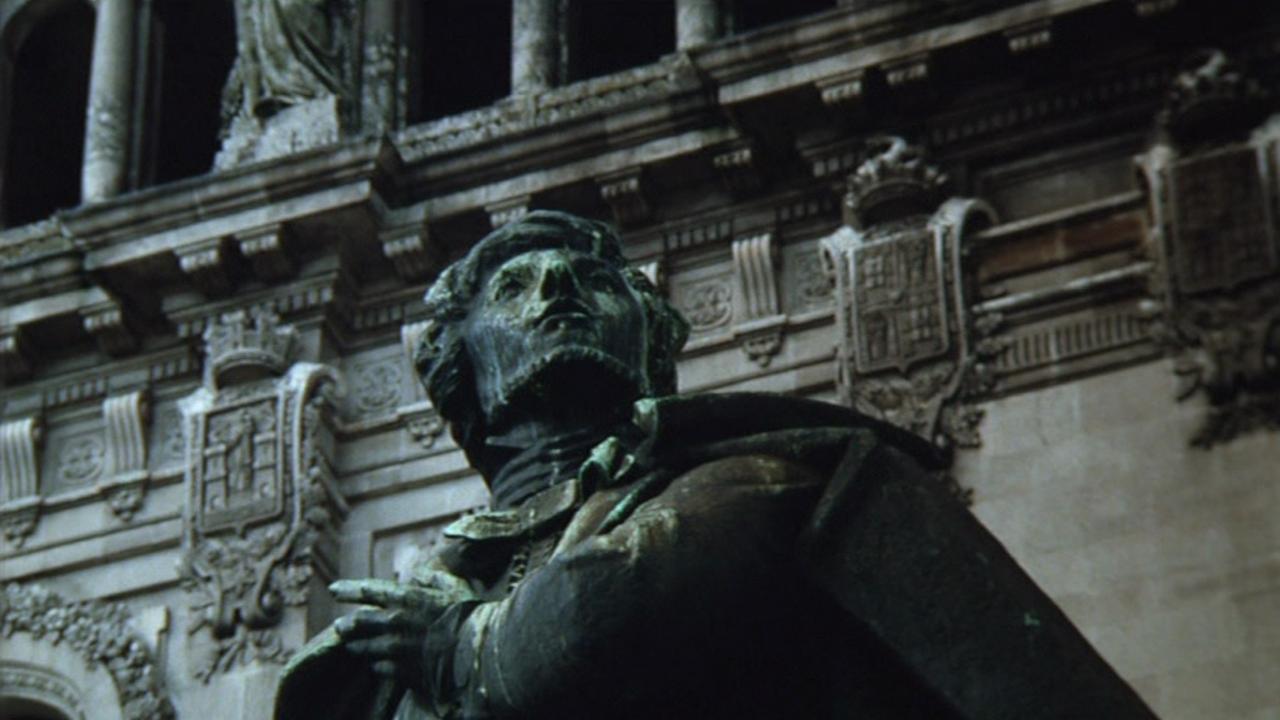 “Porto isn’t Porto anymore,” I was told shortly before I visited the second largest city of Portugal. Since it was my first time in Porto, I might not be the right person to confirm the change Porto went through in the last decades. Fortunately, director Manoel de Oliveira was born in Porto, in 1908. In 2001, the year Porto was the cultural capital of Europe, he made Porto of My Childhood, a film that gathers De Oliveira’s memories of his childhood in Porto on the one hand and documents the development of the city on the other.

Home of my childhood

Porto of My Childhood

Porto of My Childhood is like De Oliveira reading pages from his diary. After a musical introduction, the director explains what he tries to do during the 60 minutes that will follow: “To recall moments from a distant past is to travel out of time. Only each person’s memory can do this. It is what I shall try to do.”

His words are followed by a blurry picture of the house where De Oliveira was born. Nowadays, it is nothing more than a ghost, the voice-over (the director himself) says. Nevertheless, this ruin means a lot to him. It is the place where he became aware of himself and the world around him. Suddenly, a female voice starts to sing a sad and longing song, from the perspective of a child asking his nanny for a lullaby.

Fragments of the song and the memories of the house alternate. Very little of the house is left. “It only remains alive in my sad memory.” Just like any other meaningful places that De Oliveira discusses in his film.

Pastries of my Childhood

The director continues telling about other, more public, places in Porto that calls up memories, such as his favourite cake shop: The Confeitaria Oliveira. It was the most luxurious shop in town, but that didn’t bother him. He was more interested in the sweet pastries. Unfortunately, the shop turned into a fashion shop. “This is it today,” De Oliveira says, without any comment.

The shop is gone, just like a lot of places with emotional meaning to De Oliveira. The Central Café for example, where he often met university students Casais and Freitas and other fine art students. All that is left are, again, his memories.

The café that did remain and that I visited myself during my trip to Porto, is Café Majestic, “A magnificent work of the ornamentation of the twenties” as De Oliveira describes. Back then, it was a very fashionable café, established for business meetings. Nowadays, it is a must-see for everyone who visits Porto: you haven’t visit Porto if you haven’t been in this café. Café Majestic remained its original state and so, it is like you go back in time when you enjoy your glass of port wine there.

It was in the Café Majestic where De Oliveira wrote almost the entire plan for his film Gigantes Do Douro, a film he was not allowed to make because: “…it showed the effort carried out by workers to transform the steep slopes into terraces and afterwards planting and cultivating the vines, up to the extracting of the precious nectar is our Port Wine.” We see a younger, re-enacted version of De Oliveira sitting in the corner of Café Majestic, writing his script.

Hangouts of my Childhood

Porto of My Childhood

De Oliveira spent a lot of time in the city of Porto, just hanging around with friends and discussing things that came along in their daily lives. Such as the definition of femininity and masculinity and the relation between men and women. Three young men, one of them must present De Oliveira himself, leaning against a yellow bar of a counter with pastries, watching girls. Today, it is this. The pastry-shop turned into a bookstore. The bar is gone. “Youth is rather different today”, the voice-over says. No further comment. It is up to the viewer to notice the differences.

As a young man, De Oliveira fell into the bohemian lifestyle. He used to visit Clube de Porto, for example, where youth danced quite prudishly compared to how adolescents dance nowadays. After their night out, the director and his friends loved to stroll around the dark alleys of Porto, letting their imagination go and enjoying their carefree life.

The free atmosphere is interrupted quite rudely, when De Oliveira informs us that his friends all died in a very cruel way: either in exile or because of suicide, probably caused by the effects of the regime on their expressions of art. At least, we still have these expressions. The scene ends with the citation of Adolfo Casais Monteiro’s poem Europe (1945), which is about his bitterness towards the idea of Europe as a perfect unity.

River of my Childhood

Another place where De Oliveira and his mates loved to sit down and hold discussions, was down the Douro river. A black-and-white image of the skyline of Porto appears, shot from the other side of the river. Back then, it was a place where fishing boats floated by and both men and women had to work very hard to make a living. Nowadays, the quay of the Douro river is filled with tourist shops and restaurant, where you can eat a rather expensive meal while enjoying a beautiful view.

However, the skyline of Porto has hardly changed. A tour guide told me why. The rent of the houses on the riverside was very low and was kept low by law while the owners weren’t allowed to kick anybody out. And so, families clung on to their houses. On the other hand, houses weren’t maintained because the owners had no incentive to do so. Thus, the view of the city hardly changed. It only became older and dilapidated, just like De Oliveira’s home.

City of my Childhood

The house of De Oliveira’s childhood is not only the place he was born. It is also the place where he wrote his very first film and a lot of other stories that he would never produce. He developed negatives in the garage behind his house. “Thanks to cinema, we can see these bits over and over again. But only each person’s memory can recall things that only we did live through. And is doing so not the best way of showing who we are?”

But, the director notices, memories can also get lost as we get older. Our memory can turn into a ruin, just like the house De Oliveira grew up. Fortunately, cinema was invented. Thanks to film, we can capture and retain our memories. We can rewatch our memories, in case we forget some details of our memories, or even the entire memory.

In one of the last scenes, we see the young De Oliveira shooting a film at Rue de Santa Catherina. He films construction workers coming out of a building in the same way the Camisaria Confiance shirt-makers where filmed over a hundred years ago in the first ever Portuguese film, Saída do Pessoal Operário da Fábrica Confiança (1896). Indeed, the city has changed, has become more modern and is being renewed. Old buildings got a new destination or are under construction, as I could notice during my stay in Porto. “But no matter how much it changed, it will be my childhood Porto.” De Oliveira states. So even if Porto isn’t Porto anymore, it will always be Porto.

This Essay Framing the City article was published in June 2018