Getting Away With It or: the Hidden Gem of Steven Soderbergh’s Career 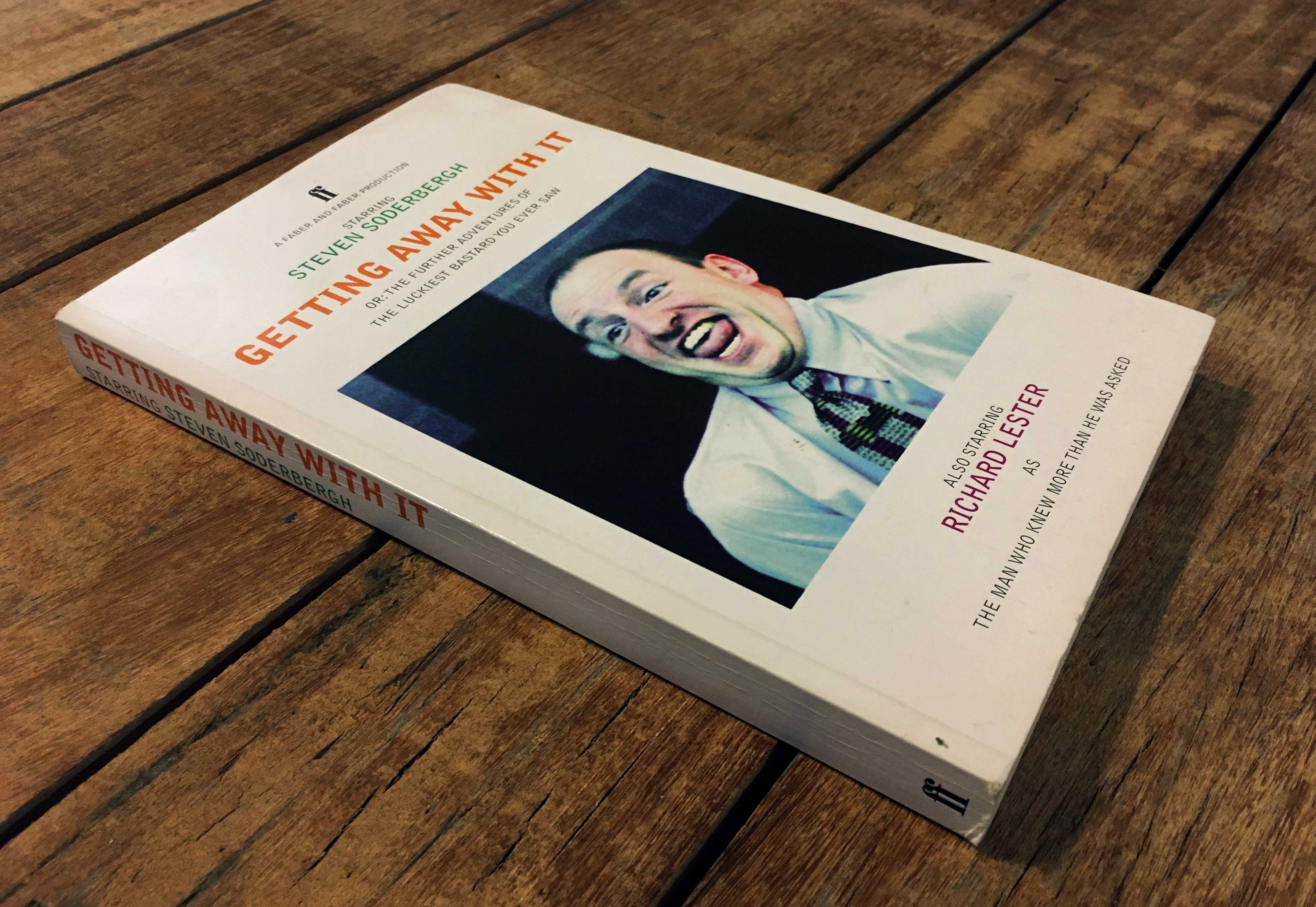 Getting Away With It, Or: The Further Adventures Of The Luckiest Bastard You Ever Saw by Steven Soderbergh and Richard Lester

The downside of documentaries about films is that they usually end up being glorified marketing assets. It takes a certain kind of director to be uncompromisingly open about their process, let alone while the process is still ongoing. The exclusion of Always (1989) or Hook (1991) in the career-spanning HBO documentary Spielberg (2017) felt too selective and looked a lot like self-censoring. It’s way more interesting, for instance, to watch David Lynch, usually the master of his domain, crack down during the making of INLAND EMPIRE (2006) and exclaim: “I don’t know what the fuck I’m doing.” It shows vulnerability, which is a basic human experience, and in turn makes us empathize with a creator, regarding them as human rather than a demigod.

In 1989, Soderbergh came onto the indie-scene with a blast, winning a Palme d’Or for his provocatively titled debut sex, lies and videotape (1989). At the award ceremony, he jokingly stated: “it’s all downhill from here.” He was right. After finishing The Underneath (1994), his fourth film and third financial dud, he realized his current trajectory was becoming stagnant. He needed a gust of fresh air.

And so in 1995 he moved out of Los Angeles back to Baton Rouge, his hometown where he had shot sex, lies and videotape, and made two micro-budget films: the non-linear experimental comedy Schizopolis (1996) and, during post-production of the former, the Spalding Gray monologue film Gray’s Anatomy (1996). An uncompromising move widely regarded as the death of his career, the LA Times even named it The Funk of Steven Soderbergh.

While Schizopolis and Gray’s Anatomy were creeping out of post-production and into distribution hell (both films were simply too weird for most studios), Soderbergh was struggling with being a father in the light of a recent divorce, juggled screenwriting gigs to keep his head above water financially, and had a book contract with Faber & Faber to fulfill. They had asked him to write something, anything really, and Soderbergh did. Between March 1996 and March 1997, he kept a diary and regularly flew to the UK to interview director Richard Lester at length for what eventually would become Getting Away With It Or: The Further Adventures Of The Luckiest Bastard You Ever Saw (1999).

Richard Lester had been Soderbergh’s biggest inspiration while making Schizopolis. Lester got his start as a television director for the BBC in the 1950s, working on a variety of comedy sketch shows. While everyone was trying to figure out what this television thing exactly was, Lester had free reign to experiment with the format, which would give him a certain edge. Then he was hired to direct A Hard Day’s Night (1964) at the height of Beatle-mania, which would eventually make his career. Lester, like Soderbergh, had a great interest in the craft and loved the problem-solving side of cinema. He loved improvising, fixing something on the spot was his proverbial cocaine. And it was that aspect which triggered Soderbergh into interviewing Lester.

The largest part of the book is dedicated to a seemingly unedited transcript of their taped conversations. At first, the specificity of Soderbergh’s questions and Lester’s namedropping tendencies can be a bit overwhelming, which would explain why this is a largely forgotten book. Having never seen any of Lester’s films, I started reading between the names and details, using Soderbergh’s hilariously self-deprecating diary entries as a holdover.

But at a certain point, I don’t know when exactly, the book clicked with me. Suddenly, it felt like I was hanging out with an eager up-and-comer and a retired master, observing them talk shop and crack jokes. It wasn’t exactly Truffaut and Hitchcock, but a very pleasant and insightful conversation to read. Every now and then intercut with the younger guy lamenting the rewrites on Guillermo Del Toro’s Mimic (1997), giving a little peek into the life of a professional filmmaker in his most searching hours.

Read any interview with Soderbergh and you’ll find a similar openness, albeit filtered through the journalist in question (Any of his interviews with Film Comment are highly recommended). But what makes Getting Away With It so special is transforming a conversation between fan and hero into a talk between equals, while never evading vulnerability and humanity rarely seen in behind the scenes material.

In 1996 Soderbergh had nothing to lose, and yet by the time 1997 rolled around, he gained it all back. And I, for one, am very glad Faber & Faber gave him the incentive to capture it all in a close to 300-page book which really deserves a second life as one of the most open and insightful accounts of someone’s career.

This Essay article was published in January 2018