Gotta Have Faith: Eric Rohmer’s A Tale of Winter 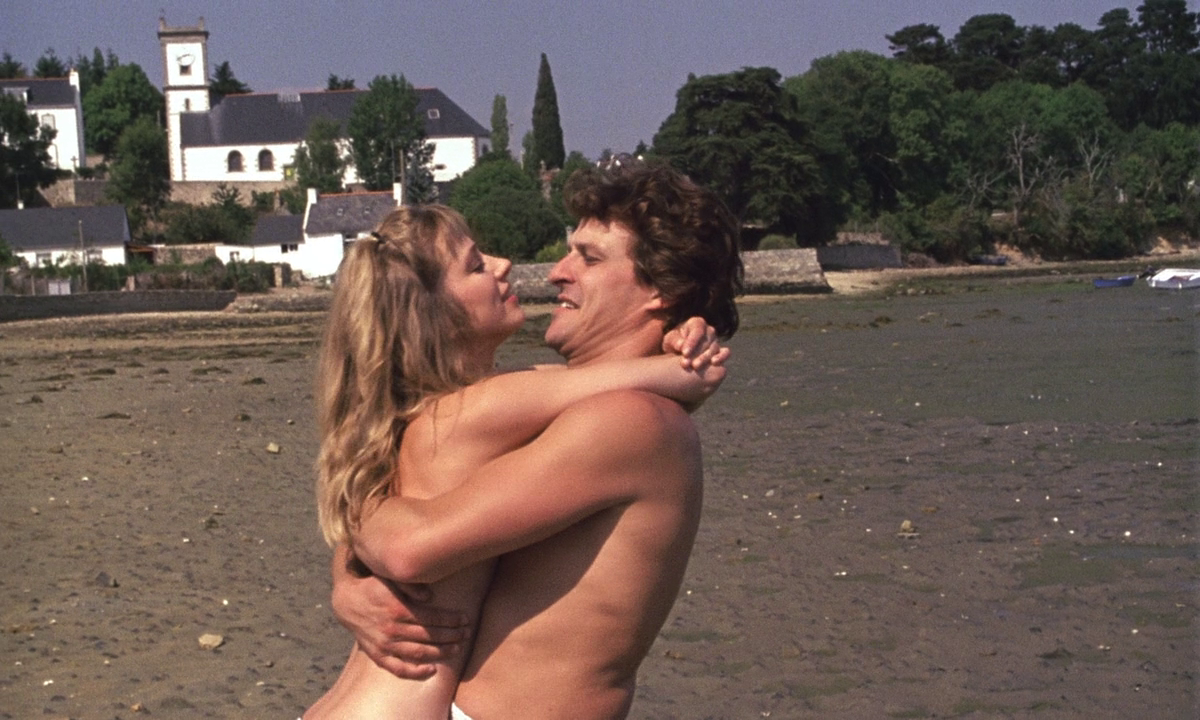 A Tale of Winter (1992) is Eric Rohmer’s second of his Tales of the Four Seasons, the third yet far less written about of his major cinematic cycles. After discussing the first entry in the series, A Tale of Spring, Bram Ruiter and Kaj van Zoelen delve into the second. This time, they disagree and a more contentious conversation ensues.

Bram Ruiter: A Tale of Winter features a seemingly quintessential Rohmerian conundrum which, on closer inspection, he’s never actually tackled up until this point. A central figure (the incredible Charlotte Véry as Félicie) hovers between two suitors (Hervé Furic’s bookworm Loïc and Michel Voletti’s beefy hairdresser Maxence) while the unlikely reappearance of her lost love and father of her child (Frédéric van den Driessche’s enigmatic Charles) hangs over her every move. A major deviation here is the addition of a child (Ava Loraschi’s Elise), which marks Félicie as the first Rohmerienne who shares her agency with someone she unconditionally loves. Now, of course, this is not divided fifty-fifty, Félicie is first and foremost still her own, but Elise’s presence constantly reminds Félicie of a life that could’ve been, stopping her dead in her tracks whenever she even thinks about moving from her position. But before we delve deeper into the psychology and philosophy of this second instalment, I had this thought when I sat down to write this. Or more of a question really. We’ve now seen half of this 4-part cycle and I have yet to figure out how the seasons play a meaningful role besides added atmosphere or a change of setting. Do you have any thoughts about this?

Kaj van Zoelen: On the one hand, the seasons do feel a bit like window dressing rather than adding thematic heft. On the other hand, having the story take place over Christmas and New Year’s, two occasions often spent with family and/or loved ones, makes sense for this story. Because, indeed, this is (or feels like?) the first time Rohmer adds a family dynamic to his very typical romance. It makes the child’s presence, and what she represents to Félicie, that much more inescapable. Besides that, the other reason this particular tale takes place during winter is so Rohmer could name the film after the Shakespeare play with the same title. The play is performed in a sequence of six minutes, but which felt like sixteen to me, at the very least. Sure, the reunion of the family in the play reminds Félicie (in the audience) of her wish for her own reunion, but was that extra reminder really needed at that point?

BR: I don’t think that Rohmer is concerned here with the play as a narrative device to externalise Félicie inner-turmoil. This scene does however resemble a much shorter one we see a bit earlier: Félicie, who has just recently moved to Nevers to be with Maxence, experiences a moment of clarity in a Catholic church. Rohmer utilises a slow zoom while non-diegetic music (!) plays to externalise her thought process. As a quick side note, I’m really hoping future Rohmer will more often rely on film grammar as a tool of expression, because it fits these tales quite well. Anyway, a scene right after her visit to the church, she leaves Maxence to return to Paris, taking a turn on a crossroads where we’ve seen her struggle ever since she arrived in Nevers. The play, however, even when it seemingly touches on familiar beats, feels entirely non-epiphanic. She is not there to experience a revelatory moment as there are no more revelations to be had. It is more akin to attending a regular church service: you strengthen your faith and show your loyalty. This can still make an emotional impact, but offers to be fuel for her discussion with Loïc and her need to be close to a friend. A little later she advises Loïc, during one of their post-Maxence hang-outs, to attend a church service because it is a Sunday. Loïc at first refuses, but is persuaded when a persistent Félicie tells him he should not sacrifice his convictions for her. This interaction stood out to me. As much as this keeps him at a safe distance (Loïc has a tendency to fall in love with Félicie even after she’s expressed her disinterest), she also strongly reminds him of his convictions to feel less alone in hers.

KvZ: I was surprised to learn that this final scene of the play, played out in its entirety here, was the genesis for not only this film, but more or less the entire Tales of the Four Seasons series of films. And although this ended up being the second film released, it was intended to be the first. This whole journey starts with Rohmer watching a BBC version of Shakespeare’s A Winter’s Tale on television one evening in the mid-1980s, being moved tremendously by the ending and wanting to recreate that feeling. I suppose it did just not work for me at all, especially on an emotional level. I do feel that it puts into literal words what was hinted at by her moment in church. The relevant line of the play is that the girl must ‘awake her faith’ in order for her mother to come back to life, mirroring how Félicie’s faith in the return of Charles into her and her daughter’s life has just been reawakened. Otherwise, her being moved so much by this scene doesn’t really make all that much sense. So I maintain that it does serve as a literal reminder of that faith, but agree with you that no revelations are had in this scene, for her or for me. And yet I was quite moved by the happy ending. I guess I just am a sucker for fairy tales. Which probably also why I found the exhaustive explanation Rohmer offers in dialogue to justify that this implausible tale is in fact quite plausible, rather exhausting.

BR: His quest to make his lovely fairy tale also plausible feels entirely in line with the Rohmer who insist on making The Bakery Girl of Monceau (1963) geographical sense. I love that he actually sent out postcards to both the correct address as well as the one Félicie accidentally gave Charles when they parted, just to see if the mishap would hold water. When it did, Rohmer discovered that the house on the wrong address was about to be demolished. And so he included this in his script. But is the inclusion of a clarification in their dialogue just there to justify? To me, it is as much a product of Rohmer’s interests in geography (he’s always had a tremendous interest in city planning and architecture) as it is a further exploration of his religious themes. Charles suddenly showing up at the most random moment puts her faith to the test: will she accept it as a fact (which she demanded from Maxence and Loïc, previously) or will she demand justification? Within these scenes, Rohmer deftly flips the dichotomy set up between Loïc (knowledge) and Félicie (faith) by having the latter not blindly accept her happy ending. It could’ve ended at the bus stop, but Rohmer wouldn’t be Rohmer if he did not want to use this encounter as a way to theorise from an angle previously undiscussed. Hence we get Félicie grappling with her beliefs as she is clarifying and in need of clarity through reason and fact. And I think that’s where we differ: using the film’s architecture to explore theoretical possibilities and implications transcends their intended effectiveness.

KvZ: I hadn’t thought about it that way before, and should perhaps give Rohmer more credit than I initially did. Though then my problem becomes that the theoretical just overtakes the emotional, rather than transcending it. With Rohmer insisting on sense over sensibility, in order to make the incredible credible. And yet it all still feels like a movie conceit, an abstract perfection to be taken on faith, made less effective by the need to intellectualise it to the extreme that Rohmer takes it here.

This Essay article was published in May 2021