Hope Is A Terrible Thing: Sundance 2022 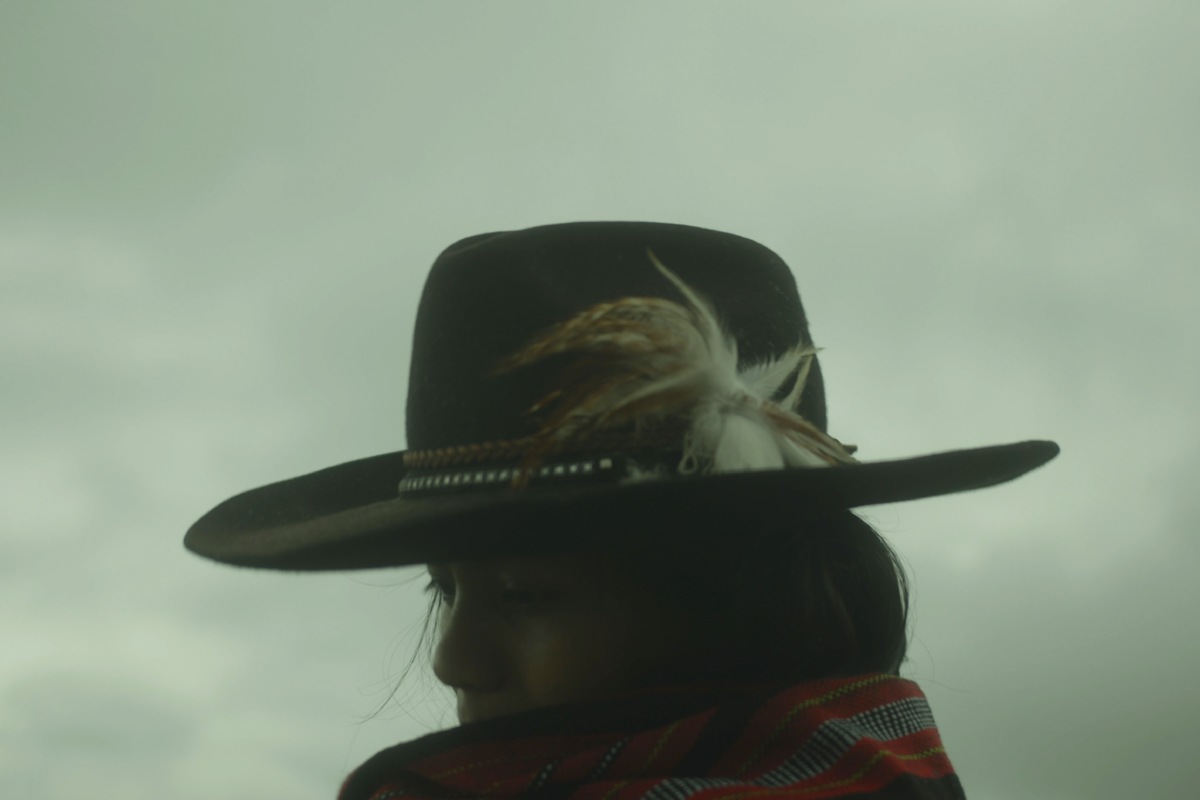 Hope is a terrible thing. It stings when rebuked and every time you attempt to refill your stores you remember how quickly it was drained out of you last time. When Judd Hirsch sees River Phoenix standing by the side of the road in the first ten minutes of Running on Empty (1988) he knows whatever he’d just built is done. Time to start over. It was an ok Sundance I guess. Gonna have to be, it’ll probably be my last. My application didn’t go through, I complained about it in public, they gave me a consolation pass to view short films and a couple of truly awful TV shows (they had Philly D.A. last year, Not sure what happened. If you can get more than three minutes into Michael Polish’s ridiculous new tv show Bring on the Dancing Horses, you’re made of stronger stuff than I).

I shouldn’t have complained, a lot of the new shorts were good, many of them programmed by Adam Piron, who is excellent at his job. There was a bleakly hilarious feature this year in the shorts program where they were showing a lot of legacy shorts. It just highlights the shoddy treatment short films usually get. On the one hand, it was nice to watch Keisha Rae Witherspoon’s T again but it was just on The Criterion Channel. On the other hand, why isn’t there a place for work like that to just live? If Sundance can’t host and support the filmmakers they’re supporting year-round, what good are they doing except leaving you out for predatory studios to come to find you, give you money to do your worst work?

“You can wear the thrift store ones. The new ones have to be washed first.” I don’t have much to say about Hanna Bergholm’s Hatching (2022). It’s wonderful. It has one idea, it executes it perfectly, the tone is magnificently handled so it never breaks the rubber band it keeps stretching with its child endangerment and gore. Something in the Dirt (2022) is the newest feature by Aaron Moorhead and Justin Benson, two resolutely creative directors who speak each other’s private language in an ingratiating and emotionally resonant fashion. Their movies are slacker sci-fi but they’re based in real pain and genuine idiosyncrasy. They’re like directors who could have started directing after the first few Sundance festivals, steeped in John Sayles, Larry Cohen, Lizzie Borden, and Bill Forsyth. Something in the Dirt is good. It’s gonna have to be Moorhead and Benson’s next gig is making some Marvel thing. It looks worse than bad, it looks competent. Something in the Dirt looks like them. And that’s what a film should be, it should feel like a director directed it. In the past, the boys have dealt with alternate dimensions and time travel and shape-shifting creatures and this time they find some kind of field of uncanny physics in the apartment they occupy, which sets them down the road of arcane study. The film’s best joke is that every time they get closer to identifying the phenomenon plaguing their shared living space they learn worse and worse things about each other. It’s the kind of thing you can only make if you trust your scene partner/co-writer/co-director. I won’t watch their Marvel show, but I’m guessing it’s not going to feel like an act of trust.

“My dear, how will you contribute to this false capitalist economy??” Listen to the Beat of our Images (2022) by Audrey and Maxime Jean-Baptiste is about the money the French government spent clearing the jungle to build a space centre in French Guiana. It’s a gorgeous study of sparks and darkness, of the forbidding beauty of the long-dead jungle and the people who used to live there without such a towering paean to colonialism, literally trying to make it to outer space before they’ll properly help the countries they once turned to slave markets. It finds its answer in If I Go Will They Miss Me (2022)about a young black man who wants so badly to fly, to leave his neighbourhood like a superhero (maybe like the ones created by the dead capitalist consortium that have bought Moorhead and Benson) and in Dania Bdeir’s Warsha about a young man in Beirut who finds the room to be himself hundreds of feet above the ground. Space is itself a construct. You can’t have any understanding of It without curiosity but you can’t know it without money, the kind of money that enslaves millions. In the year that saw the billionaire class taking dick-measuring joy rides to space, it’s good to remember that space is a dream and an illusion to some. It’ll never be “ours”.

“Is that what you’re doing, avoiding confrontation?” Watcher (2022) is elegantly directed but the victim of the absurdity of sales logic. How do you sell a movie? Get name actors that sell in this or that territory, whether or not they’re at all right for the part. It’s a movie about watching and being seen. Star Maika Monroe’s gift is that she never seems to be looking at anything. Co-star Karl Glusman is a triple threat, he can’t act in English, Romanian or French. He is one of those voids, a gorgeous emptiness that can neither speak nor hear convincingly. Tough to get scared when the scares happen to America itself. Brian and Charles is a film that would have been right at home 20 years ago, neither funny enough to justify its 90 minutes nor cute enough to suggest that the premise shouldn’t have just stayed a short film.

Stephen Kang’s Breathe (2022) and José Luis Aparicio Ferrera Tundra (2022) are both nicely done but they buy into a trend I dislike; the only way to discuss our (30 minute exhale) trauma is through infusions of midnight movie plot elements. Riley Stearns’ Dual is too cute to be menacing, which it desperately needs to be. He lets his excellent setting (probably the best sombre cityscape of its king since Truffaut’s similarly misguided Fahrenheit 451) all but go to waste, more interested in loony deadpan [the explanation for which doesn’t ever really show, same as the arbitrary rules for its future setting, which we have to take on faith to get to the jokes, which aren’t funny enough] and Karen Gillan playing a character who would have been better served by Lauren Lapkus. Meanwhile, it’s always 2003 in Bradley Rust Gray’s movies, and Blood is no exception. Nicely observed but going nowhere you haven’t been and had more fun.

“Listen again, please.” I kind of felt the same lack from Abi Damaris Corbin’s 892 (2022) but only in hindsight when the ending revealed a lack of a third act. While it was on I was riveted. John Boyega and Michael K. Williams matching wits on opposite ends of a hostage situation is incredibly good value. I can overlook the “based on a true story” short shrift but a writer really ought to account for something like that. No matter, Boyega’s an actor it’s just a joy to behold, his every twitch, the accent he worked out for the part, the way he seems to be about fifteen feet behind himself, controlling his body like a puppeteer. The only performance I saw that rivals it is Thandiwe Newton in Julian Higgins God’s Country (2022). Higgins graduated from my lousy film school the year before I got there, so I’ll try not to take it personally that he’s very good. God’s Country is a film that seems to have sprung from the head of No Country For Old Men like Athena, bypassing the more macho route taken by its most high profile fan Taylor Sheridan. This one is about the moment you decide to do something dangerous because you’ve been shorted so many times by life and you just kind of want to see what happens when you say “no” for once. Newton’s high key intensity showing through her hard, depressive exterior is never less than incendiary. The final shot involves a tall boy of Steel Reserve and a riff on the ending of Come and See (1985), which is so beautiful and funny it would have justified a worse movie, but thankfully nothing needs justification. This is a quietly lovely tale of petty grievances and incurable heartbreak, of wondering how you ended up here. Of being finally done with hope. Hope costs you. It keeps you up at night. Maybe the cinema we have now needs to fully let go of hope, of itself. It needs to let itself go, to realize its uselessness and be dispatched like the dreadful men who harangue Newton at every turn of God’s Country. Almost no one has any ideas left. The good movies are made by people whose names you’ve never heard.

“You’re a very talented young man.” Filipino director Don Josephus Raphael Eblahan isn’t yet 30. His short The Headhunter’s Daughter (2022) was probably the best piece of fiction I saw this year. A young girl leaves her farm to go perform at a song contest in a little cowboy bar a few miles away. She loses her horse, her guitar, and the episode might not even air. She sings because what else is there to do? Nothing else makes her feel alive even if it also makes her sad, even if it breaks her heart.

This Sundance article was published in February 2022