How Different Can a Life of a Japanese Adolescent Be? 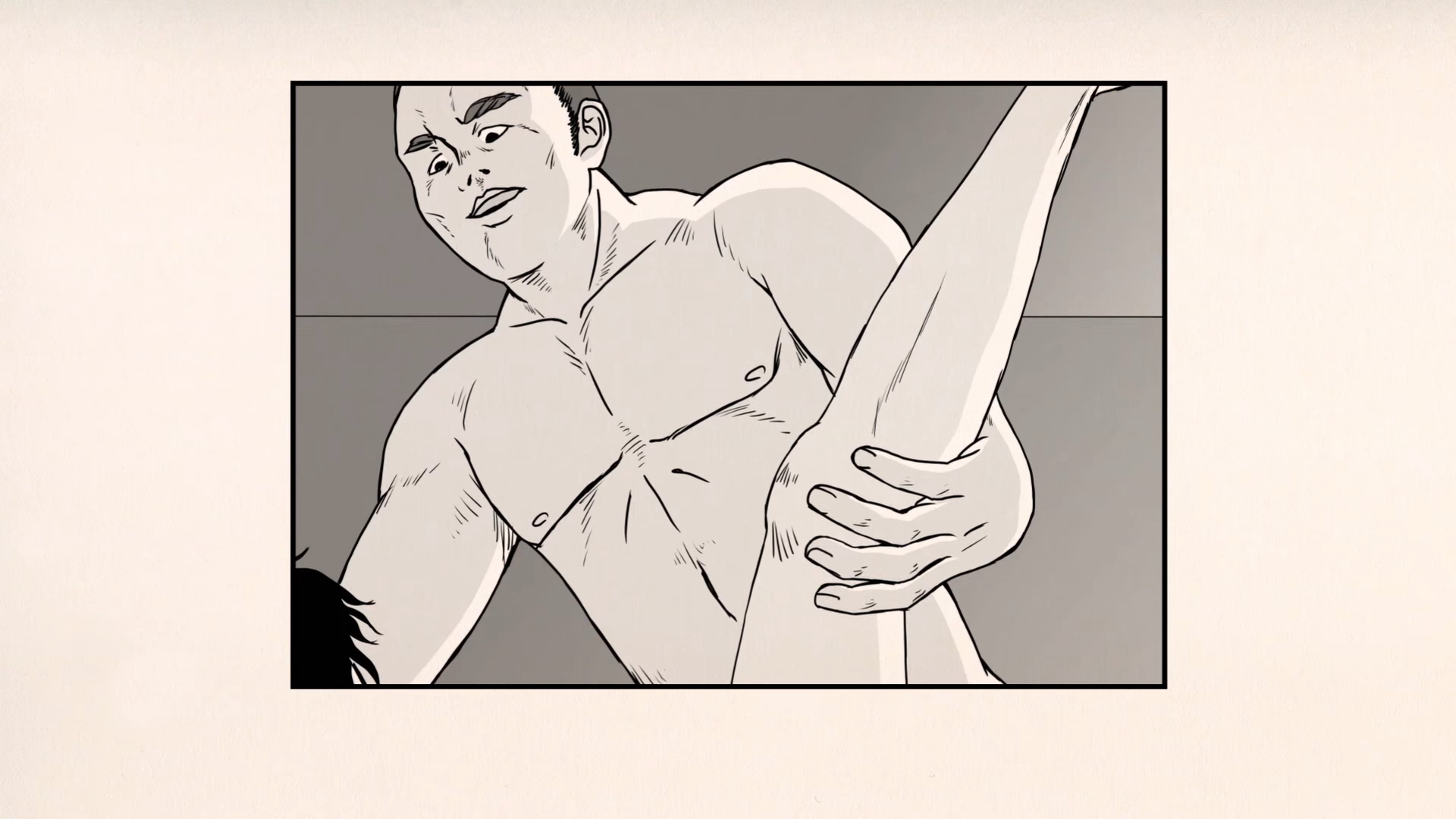 How different can a life of a Japanese adolescent be? Being just an ordinary schoolboy in Japan is not self-evident. As is shown in two films currently playing at the 12th edition of Camera Japan, a film festival dedicated to Japanese cinema that takes place every September in Rotterdam and Amsterdam.

Seto & Utsumi (2016) is a low-budget comedy by Omori Tatsushi. The film is about two high school boys who kill time at the riverbed in Osaka. Every day, on the same stairs, no matter if the weather is good or not. They talk about girls, annoying parents, cram school, a cat that should have died two years ago but still lives. But above all, they are bored. Extremely bored.

The lives of the adolescent boys who were interviewed for the documentary Boys for Sale (2017), made by Itako, isn’t boring at all. However, they don’t live the exciting life adolescent boys dream of either. These boys live in Shinjuku 2-chome, a neighborhood that is considered as the ‘gay center of Asia’. They work as sex workers, or more specifically, they offer Urisen: straight boys who sell sex to men.

It took the crew three years to make Boys for Sale. During that time, they had visited several bars and actually had to buy a session with some sex workers in order to interview them. The boys were very open about how they were recruited, how they live and how it is to work there. What they have in common is that they all need money, for the living, to pay the debts of their parents or because they lost their houses due to a tsunami.

Both films are shot in one place, at different moments. In Seto & Utsumi, the schoolboys are filmed on the same stairs near the riverbed. The films are divided into several stories; each story tells what happened on one of the days Seto and Utsumi sat on these stairs.

In Boys for Sale, the sex workers are filmed in the small rooms where they have to work. The directors of these films filmed the characters from a very short distance, often in middle close up or close up, sometimes even in extreme close-up. Therefore, it feels like the viewer is involved with the characters.

Not seeing the expressions, or rather the lack of it, of these boys’ faces, is impossible. The faces of Seto and Utsumi almost never display any emotion. Utsumi tries to smile once, to look agreeable, but he fails. In the scene about how the boys met each other, Utsumi is filmed in extreme close-up. The frame has a dark layer, which isn’t used during any other scene in the film. The voice-over tells us what Utsumi is thinking but the expression on his face remains a kind of empty.

Seto can be very excited, especially when ‘babe’ Kashimura walks along or when he gets her email address. He also is scared when he is threatened by a tall bully, though he tries to hide his anxiety. Seto tries to act like he doesn’t care about the tall guy, although he obviously does.

Some boys in Boys for Sale have no clear expression on their face either. One of them says he feels empty. Others look a little shy or uncomfortable, probably because of the presence of the camera. However, most of the boys decided to get blurred or to wear a mask during the interview. This way, they are not recognizable on the one hand, but on the other hand, the viewer is unable to see how they feel. Whether they look uncomfortable, expressionless or hide their faces, I kept wondering who these boys really are while watching both films. It seems that all these boys, both in Seto & Utsumi and in Boys for Sale try to hide their identity and feelings, because they want to look cool or because they are ashamed of the work they do.

One of the sex workers literally says that he has an empty mind. The boys switch off their emotions and feel like they are a product that can be bought. Moreover, they often lie about their job. Few family members and friends know about their job as a sex worker and think they work in an ordinary bar for example. And since you have to be straight to get a job in an Urisen bar, some boys even lie about their sexual preference.

The managers of the Urisen bars actually treat sex workers as products, so it’s not strange they feel empty-minded. In Boys for Sale, a manager says that his boys get a training about hygiene and safety. However, these boys can’t confirm that. One of them even says he was just thrown in a room and that was it. They know very little about STD’s, nor about the fact that wearing a condom is necessary.

Being on a School Trip

But what keeps all these boys on their feet? It’s their friendship. There seems to be a big distance between Seto and Utsumi, however, Utsumi thinks about Seto’s birthday and organizes a surprise for him. When Seto says his cat died, Utsumi tries to comfort his friend, which is not appreciated by Seto, but still, it seems that Utsumi cares about Seto deep inside. These boys are bored and nobody seems to care about them, but at least, they have each other.

The boys in the Urisen bars don’t like their work and they all dream of a better future. However, they really like spending time together. They live in the same dorm and drink beer after work. ‘It’s like being on a school trip,’ one of these boys says. They are a big support for each other in the tough conditions they live in.

Both directors risked to make a film with only talking heads, but they succeeded in making their film visually more interesting. The content, or more specifically the sexual content, of the interviews in Boys for Sale are often illustrated by black-and-white animations. These show quite explicitly what the boys do when they serve a client. What is noticeable is that the characters in the animations do have an expression on their faces. This way, we can see that the sex workers don’t find their work pleasant.

Extreme close-ups, freeze frames as well as slow motions emphasize the expressionless faces of the bored schoolboys in Seto & Utsumi. The classical music that is played from time to time creates a sarcastic vibe in the film. In other words, we shouldn’t take the boys and their big problems very serious. Being just an ordinary schoolboy is not that bad, but it is not self-evident either.

This Outdoors article was published in September 2017