‘How’s it collapsing?’ How the brilliant satirical legacy of Nathan Barley unfortunately lives on 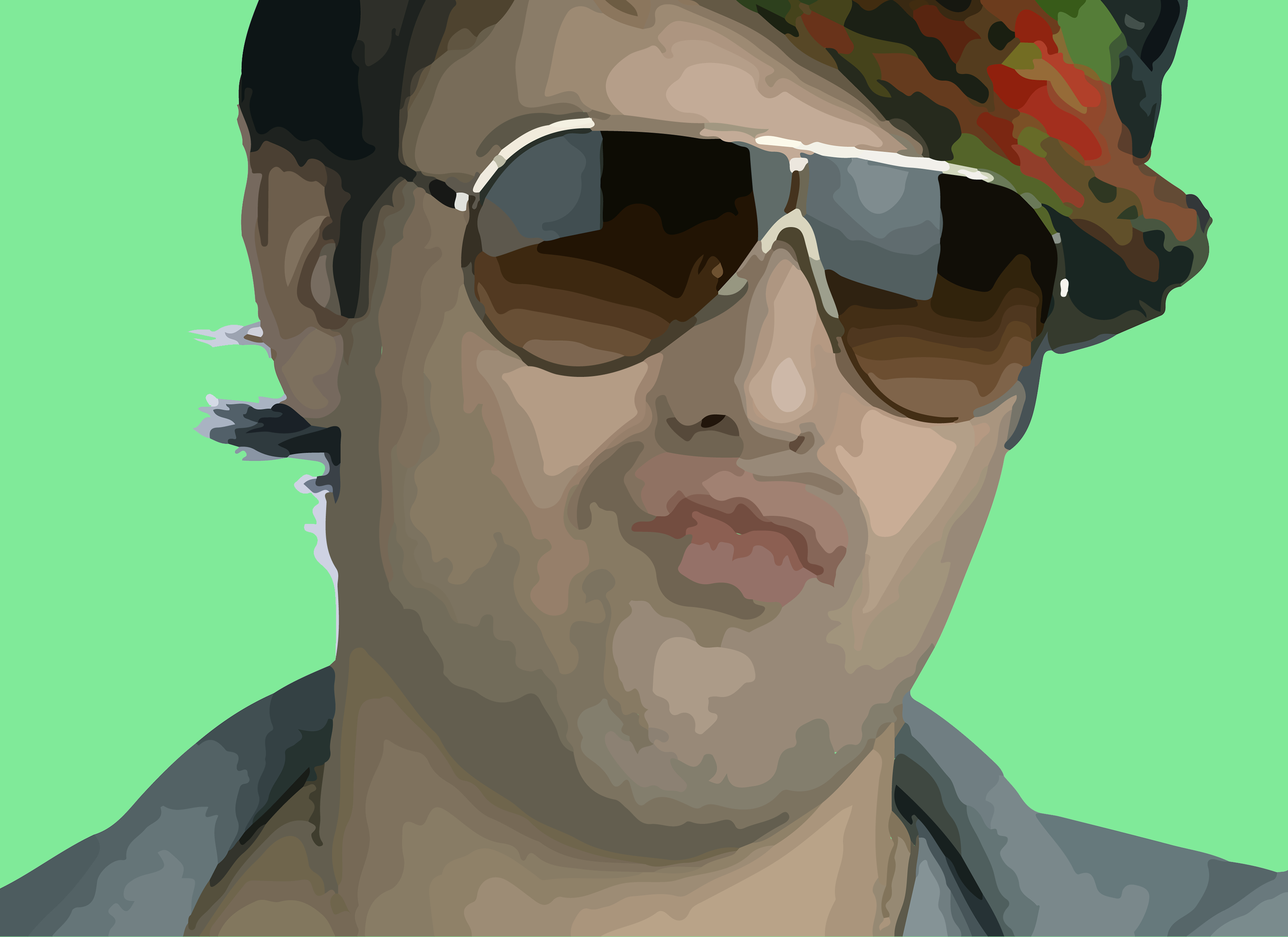 Let’s begin with a typical exchange of words that will be our sound bites from the trenches of the hip and happening:

“How’s it collapsing? Keep it foolish! Bum. Keep it livid. Keep it dense, yeah?
Check it out yeah, trashbat.co.ck, my web site. Dot cock yeah, registered in the Cook Islands. You should check it out, dollsnatch. It’s gonna be totally fucking Mexico. Peace and fuckin’!”

These words are constantly being spewed out by annoying scenester Nathan Barley (an excellent Nicholas Burns). A self-proclaimed London media node. His face already sporting a proto-duckface on photographs that he posts on the internet. Sipping lattes and riding on a silly BMX-bike in a London that is being gentrified at a rapid pace as it is 2005.

But in this landscape not everyone is as “cool” as Barley. Take this critical dispatch from journalist Dan Ashcroft, fittingly headlined The Rise of the Idiots:

“Once, the idiots were just the fools gawping in through the windows. Now they’ve entered the building. You can hear them everywhere. They use the word “cool”. It is their favorite word. The idiot does not think about what it is saying. Thinking is rubbish. And rubbish isn’t cool. ‘Stuff and shit’ is cool. The idiots are self-regarding consumer slaves, oblivious to the paradox of their uniform individuality. They sculpt their hair to casual perfection, they wear their waistbands below their balls, they babble into hand-held twit machines about that cool email of the woman being bummed by a wolf. Their cool friend made it. He’s an idiot too. Welcome to the age of stupidity. Hail to the rise of the idiots.”

Does this slice of cultural critique in the vein of a pop culture Twilight of the Idols sound familiar? Grumpy journo Ashcroft doesn’t have to lift his finger off of the pulse. The Zeitgeist still has the same beat. The world has gone the way of vloggers with their short attention spans and their penchant for constantly mining the outrageous. A world where everybody seems to endlessly spew their vapid and vacant words on twit machines.

But what is Ashcrofts relation really with the obnoxious media node Barley? The guy with the latest smartphone with a large number 5 (because it’s the most used digit apparently). A vlogger and prankster who terrorises his shy assistant Pingu (a convincingly uncomfortable Ben Wishaw). Nathan is the poster boy of the new tech and media lad that Ashcroft seems to despise. And of course Barley loves Ashcroft for his piece on the idiots, much to Ashcroft’s chagrin.

Chris Morris’ and Charlie Brooker’s tv-series Nathan Barley is prescient in all the wrong ways. Though that doesn’t mean it isn’t funny. Seeing the first part again I was surprised that so little has become dated. Sure, the computer graphics look pixelated and the phones are chunky, but so much other stuff seems to have solidified around us. The hipsters and their furnishings. The media landscape dominated by the fashionable and streetwise. It even gets the little bits right. There is a restaurant called Regime that creates a meal on the basis of the analysis of your fingerprint. (“Don’t contradict the tablet!” Scoffs a waiter). And then there is the controversy loving art scene summed up by young artist 15Peter20: “Hi, ho, hi. I’m 15Peter20 and I believe that pissing is like crying through your genitals.” Words he uses to sum up an exhibit where he has photographed celebrities urinating cathartically without shame.

But the real sting comes from how the series handles the profession of journalism, or the gradual disappearance thereof into what has been called the precariat or gig-economy. Ashcroft works for a Vice-like magazine that dishes out the controversial on a regular beat. The magazine appropriately is called Sugarape with the typography on the cover emphasising the word rape for obvious reasons.

Julian Barratt is brilliant as the weary Ashcroft. The epitome of a certain old style writer who grudgingly has to adapt to the whole new media paradigm, whilst selling his dignity in the process. The series follows his downfall. Writing shitty pieces for money and cleverly being manipulated by his editor in chief Jonathon Yeah! (with the exclamation mark). Yeah! sees the ranting potential of his Idiots article and repackages it to make Ashcroft the media personality The Preacher Man. As the face for this unscrupulous approach nobody can quite beat Yeah! Someone who knows it’s all a bunch of bullshit but enjoys playing the game. Sending Ashcroft to write a profile on aforementioned 15Peter20 because “We think he’s a genius,” said in a mock ironic tone. Yeah! also spices up the controversy with a kinky photo shoot of supposedly under aged models for the sex issue of Sugarape.

As a critical writer Ashcroft is someone who can diagnose the decline of civilisation 2.0 but can’t escape its clutches. He’s entangled with it even though he thinks he has the intellectual upper hand. The same goes for his sister Claire who wants to make films and documentaries about real people and real problems but is also lured into the creative media bubble world of Barley. It’s the series’ most cynical message but one that deafeningly resonates today. As writers we are all Ashcrofts running after the latest media hype or scandal or trying to get the most exposure whilst getting less and less pay, or nothing at all. Meanwhile the big media are constantly reconfiguring their strategies by reorganising or adapting their format. Euphemisms for firing editors and regular staff and downgrading job security.

This process is illustrated in a hilarious scene where Ashcroft finally has the chance to move up the ranks to write for the Sunday cultural supplement of a serious newspaper. But during the job interview it transpires that they are not really interested in him and only want him for his cool reputation to attract younger readers. Having fucked up the meeting after a question about his favourite wines Ashcroft returns to Sugarape in disgrace.

It is this decline in standards that Brooker knows. Working as a journalist for various magazines he eventually dissected the media in a series of satirical tv-shows, creating the Swipe-series. Chris Morris, known for the mischievous satire of Brass Eye, is a perfect partner in crime. His surreal bent works wonders here and fits the zaniness of London’s creative clique.

Nathan Barley is an early product of that zeitgeist which still hasn’t really subsided. In a way it has gotten worse. There are still scenes that scare me because I see them around me every day. Brooker intended to use his prophetic story The Waldo Moment about the dumbing down of politics for this show but eventually incorporated that in the darker anthology-series Black Mirror. At least Brooker still hasn’t stopped haunting our dreams with strangely familiar dystopic television, minus the laughs though.