Hunkering Down in the Bunker in O-bi, O-ba: The End of Civilization 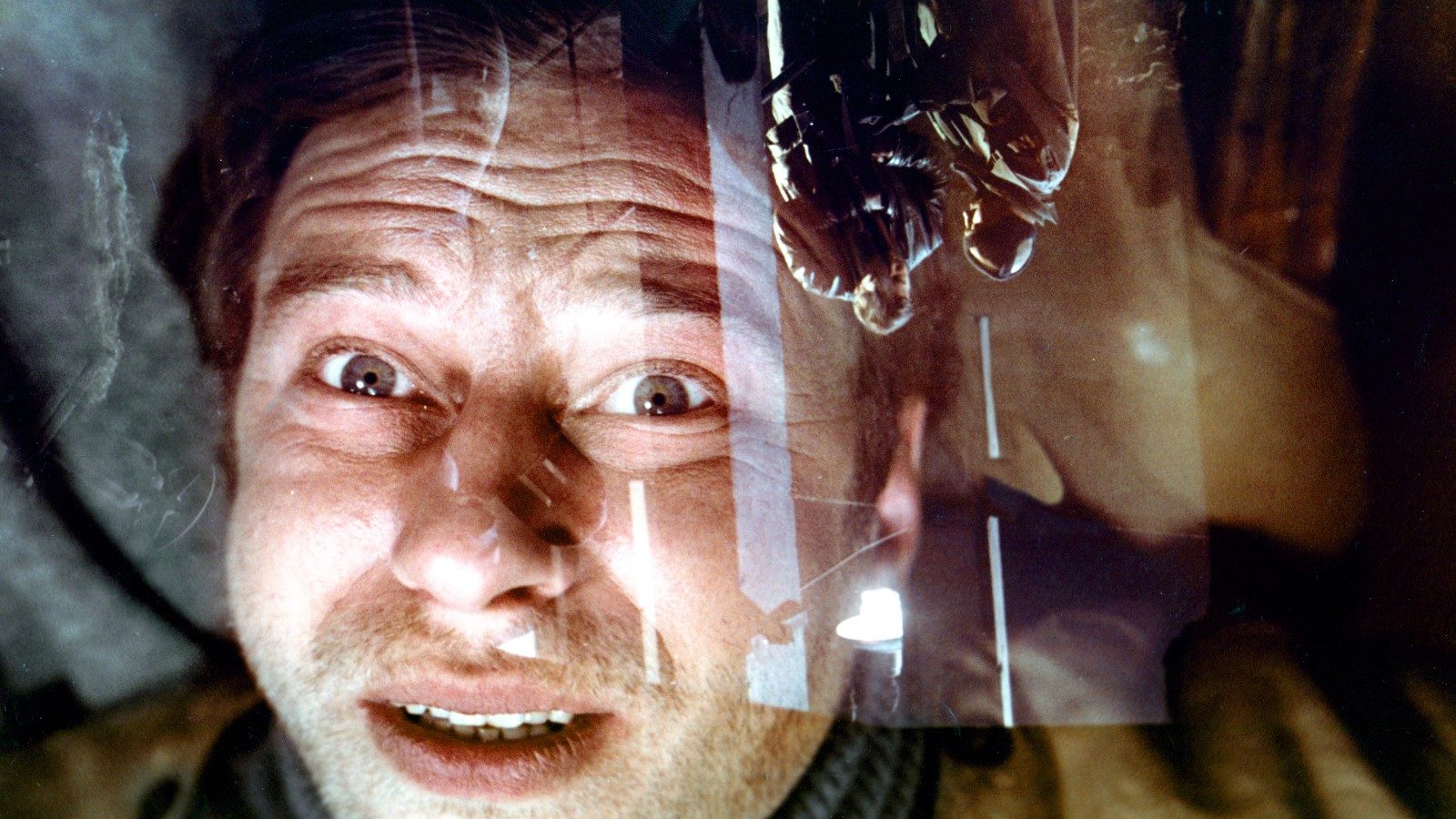 The cramped hallways resemble the alleyways of a city in collapse, at first one could even mistake the blue fluorescents on the wall for the glow of a window on a snowy day. The bunker is cracking under the weight of the mountain. Huddled masses grovel in the domed atrium, fighting over food scraps being shot from a metal tube in the wall. Nuclear war has destroyed the world, but for the thousand survivors in Piotr Szulkin’s
O-bi, O-ba: The End of Civilization a Soviet-style bureaucracy persists.

Mark Fisher diagnosed the post-Soviet ideological paralysis as a state of “capitalist realism,” one which forces those under it to even be incapable of imagining a world beyond capitalism—an extension of Frederic Jameson and Slavoj Žižek’s oft paraphrased sentiment: “It is easier to imagine an end to the world than an end to capitalism.” It is easy to forget how recent this new state of ideological permanence is, and that merely thirty years ago, those behind the Curtain were trapped in a paralysis on the opposite end of the ideological spectrum.

O-bi, O-ba follows Soft (Jerzy Stuhr), a propagandist and fixer for whatever bureaucracy is still governing the bunker. He’s tasked with selling people on the Ark, a salvatory machine from an ambiguous, unknown force that will come and deliver the survivors to a new world. By the start of the film though, even Soft is doubting whether the Ark is real or just an invention of the state. As the camera glides with him through the halls like a ghost, a loudspeaker declares: “The Ark does not exist and will never arrive. Don’t believe in hearsay, witchcraft, and superstitions. Your today and tomorrow is only in your hands. The Ark does not exist!” Within the diegesis of the film, it is equally unknown who is blasting this message as well as who is running the bunker.

Working in Poland in the 1980s, Szulkin claimed that the commentary in his films had to “transcend the obvious” to work around censors, hence his penchant for sci-fi as a lens through which to view his moment. At the time of the film’s release in 1985, Poland had become an existential crisis for the Soviets and their broader sphere of influence. In 1980, Polish workers had founded Solidarność, or Solidarity—a left-wing trade union that espoused the ideas of socialism while emphasising Polish nationalism through Catholicism. It was a harsh rebuke of Soviet atheism and hegemony, and drew the attention of anti-communist Western liberals.

Placed in context, the metaphor is more overt than transcendent; the world of O-bi, O-ba is pretty clearly one of a struggling faith attempting to keep together a crumbling society whose bureaucracy can barely hold its own weight. Whether it’s faith in the Ark and salvation (Solidarity, Catholicism) or in continuing routine work despite not knowing who or if anyone is even directing things anymore (Soviet-style communism), faith is the only thing propping up humanity in a world that has already died.

In 1989, Solidarity swept what little parliamentary seats the Communist Party allowed to be voted on, effectively putting them in control of the government. They soon adopted the Sachs Plan, a set of neoliberal reforms which aimed to end Poland’s debt crisis through rapid privatisation. While ideologically opposed to even what Solidarity espoused, it seemed like the Hail Mary they needed to create a financially independent country. It didn’t work of course, at least not in the ways the socialists had hoped. It worked quite well for the few who took that collective property for themselves and reaped the profits made by the many. Poland soon fell into a deeper economic hardship than it ever faced under the influence of the Soviets, and most of it was felt by those who were already the worst off. Solidarity’s appeals to Catholicism and nationalism quickly bred new strains of fascism as its social order went into collapse. In many ways, it was the end of the world.

Szulkin, ever the sceptic, refuses to vindicate either side of his dialectic. He sees both as a certain inaction, or a lack of imagination. Those who keep the bunker running have no idea how to actually stop it from collapsing, and those who think of a better world on the other side think only of divine salvation. There is no hope for humanity in there, not so long as the people refuse to envisage their own path, refuse to be as bold as to dream a world and then also build it.

The film ends in total ambiguity, in a simultaneity of possibility towards what the future is ready to bust down the walls. Perhaps the Ark arrived or perhaps it didn’t, either way there has been another apocalypse. Contrary to the Greek origins of the word, this apocalypse is no revelation but desolation. The ending—and, by extension, the future—exists in a kind of quantum superposition: it’s at all ends at once, the only way to know where it goes is to get there. What he does know, however, is that the dome will collapse, and the light of the world is going to come rushing into the bunker once again.

This Essay article was published in September 2021