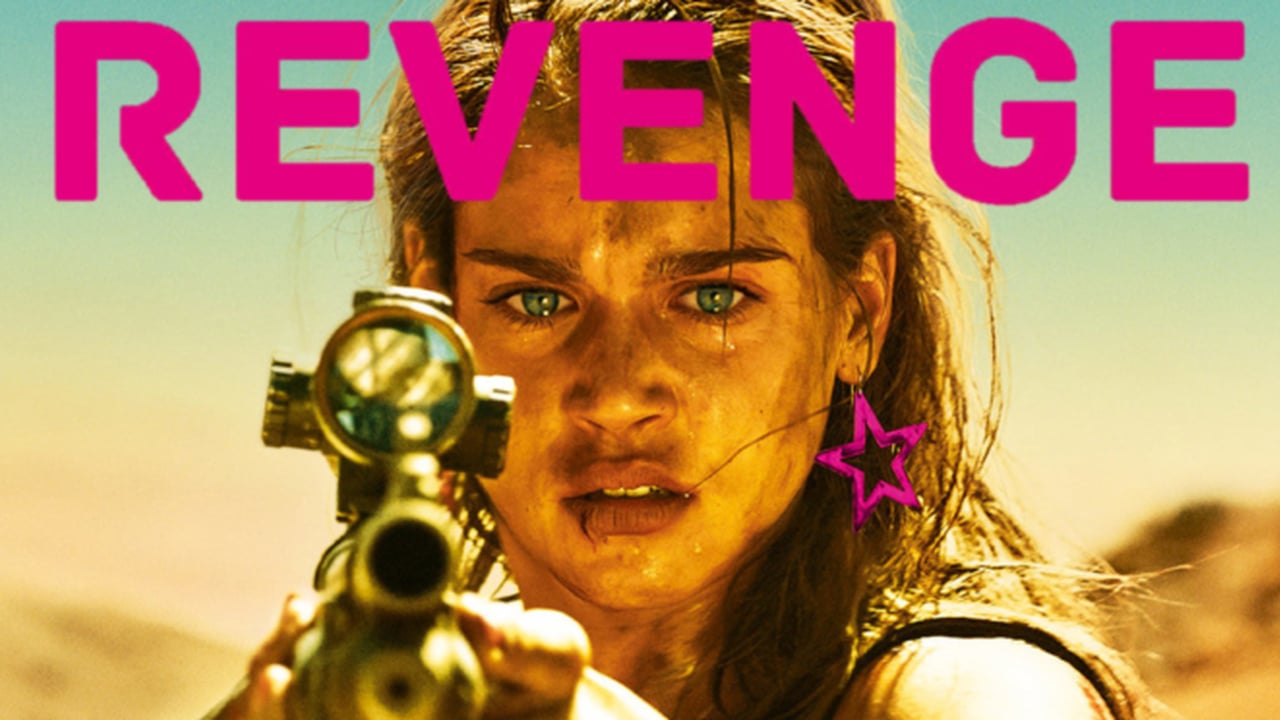 One of the main programmes of this year’s Imagine Film Festival is Kick-Ass Women, which focuses on women who kick ass or make kick-ass films. A perfect choice after a year of #metoo and discussion about equal pay amongst male and female actors in Hollywood. The main idea behind the theme is that the female voice might have something else to say as either storyteller or protagonist than what we are used to from male perspectives. With nine kick-ass movies, a shorts programme, a panel with some of the female directors, and several Q&A’s, this point is proven right at the festival, currently taking place from the 11th to the 21st of April in Amsterdam. Some of the highlights of this programme include Revenge (2017), Tigers Are Not Afraid (2017) and Lunch Ladies (2017).

‘From mistress to bad ass killer chick’, is how the female protagonist in Revenge, the directorial debut of Coralie Fargeat, could be summarized. It is probably the film that most literally fits the kick-ass women theme, by having a powerful woman both in front of and behind the camera. The plot is pretty much as simple as it sounds: a rape-revenge film. The beautiful Jen serves as the mistress of the rich Richard. They fly to his getaway house somewhere in the desert. When two of his friends visit to go on a hunting trip things escalate quickly when one of the guys rapes Jen. What follows is not the typical revenge plot, and here the title and plot synopsis may be slightly misleading. The three guys want to get rid of Jen, but when she manages to escape, they start hunting her. In this hunt, Jen, played by Italian model Matilda Anna Ingrid Lutz, transforms into a tough survivalist. The scenes leading up to this are definitely not for those with a weak heart or stomach, since a lot of gory imagery, pain, and blood is needed to create her. But the result is a revenge spree that makes you cheer, and occasionally laugh, for our leading lady. A spree that ends with a great exercise in tense directing. Not flawless, but very impressive for a directorial debut and a great symbol for the festival’s theme. Tigers Are Not Afraid

From female Mexican director, Issa Lopez comes one of the highlights of the festival in Tigers Are Not Afraid. It can best be described as something in between City of God (2002) and Pan’s Labyrinth (2006). It portrays a group of children in the Mexican drug war. They have lost their parents due to this war and manage to survive in abandoned buildings and other deserted areas in the city. The film shows us the perspective from Estrella, a 10-year-old girl who just lost her mother and joins a group of young boys. The leader, Shine, gives her a gun and asks her to kill the leader of the Huasca gang who chases them. They soon learn that they are chased because they possess something of value for the gang and things escalate quickly.

The strength of this film lies in the children’s perspective. Over one hundred thousand people have been killed due to the drug wars in Mexico leaving many young orphans. They have to survive and much of what we find normal in childhood is gone for them. Their situation is shown as a fairy tale, with some beautiful magic realism. For both Shine and Estrella this functions as a necessary coping mechanism. It makes you realize how tragic their situation is. Fantasy and imagination is the only way for the young protagonists to maintain hope. A film that is both devastating and beautiful and will likely make you shed a tear or two. Already one of the best films of the festival. There is also a special shorts programme this year, dedicated to the kick-ass women theme, with a very diverse selection of six shorts. Diverse in both quality, length, country of origin and form. I especially had a lot of fun with Lunch Ladies, a bizarre horror-comedy about two lunch ladies who are huge Johnny Depp fans and dream of making him the perfect burger. Meanwhile, they cook badly at a local high school and are far from popular. When one of the young female students insults not only one of the ladies but also her being a Johnny Depp fan things go haywire. What follows is a surprise menu with a very special kind of meat. Bizarre, disgusting and hilarious.

This Imagine Film Festival article was published in April 2018