In the Company of Men: Haifaa al-Mansour’s The Perfect Candidate 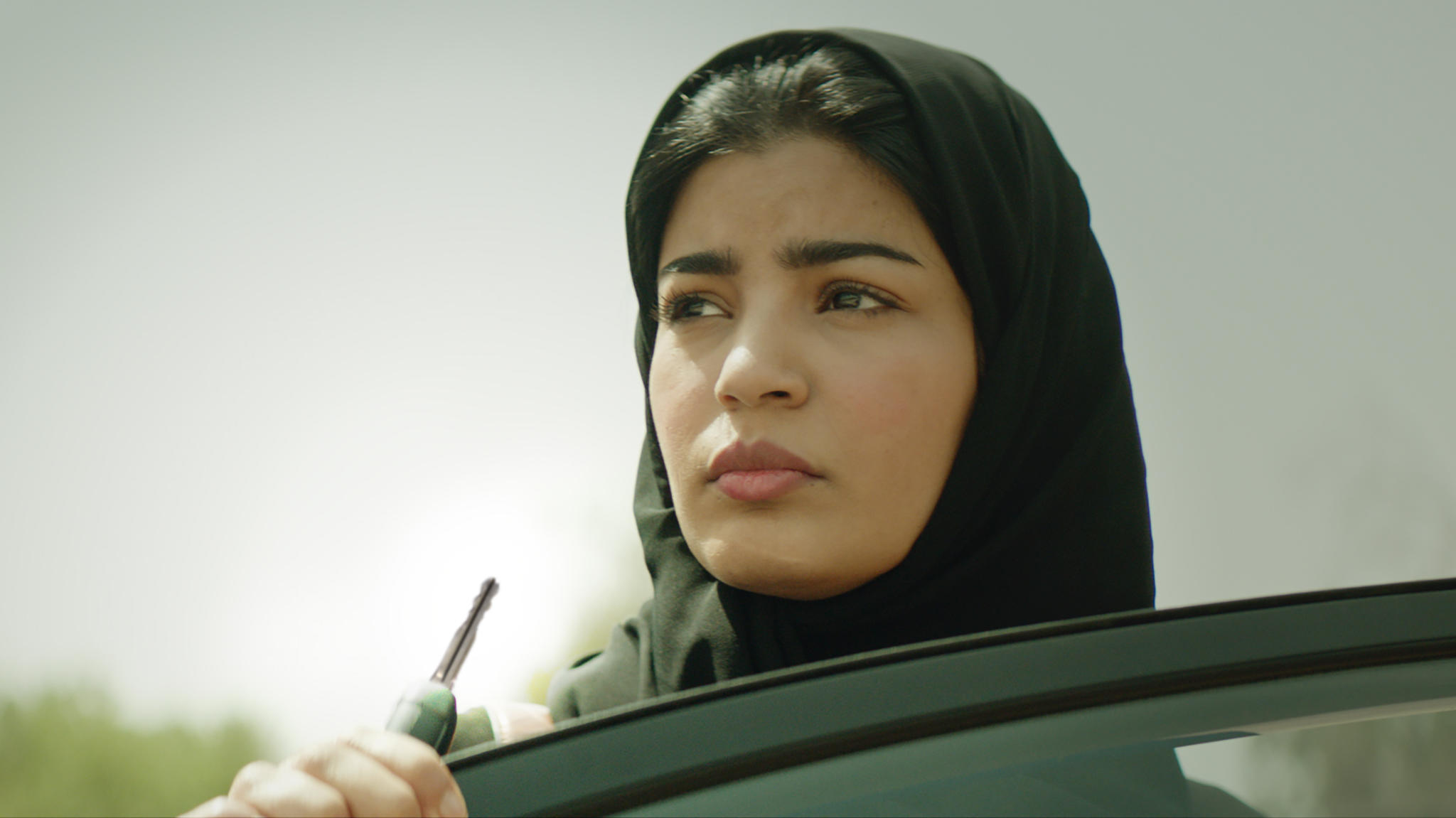 Following 2012’s Wadjda, Saudi Arabian director, Haifaa al-Mansour, brings us another coming-of-age story about women in contemporary society. The Perfect Candidate (2019) deals with an ambitious young doctor who is prevented from travelling to a conference in the capital because of an error on her permit. Even within the country, she cannot travel without permission from her ‘tutor’. For the unmarried Maryam (Mila Al Zahrani), this tutor is her father, a travelling musician who is currently out of range. When seeking help from officials to bypass this regulation, she ends up unwittingly enrolling as a candidate in the upcoming local elections.

Realising that she could have some influence on fixing the road which leads to the hospital where she works, she quickly gets to work on her campaign. Fed up with empty promises from hardened, self-serving politicians, she hopes at least to bring attention to the issue. But her campaign soon broadens its scope, as she starts to think about all the ways in which things could be changed. But her experiences on the campaign trail, which vary from disheartening to downright depressing, widen her view of the problems to be addressed.

In the context of her campaign, she speaks to a group of Saudi men through a screen in another room because she is not allowed to be alone with them. However when they refuse to take her seriously she comes out of hiding and speaks directly to them; never mind sharia. Here, art mimics life, as this story recalls the director’s own ‘campaign’ to make a film. In an interview with the French magazine Telerama, Al-Mansour explains that while shooting Wajda, she had to sit in a van, giving instructions to her male colleagues working in the streets of Riyad. This, for fear of causing trouble for being seen giving orders to a group of men. But one can only hide for so long. Of course, we can expect no Hollywood ending from this kind of situation. No sudden realisations, no deafening applause, no cathartic moment of total understanding. We are dealing with prejudice that runs very deep.

Of course, a mistake of Western viewers would be to imagine that our prejudices run any less deep. I grew up in Aotearoa/New Zealand and I remember being asked this popular riddle as a child: A father and son have a car accident and both are badly hurt. They are taken to separate hospitals. When the boy is taken in for an operation, the surgeon says ‘I cannot operate because this is my son’. How is this possible?

In arguably the most liberal country in the world, I could not come up with an answer to this question. Of course, the surgeon is his mother. It is clearly difficult to compare women’s struggles within different religious contexts, but such stories can serve to help us examine our own society rather than just critically observe that of others.

While it has been said that the niqab’s role is a form of female empowerment in the public space, Al-Mansour quietly shows that she believes the opposite. The joyous parties that the women have before the men arrive, full of dancing and happiness, are always shown to end with an announcement: The men are arriving, it’s time to cover yourselves. Here, this provokes a quick silencing, a general hush and sadness that starts to permeate the women as they prepare for the men’s company. While the film may be misconstrued by Western viewers who will focus on what they perceive to be archaic and useless practices, it is clear that the director herself, who now lives in the USA, is questioning this society and its practices too.

As Maryam’s campaign progresses, the way she covers herself changes: from wearing a niqab as well as covering her eyes for her first campaign video, she ends up doing away with the niqab altogether for her television interview. In France, where I watched the film, I felt wary of the excessive attention that is paid in this film to the issue of the women’s hijabs. Here, debate drags on, obscuring and trivialising the bigger questions, and providing Le Pen types with ongoing dog-whistle motifs. In the same way, viewers of the film here could easily take it at ‘face-value’, seeing only the headscarf debate in a film which is much richer than this in the way it questions not only appearance but the voices and actions of women too.

The strength of the film for me lies in the way that Maryam’s actions, rather than words, are what brings her any small success that she gains. She is a highly competent doctor and she carries out her work as a surgeon with professionalism and a compassionate bearing, even impressing the old man who initially refuses to be seen by a female doctor. As a politician she is totally self-sufficient, gathering help where she can and networking on her own despite the above-mentioned obstacles. She also gracefully admits defeat.

I can count on one hand the number of feature films I’ve seen in which the main character wore a headscarf (Asghar Farhadi’s A Separation springs to mind), and most of them have been documentaries. This film shows how a woman can succeed in Saudi society despite the massive confinements and constraints that they face. That the most famous Saudi filmmaker in Europe today is herself a woman is certainly heartening; omnia mutantur.

This Essay article was published in September 2020