India and its Many Songs: The Disciple & Pearl of the Desert 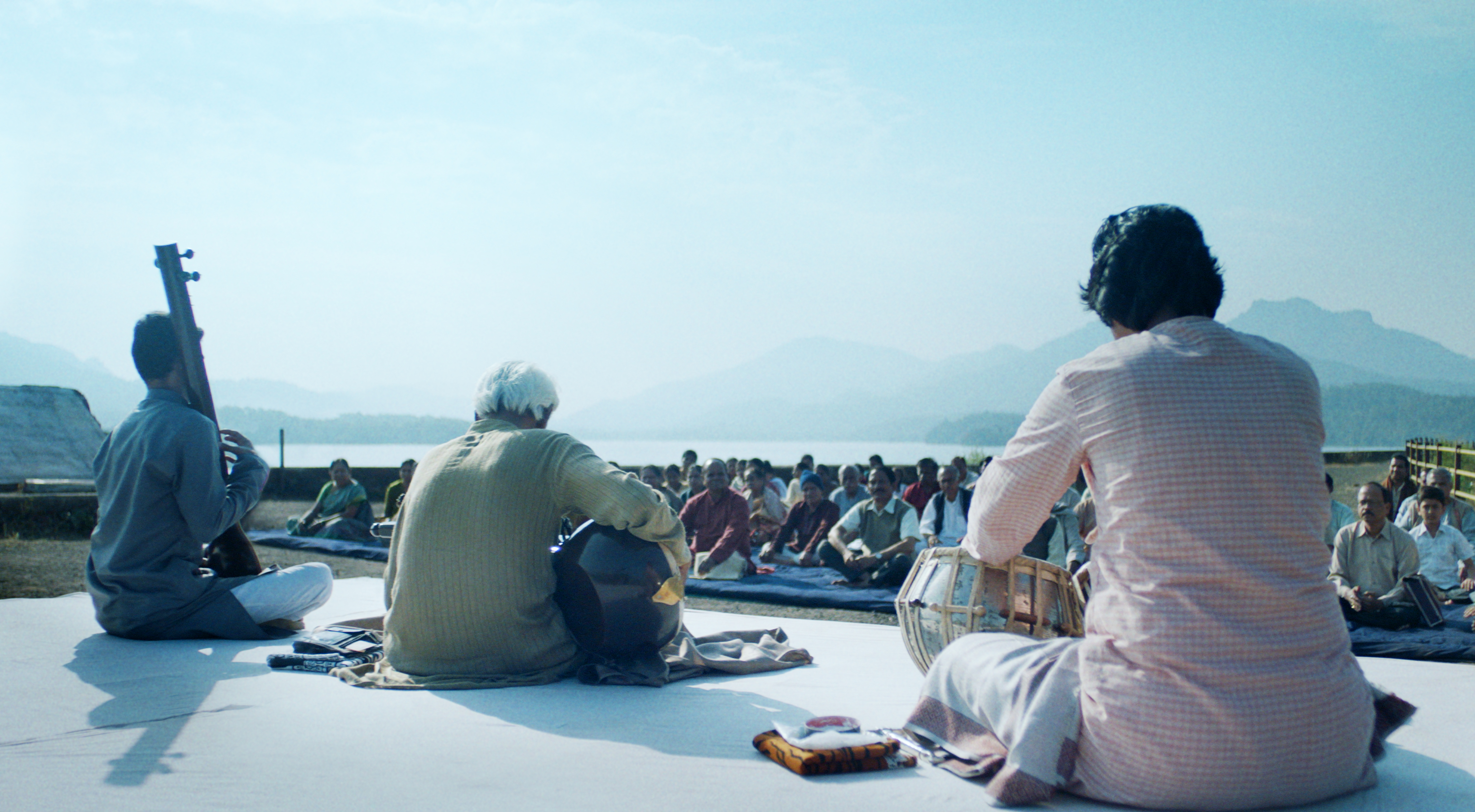 Music, as much as any other art perhaps, has the capacity to broaden our minds. And to drive us to a point of rigidity and moral superiority. It lies within a complicated nexus of nature, nurture, talent, honing, practice, and economics. All forms of music constantly traverse the dualities of watertight, generational rigidities and the eternal need for it to reinvent itself. Chaitanya Tamhane’s The Disciple (2020) tells the story of Sharad Nerulkar, who practices music with a pilgrim-like devotion, spending the better part of his life in anticipation of a transcendental mastering of the art. Pushpendra Singh’s Pearl of the Desert (2019) is about the young Moti, a Manganiyar musician in Rajasthan, who is at once the flagbearer of a centuries-old folk tradition and a young boy standing in the middle of a digital revival of every tradition, as we know it. The two films, which played at the Toronto International Film Festival, examine the many ways in which debates on art, music, and tradition make themselves visible in the daily lives of an India that stands at the intersection of modernity and tradition.

The teacher, or the guru, stands as the symbol of a rigid musical tradition in both the films—grappling to stay afloat amidst the waves of modernity. In The Disciple, the protagonist Sharad Nerulkar (Aditya Modak) lives a life that is dedicated to the service of his guru, played by Arun Dravid. As the audience witnesses Guruji’s deteriorating health and his state of virtual penury, they bear witness to the literal passing away of an age and an ideal. As Sharad becomes his guru’s primary caregiver, he stands at the cusp of being ushered into an inevitable modernity while he tries to hold on to the last dregs of a tradition he has built his life around.

Moti, a Manganiyar who belongs to a low-caste Muslim community, is also shown to be grappling with the tradition of his art form. Through the ages, the Manganiyar musicians have survived on the patronage of their upper-caste Hindu Rajput patrons. Moti, who, like Sharad, is the face of the future of his art, wants to break away from the taboos that are embedded within the history of the Manganiyars. Emboldened by the potential of his young age, he wants to go on creating music but in a way in which his sustenance doesn’t have to depend on the Rajputs, who treat him and his family with utmost disrespect. He doesn’t like attending school, wants to travel with his music but only after he empowers it from the control of its gatekeepers.

While the passing away of gatekeepers makes Sharad anxious, Moti revels in it. The sands of the desert that surround him in Rajasthan inspire Moti’s art. Sharad, on the other hand, prefers living with an insulated world that includes just him, his guru, and the promise of transcendence. The only other voice that enters his worldview is the voice of “Mai”: the recorded, rare lectures of his guru’s guru, Sindhubai Jadhav, who we never see but only hear.

Tamhane and Singh are masters at playing with the inherent dualities of their narratives. Singh seamlessly ties together his documentary storytelling with fiction filmmaking. Moti’s story of travelling to Australia to perform in a stage show is nothing short of a fairytale where the happy ending lies in the fact that he is able to hold on to what he loves without bowing down to the forces that disrespect him. Sharad’s final happiness also emerges out of a compromise he makes between tradition and modernity. Realising that his music is not the only way to serve his dedication to his guru, he pivots into founding a company that digitises classical music and packages them in USB drives. When he realises that he won’t be able to replicate his guru’s talent through discipline, he makes peace with the fact that there are other ways to serve a tradition than being enslaved to it.

It’s also interesting in the way both the filmmakers refer to technology and juxtapose it with traditional arts that are rigidly codified, both in text (in the case of Sharad and Hindustani classical music) and orally (in the case of the Manganiyars). When Sharad is not singing, he works at a music company that digitises rare music recordings, or listens to Mai. The Manganiyars refused to record their music till the 1960s believing that the tape recorder would steal their voice. When Moti travels to Australia and sings in front of a concert audience, he is the first person from his village to have travelled abroad. It’s a full circle for the history of the Manganiyars and their relationship with technology. As much as traditional forms seem to resist modernisation, it is through the intervention of technology that music becomes accessible and democratic.

Along with questions of access, both the films open up a larger debate of art and commerce. How does one measure the success of an artist? Is there a way to quantify fame and is the most talented always the most famous? And is the pursuit of fame a betrayal of the artist’s discipline? Sharad spends his life wanting to perfect his art while failing to win competitions or garner popularity. His peers, on the other hand, travel to the USA and perform in front of large audiences. Tamhane makes us wonder if a diasporic recognition legitimises an artist’s art. As much as Sharad wants to focus on being the perfect disciple, his worldview gets clouded by the glitz of singing competitions on the TV and the discouraging comments people leave behind on his YouTube videos. Is an artist’s art “good” only when others deem it so? Is talent, then, a thing that is determined by a force that lies outside of the artist, or is it something one is born with? Money, or the lack thereof, is an issue that plagues the Manganiyar community and especially with the loss of patronage, their art seems to be running the danger of becoming extinct. With Moti’s performance abroad and the international fandom surrounding the Manganiyars, one wonders if the adulation of foreign audiences is the only way this art form will survive.

Music is also never just music. With Hindustani classical, it is a practice that is guarded by the higher castes in India, it has a history that has worked to keep this music from becoming accessible to the lower castes. Most women who took to practising this music in the early years would not perform publicly, out of fear of ostracisation. Although the caste lines are not too overt in The Disciple, the gift of music is essentially one that is passed down the male line. Mai is given such a mythical other-worldliness that she is barely human, the other women (one Sharad’s co-student and another a reality TV participant) are sellouts in Sharad’s eyes and objects of both his envy and disgust.

Pearl of the Desert, too, shows the Manganiyar tradition to be a patrilineal one. The story, of course, is made more complex with the performers belonging to lower castes. With their art being considered “folk”, as opposed to the more serious and “legitimate” classical music, and being practised by Muslims under the patronage of Hindus, Moti’s journey becomes a radical overturning of hierarchies wherein the performers see a future that is not controlled by the Rajputs.

Both the films, apart from beautifully tying together images and music, manage to capture the essence of how important music is to the social rubric of the Indian society. Whether it be a singing beggar on a train, an over-sexualised reality TV participant, or a little boy singing among sand dunes and promising to never abandon music, music is a way of life in India and a succour for lives; even for the ones that are denied the right to access it, sing it, and play it.

This Toronto International Film Festival article was published in October 2020