Betzabé Garcia Reflects on Sinaloa, Mexico and The Future of San Marcos 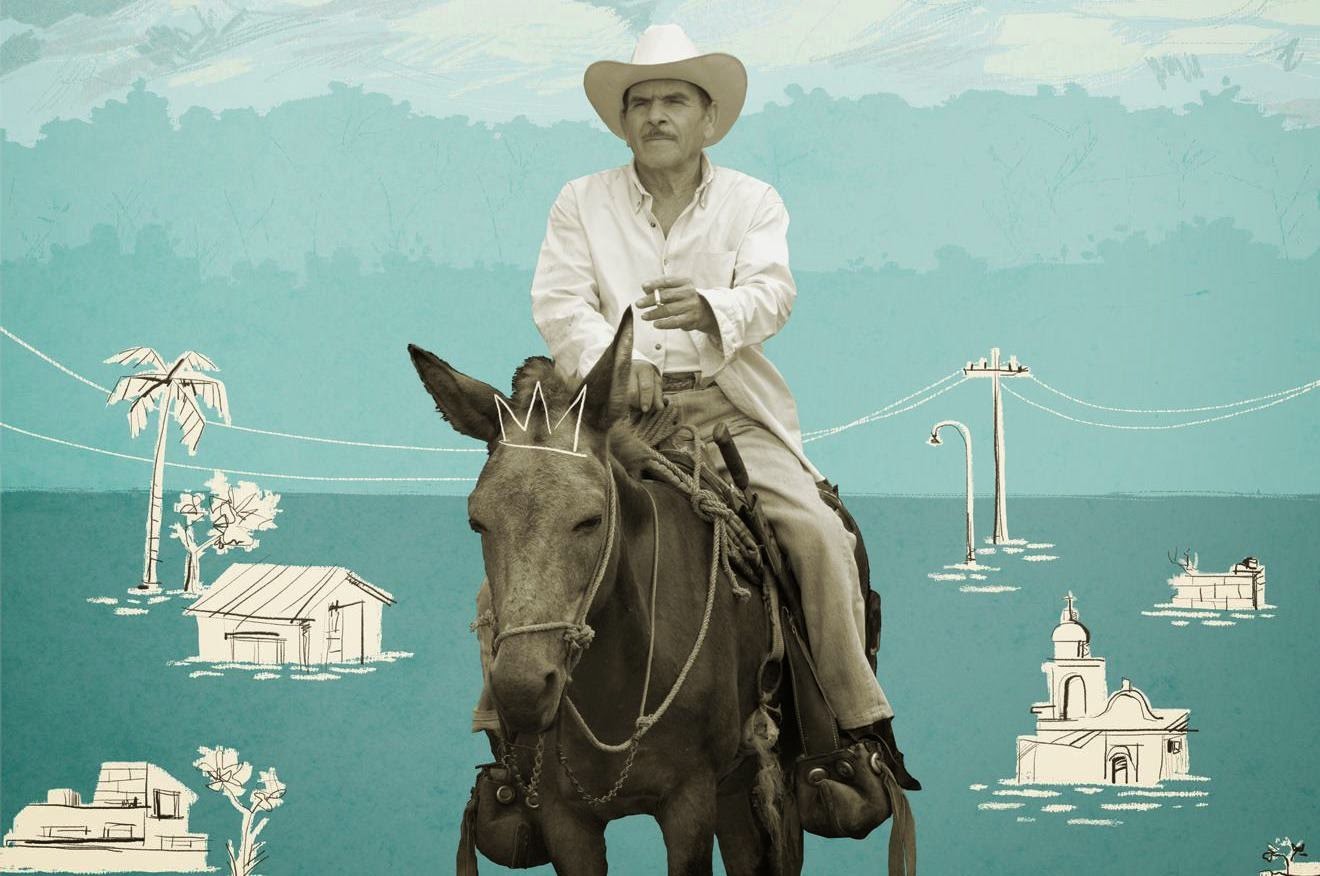 This fall’s Flaherty NYC series, programmed by Dessane Lopez Cassell and titled Aftermath, focuses on the consequences of conflict through various circumstances such as violence, erasure, or inequity. For Betzabé Garcia’s films, included in the program “Living Conditions”, the source of conflict comes from governmental negligence towards a community of small towns in the troubled state of Sinaloa, Mexico, where she is from. The Picachos dam, which began construction in 2006 and was completed in 2009, left several surrounding towns flooded, resulting in many residents abandoning their homes and relocating away from the dam. In the case of San Marcos however, some families never left, and have remained since the completion of the dam, resisting the need to migrate elsewhere.

The Kings of Nowhere (2015) and Unsilenced (2016) focus on the families that did stay and shows them go about their daily lives as they can. Some attempt to rebuild the forgotten town, while others have started a political movement in order to be recognized and properly compensated by the Mexican Government. Using ethereal sound design and static camera work, the film creates an idyllic setting despite the ruin and danger that always lingers in the outskirts of the town. Anthony Chassi spoke to Garcia prior to the screening of the two films at Anthology Film Archives.

AC: The two films, Unsilenced and The Kings of Nowhere are about the same area, San Marcos, Sinaloa, but are presented differently. One feels like a ghost story (The Kings of Nowhere) and the other a call for change (Unsilenced). Could you please elaborate on your process throughout the production of the two films?

BG: I came to know the village of San Marcos through my theatre professor Sandra Jaime. She invited me to produce a nativity play in the surrounding towns and it was through Razmo, a local that lived in the new San Marcos, who took me to visit the old San Marcos. From the outset, it appears to be an uninhabitable town and yet there are three families living there and trying to survive, like the family that own the tortilla bakery, making them every day. Once I arrived, I asked myself: “why are they still living there?” but I also felt the need to live there to understand. It’s an area that many fear, people have kept their distance for fear of the narcos, in addition to the flooding. But I found a community there, a friendship that has stayed woven throughout this time. Besides the films, I’ve brought artists and have tried to start connections so that the old town of San Marcos does not disappear. That is what is most important. In addition to that, we made a work of fiction as an exercise for school before and after that was when we decided to take a close look at the town and stay there for five years. It’s a never-ending relationship, my house is very close to the town and so we’re still in contact.

I felt a sort of optimism or resignation from the community in The Kings of Nowhere. For some, it’s just something they must go through, they stay not just because they want but also to remind people that there was something here before the flooding. I remember one of the townsfolk saying, “I came here to see the house of memories.”

Jaimito, Yoya, and Pani, who owns the tortilla bakery, are an example of resistance. San Marcos was a town that was destroyed by the Picachos dam, but these three are resisting and attempting to rebuild the town. Each family confronts it distinctly, whether it be through optimism or resignation, as with the case of Miro who feels that there is no escape and says: “When will I leave, who will rebuild?” while at the same time his friend Pani is attempting to rebuild. So, each person takes it in a different manner, with Pani being idealistic, waiting for the water to recede so that the town can be rebuilt, and the roads be paved again.

So, there are two sentiments in the town: One of attempting to rebuild and the other of wanting to leave but both end up staying anyway right?

Yes, above all, I look at it as an endurance test. Even though the damage was done to other’s homes, they continue resisting and stay there, listening to Banda Sinaloense. [laughs]

[laughing] I was hoping you could talk more about the kids playing Banda throughout the film!

I met them because the town had them do a serenata on San Marcos day. I thought it was so beautiful and figured it would be perfect for the film, so I asked them to return so we could film them playing. It’s raining in the scenes they’re playing and yet they’re still out there, playing with instruments they made out of scrap materials. They sounded great.

I was hoping you could speak more about the sound in the two films. They create a dream-like effect or something idyllic while juxtaposed with images of ruin.

I wanted to transmit what it was like to live in San Marcos and the best way to do that was through sound. The fear that comes over you from living in a place like San Marcos, embattled by narcos and violence, it seems to always be in the periphery. What scared me most was getting there, as the roads were where these violent groups would do their damage. Once you get into town the heat that radiates is something unreal and so I wanted to capture that, the fear, and all these other emotions that came to me through the sound design for which we later made a script.

You started filming this community at the age of 19. It’s been almost ten years since the dam has been inaugurated and in Unsilenced, we’ve seen a political movement to recognize and compensate these communities. Have there been change since you wrapped on the two films?

Pani became really inspired because of the films, he finished painting the houses in town and started doing more work in the new towns. Other than that, there wasn’t any change. I think what their activism has tried to fight for is some sort of recognition on the map, that this town does exist. They’ve told me that I’m always welcome to visit again after the films were released. Unfortunately, the government offered no long-term response, only when the film was travelling through the festival circuit. I think film helps bring change and in this case, we were able to set up networks with similar communities being affected by the construction of a dam in their town, such as the El Zapotillo dam in Jalisco.

How do you see Sinaloa in the future? Do you think some change is on the way or that there will be some sort of justice for these people?

I think there will be some in the future. Sadly, humans learn from their mistakes through pain and these cycles help us question ourselves and the value of life. In the case of Sinaloa, a state which I would say is sick, much of this pain comes from the devaluing of life and the narco culture. That isn’t to say that there is no love, resistance, or an urge to fight on. I have hope that there will be some change.

The final program of the Aftermath series screens December 10 at Anthology Film Archives.

This Interviews article was published in December 2018