Is Time Running Out For Hong Kong? 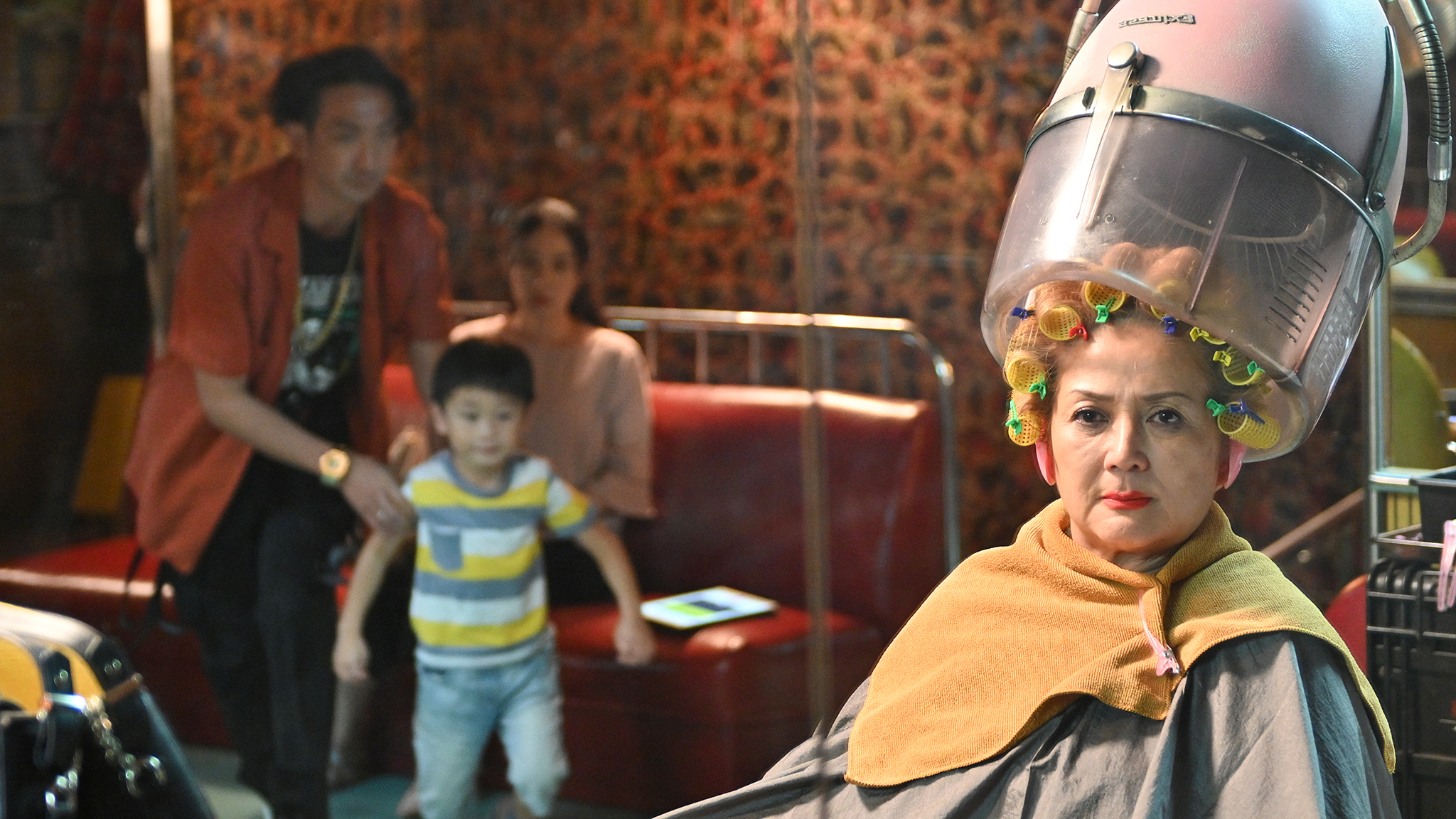 “I think this is really horrible,” says a small child in the opening scene of Decameron (2021). What follows is an essayist documentary that shows how part of life in Hong Kong in 2020 was indeed quite horrible. Last year at the International Film Festival Rotterdam, a whole programme strand was dedicated to Hong Kong cinema, revealing its current political, social and economic tensions through old and new films. This year, at the June edition of IFFR 2021, that strand is followed up on the festival’s new Harbour strand with Decameron and the assassin tragicomedy Time (2020).

Decameron starts with a shot from a train, gliding past a station without stopping. The intercom indicates the station is closed due to an emergency. The noise indicates a protest of some sort, and/or some kind of violence, though it is not entirely clear if the noise is also coming from the station, or rather from inside the train. The noise rises, but then there is a cut to a shot inside the train. Suddenly, the noise is gone and the image shows a tranquil train, with a few travellers wearing masks. It turns out this train is going to a graveyard of sorts, with a banner proclaiming “Hong Kong – Revolution in our time.” Next to a row of gravestones is a dug out patch of land, reserved for future graves.

Is this a real graveyard for those who have died during the ongoing protests for transparency and democracy, or an art project dedicated to those same victims, like several art projects that follow later in the film. Projects done in part because funding from outside Hong Kong and tours that were supposed to take place in the wider world are both cancelled when the global pandemic hits Hong Kong. Scenes of art projects, political protests and ongoing domestic life are intercut with sound, text and images of earlier pivotal moments in Hong Kong history. Ranging from the 1997 Handover to 19th century plagues, each time tied to extreme weather conditions that seem to accompany each event.

The news report on the Handover contains a speech from the last UK governor of HK, who still thought that “Hong Kong values” such as civic and economic liberty would prevail for the next 50 years. But, as he says, “history is not just a matter of date, history is what follows after.” And that recent history has proven him wrong. The focus on this speech and sentence, right after the opening sequence, also suggests that those supposed Hong Kong values have become that history already, as the power and influence of the mainland China government keep increasing, while the pandemic rages on around the world.

Which is why the protesters protest that “this is Hong Kong, not China.” The police close in on their location. Meanwhile, far away in another part of town, a man in a restaurant has no idea what kind of shit is about to go down. When his friend tries to inform him, he protests that it has nothing to do with him. He just wants to eat his meal without thinking about politics or the plights of others. These juxtapositions between present protests, present indifference and past events continue throughout Decameron. Suggesting that although things seem rather hopeless now, and some hardly even care, Hong Kong has endured and survived a lot in the past and might just still pull through to remain Hong Kong.

Time is as much a love letter to Hong Kong as Decameron, but in a different way. Time is a homage to the stylish crime cinema that Hong Kong used to be known and loved for, but at the same time a reflection on how those days have come and gone. Life goes on, even after death. At least, life goes on for Chau (played by 84-year-old Patrick Tse), after he has to resort to his past life as a hired killer. He has always taken pride in his precise knife skills, whether they were used to dispatch gangsters or make the perfect noodle soup. But he gets fired from his job as a cook by a noodle slicing machine.

Shortly after, his old team is assembled by their fearless leader Fung, who’s looking for renewed meaning of her life now that she is increasingly sidelined by her son and his wife, who want her to sell her apartment and cabaret club and put her in a retirement home, so they can use the money to send their little son to an expensive private school. The third member of the team is driver Chung (played by the inimitable Lam Suet), who sleeps in his van, struggles with his health and falls in (unrequited) love with his favourite prostitute.

Going on killing missions again was just what they needed to renew their licence on life. They have a very specific kind of target: the elderly, terminally ill or depressed, who pay them for what amounts to euthanasia. It’s both a commentary on how the former stars of Hong Kong cinema and entertainment have been left behind by the decline of the Hong Kong film industry (and the mainland Chinese take-over), and on how the elderly and sick are often left behind in Hong Kong society. Not being able to afford proper health care, for instance, is a recurring theme throughout Time. Time has passed by the Hong Kongers of yesteryear, and Hong Kong is running out of time in Time, as the twin forces of capitalist indifference and the encroaching totalitarianism of mainland China close in on ordinary Hong Kong citizens.

Yet despite the melancholy that hangs over it, Time is also a breezy comedy in which there is some hope for the future after all. In part thanks to the turn the story takes with the introduction of teenager Tsz-Ying. She also tries to get the trio to kill her, after her boyfriend left her, but when Chau refuses, they develop a sort of grandfather-granddaughter relationship. She even moves in with him so neither will be lonely. Shenanigans ensue, as these two very different generations try to understand each other (and do a better job of it than Fung and her son and daughter-in-law, or Chung and his prostitute). Her teaching him about apps even turns into a pivotal plot point during the climax of the film, which sees the return of old school martial arts action. The editing does a lot of the heavy lifting for Patrick Tse here, but this time that can be forgiven considering his age. Time is tragic yet cheerful, colourful and stylish elegy to Hong Kong cinema.